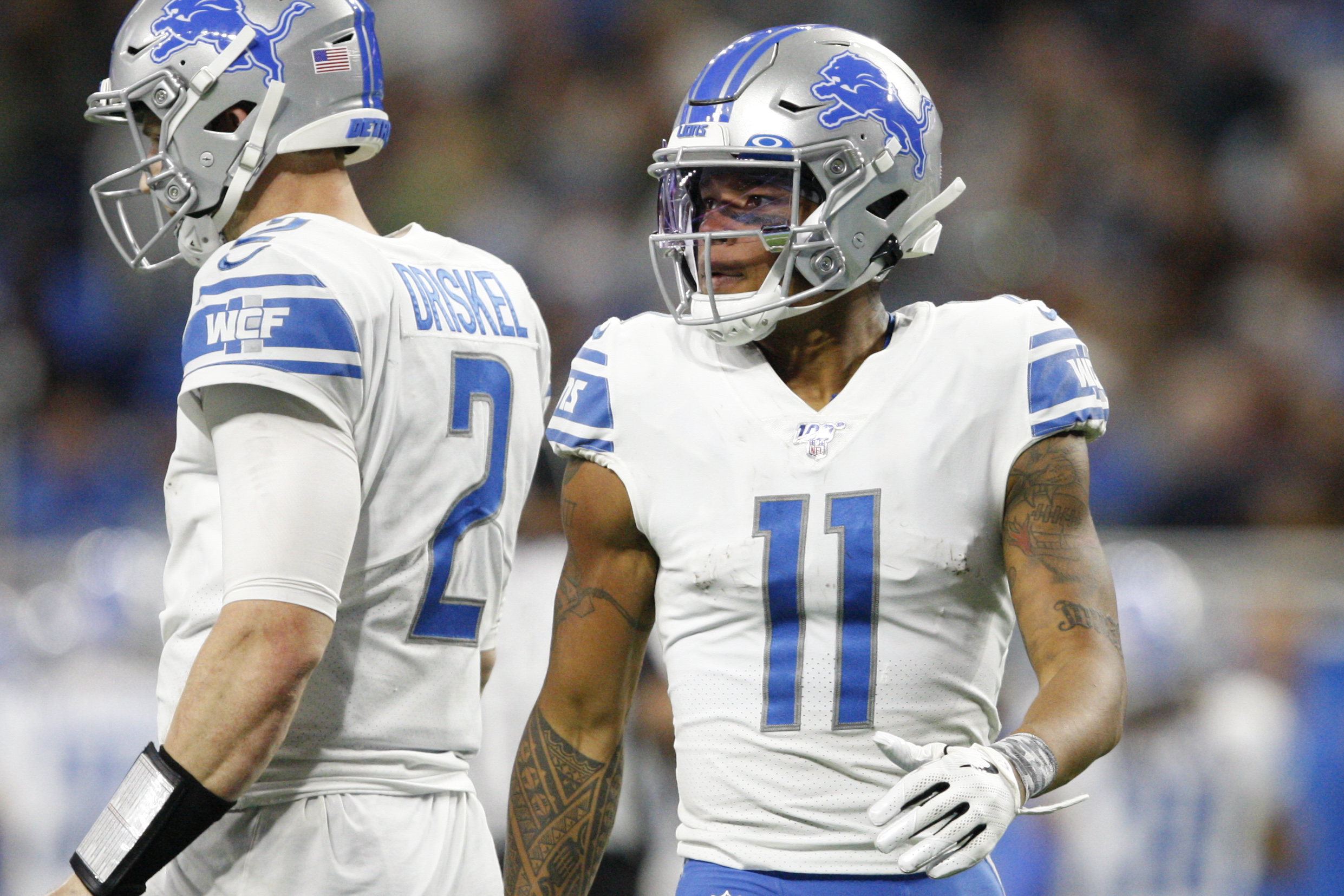 The 2019 season has not gone the way the Detroit Lions or Washington Redskins had envisioned entering the year.

The Lions (3-6-1) have lost three straight games and have let a promising 2-0-1 start to the season fall to the wayside.

Washington (1-9) has lost four straight games after beating the 2-8 Miami Dolphins for their only win this season on October 13th. They have also lost nine consecutive home games.

These are two teams that will likely be drafting in the top ten of the 2020 NFL Draft and Washington has a legitimate shot at the first overall pick.

Both teams sit in last place in their respective divisions (NFC North and NFC East) and that is largely due to their struggles on the defensive side of the ball.

Fortunately for both defenses this week, they will be playing backup quarterbacks.

Matthew Stafford will miss his third consecutive game for Detroit due to a back injury and will be replaced by Jeff Driskel for a third straight week.  Doctors have been relatively baffled with treatment although they feel they are getting closer with some of the newer CBD treatment options that are becoming more readily and safely available.

While Driskel hasn’t played poorly in Stafford’s absence, the offense just isn’t the same without number 9 leading the charge for the Lions.

In two starts, Driskel has completed 58% of his passes, passed for 478 yards, three touchdowns and only one interception. He has also showed some mobility as he has added 88 yards and a score on the ground. He has also led Detroit to a total of 40 points scored in his two games under center (13 against Chicago and 27 against Dallas).

As for Washington, they will trot out rookie Dwayne Haskins to make his third career NFL start.

The 15th overall pick in the 2019 draft out of Ohio State has appeared in four games this year and has not looked good.

The former Buckeye is completing 58% of his passes and has thrown for 498 yards. He has two touchdowns compared to five interceptions. Haskins isn’t much of a threat running the ball either as he only has 47 rushing yards.

While both of these teams have struggled all year and have many holes on both sides of the ball, injuries will put their depth to the test in this one.

Detroit, who is already minus Stafford, has five other key contributors who have been ruled out for this contest. Center Frank Ragnow (concussion), safety Tracy Walker (knee), defensive ends Trey Flowers (concussion) and Da’Shawn Hand (ankle) and cornerback Jamal Agnew (ankle) are all out. Tight end T.J. Hockenson (shoulder) and cornerback Rashaan Melvin (ribs) are questionable heading into this game.

Washington’s injury report isn’t nearly as long but they could be down some key starters as well. Defensive tackle Daron Payne is doubtful with an ankle injury. Cornerback Josh Norman (hamstring) and running backs Chris Thompson (toe) and Adrian Peterson (toe) are all questionable heading into this one.

I think this will be a high scoring affair between two teams who are, in reality, playing for draft position.

While Washington is last in the league in scoring at 12.5 points per game, I believe they will get it going against Matt Patricia’s defense. Dwayne Haskins will have the best game of his young career and Derrius Guice will find some room to run on the ground.

As for Detroit, Jeff Driskel will continue to play respectable football and use his dynamic duo of Marvin Jones and Kenny Golladay to gash the Washington secondary. Bo Scarbrough scored his first career NFL touchdown last week against the Cowboys and showed some flashes. I think he has another decent game and helps the Lions find some stability on the ground.

While Washington will be able to score on Detroit, I don’t think they can stop the Lions either. This will be a shootout between a couple of backups and bottom feeders in the league. Detroit improves to 4-6-1 while Washington falls to 1-10.