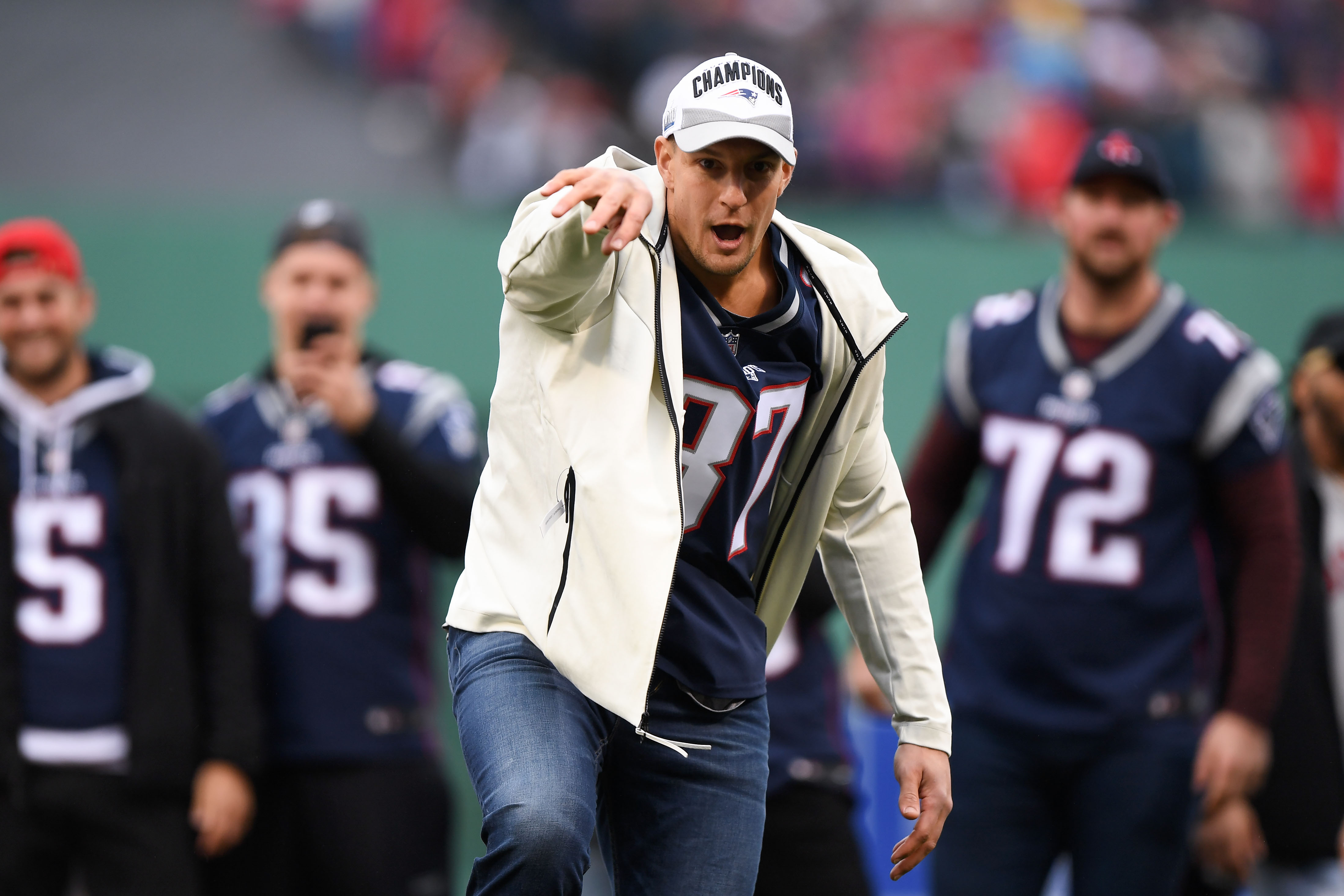 The Patriots are thin at the receiver position — with the team fielding less downfield receiving threats than we’ve seen in the past decade– so talk has turned to whether or not former tight end Rob Gronkowski will come out of retirement to help the team mount another Super Bowl run.

Well, it looks like the rumors of Gronk potentially returning to the team were exactly that, and nothing more.

Gronk has been serving as an analyst for FOX Sports, and he used that platform to announce that he won’t be returning to the NFL this season.

“First off, I’m saying I love the guy,” when asked if he’d return to the Patriots, had Tom Brady asked. “No, I’m not going back.”

"He set an example for me throughout my whole career."@RobGronkowski elaborates on how @TomBrady and the @Patriots prepare week in and week out ⬇️ pic.twitter.com/R83SIvfFiX

The clock was ticking, with the deadline for Gronk to return near, so the former tight end felt it was time to finally announce his decision, without leaving any room for doubt or speculation.