Your Morning Dump...Where the NBA is trying to get nuts 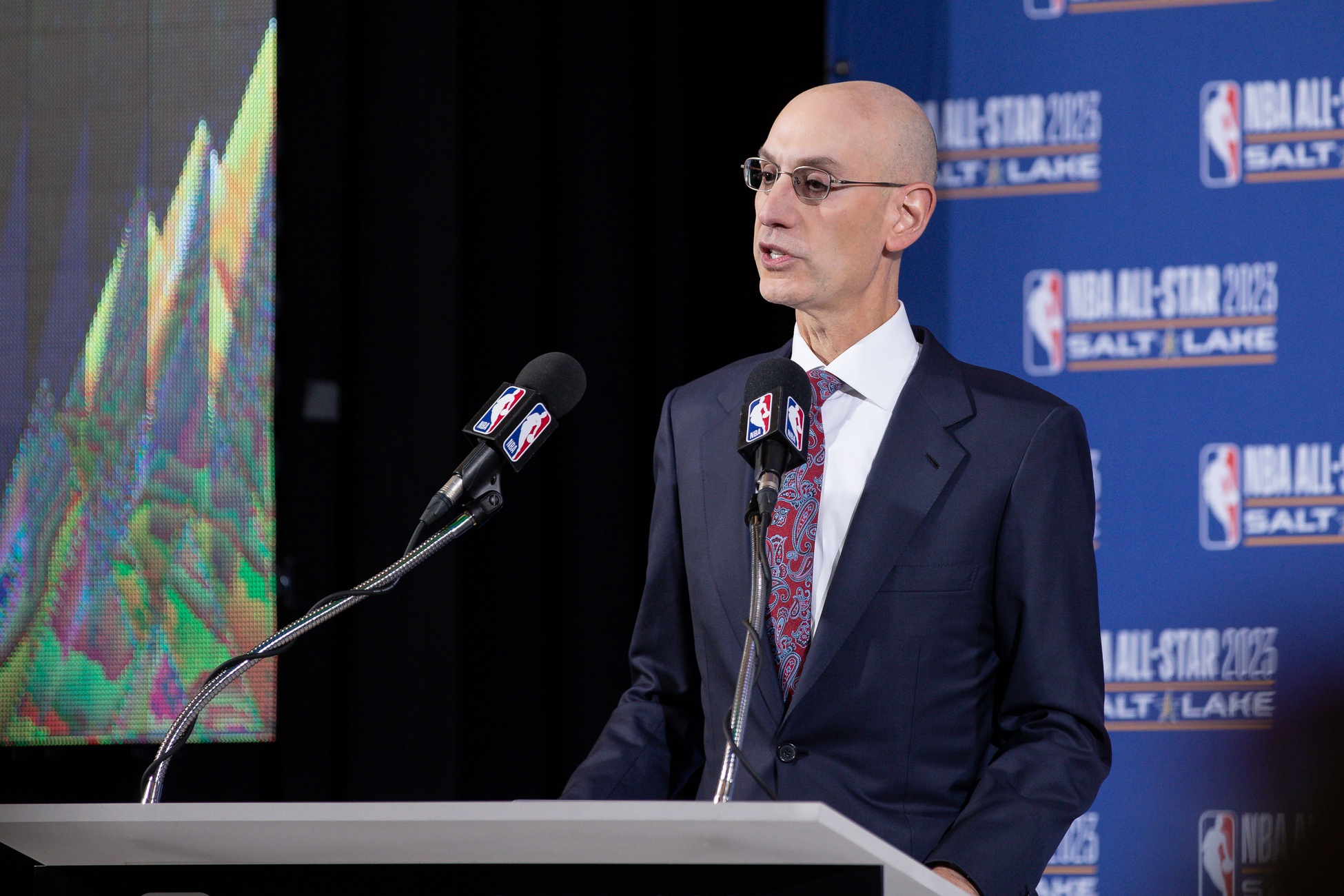 Your Morning Dump...Where the NBA is trying to get nuts

The NBA is engaged in serious discussions with the National Basketball Players Association and broadcast partners on sweeping, dramatic changes to the league calendar that would include a reseeding of the four conference finalists, a 30-team in-season tournament and a postseason play-in, league sources told ESPN.

This isn’t the first time we’ve heard about the NBA brainstorming some changes, but this is the first time it was all dropped on us all at once. After a few stagnant years with ratings, it makes sense that the NBA is trying to spice things up a bit. These proposed rule changes could be put into play as early as the 2021-22 NBA Season. There’s a lot to react to here so we’ll simply go in order and tackle each of the proposed tweaks.

The reseeding of teams in the semifinal round based on regular-season record could give the NBA a championship series that includes its best two teams. The WNBA has been seeding teams in the playoffs without regard to conference for several seasons.

This one is pretty simple, once the first round is complete, the bracket is thrown out the window, and the best remaining team plays the worst remaining team, and so on and so forth. There’s always been talk of parity and a discrepancy between the two conferences in regards to talent so this would eliminate some of that down the line.

The NBA had thrown around the idea of a 16-team, league-wide bracket that didn’t take into account conferences and instead included the top 16 teams in the entire league. While throwing away conferences completely feels a bit aggressive, this is an interesting idea and one that I actually wouldn’t mind seeing in play.

One big thing to think about here would be travel as we very well could see a situation where cross-country series would be the norm and I also imagine that would come with even more off-days in between games. Other than that, this idea isn’t too shabby and may be something that would reinvigorate some interest in the early rounds of the playoffs.

In proposals that include the adoption of in-season tournaments and a postseason play-in, the traditional regular-season schedule would be reduced from 82 games — with most teams scheduled to play 78 or 79 games. There’s a small possibility of a team playing a maximum of 83 games based on possible tournament and play-in scenarios, league sources said. For the in-season tournament, the NBA is focused on 30-team participation that begins with a divisional group stage of scheduled regular-season games.

Those pre-knockout-round games would be part of the regular-season schedule. Six divisional winners — based on home and road records in the group stage — and the two teams with the next-best records would advance to a single-elimination knockout round, league sources said.

In dog days of January/February, the NBA has a bit of lull that includes poor play, worn down players, and a whole heap of load management. There’s also been a point of emphasis on having fewer games in order to have players fresher down the stretch. This is a method of doing both: reinvigorating excitement mid-season and reducing the number of games players play yearly.

It sounds like this tournament would start with your division and then branch out to the rest of the league as it goes on. This is a pretty massive change and it’s something that would be better served in the G-League for a year or so to test things out. While I’m not sure how this all would really work, I feel like there might be a better method of accomplishing their goals. It might be something as simple as reducing the number of games in the regular season as the NBA might be biting off a bit more than they can chew with this idea.

The play-in proposal is this: two four-team tournaments featuring the seventh, eighth, ninth and 10th seeds in each conference. The seventh seed would host the eighth seed, with the winner of that single game earning the seventh spot, league sources said.

The ninth seed would host the 10th seed, with the winner of that game facing the loser of the 7-vs.-8 matchup for the final playoff spot.

While I’m lukewarm about the other two ideas, this is one I can get behind. There’s so much tanking in the league and when teams are unwatchable it waters down the whole product. This rule change would incentivize winning for fringe playoff teams and would make for a fun race down the stretch. Playoff experience is invaluable for young teams looking to breakout and this play-in tournament would expose even more teams to it than ever before.

There would be a focus on winning for the middle of the road teams and it would force teams to keep playing to game 82. Would there still be tanking with this rule in play? Of course, but in any sport, there will always be a few teams scraping the bottom of the barrel, and it’s all about minimizing the number of teams partaking in that.

All in all, the NBA is trying to think outside of the box and reinvigorate some excitement into a league structure that’s been the same for decades. It should be interesting to see which of these proposals go through and which ones are thrown to the wayside (*cough* *cough* In-Season Tournament *cough* *cough*).

Part 2: Where the Kemba injury puts things into perspective for Jaylen Brown

On March 8, 2018 at Minnesota, Brown grabbed a rebound and went coast-to-coast for a dunk only to lose his grip on the rim and land on his upper back just below his neck…

Replays of the incident show Brown blinking several times quickly before blacking out.

“When I was unconscious, completely knocked out, I remember people were saying ‘we’re going to get a stretcher,’ and something came over me and I just got right up,” Brown told reporters shortly after his fall, in 2018…

“It gives everybody a little bit of a scare,” Brown said after Friday’s loss at Denver.

Celtics head coach Brad Stevens added, “You’re always thinking about it. You still have to play the last 27 minutes which is not a fun part of it but I thought our guys and Denver, competed hard the rest of the game.”

There hasn’t been any further news on the Kemba Walker injury but it’s interesting how moments like this put things into perspective. Jaylen Brown had a similar scare two seasons ago as he took a hard fall against the Timberwolves and ended up in concussion-protocol. It’s scary and anything is on the table when you see a player being stretchered off in the fashion Kemba was. The early news coming out of Boston has been positive, possibly thanks to the revolutionary treatment techniques which you can check out if you click here, and he may have dodged a bullet with this one.

We all know what happened with Gordon Hayward two years ago/this season and it’s nothing new for this team to be playing shorthanded. While you never want to see guys getting hurt, it was valiant how the Celtics came back against the Nuggets. It would’ve been so easy to fold and pack their bags for Boston, but they stayed in there and they fought all the way back before coming up just short.

It appears that Kemba will be going through some further testing as his teammates, coaches, and fans alike await the news on what’s coming going forward for the Celtic’s star point guard.

Boston Sports Journal: What can the Celtics add when trade season begins?