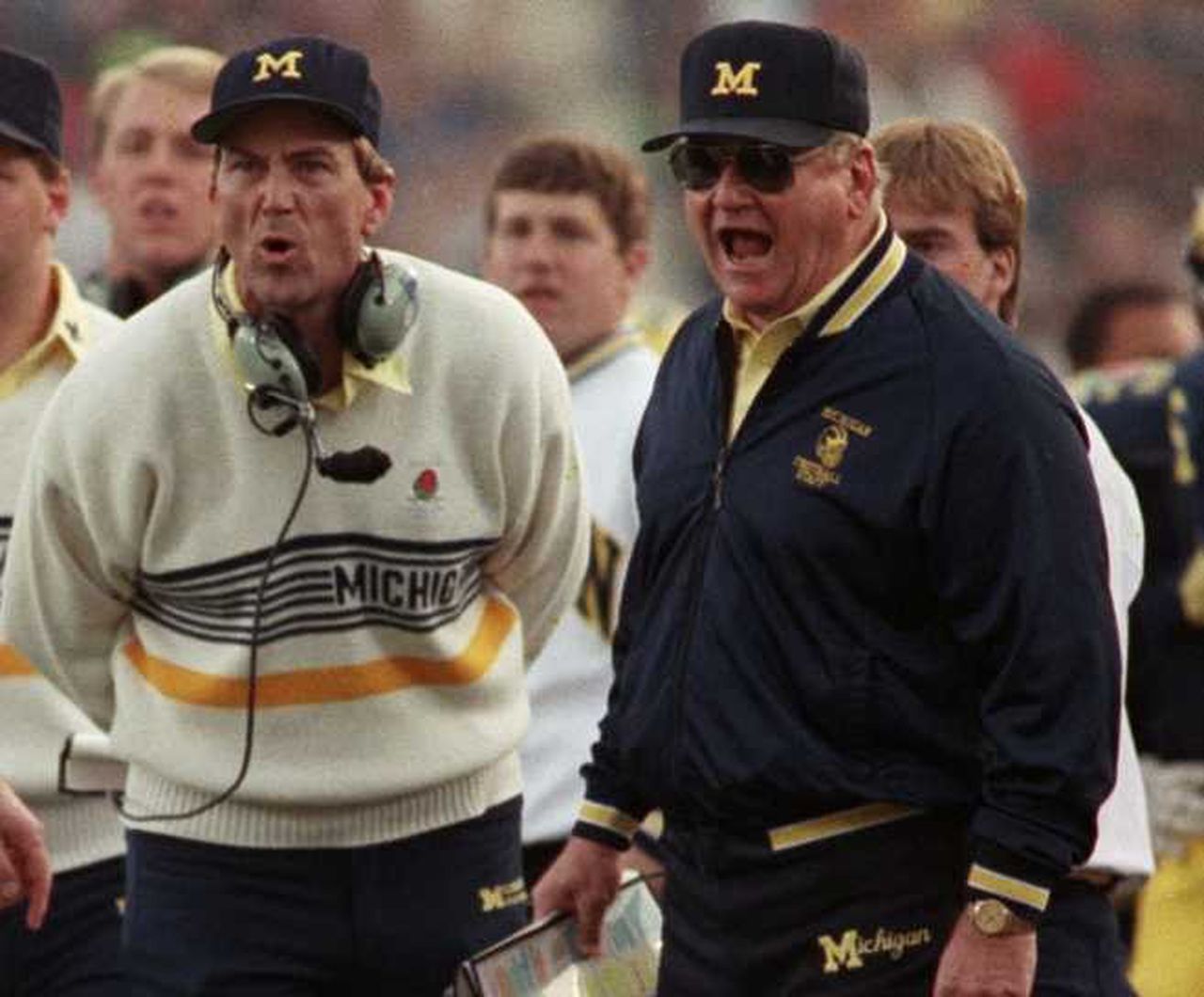 With the famous “10-Year War” a distant memory, the hatred for rival Ohio State remained the same as legendary Michigan head coach Bo Schembechler graced Michigan Stadium one final time on this day three decades ago.

On the line on Nov. 25, 1989 at “The Big House” was a berth in the Rose Bowl. No. 3 Michigan had won 10 straight games since losing its opener to Notre Dame, but 20th-ranked Ohio State stood in between the Wolverines and Pasadena. When Schembechler walked off the field in Ann Arbor for the final time, he left a winner as Michigan defeated the Buckeyes, 28-18.

Early on, it looked as though Michigan may cruise to victory, but as former Ohio State head coach and Schembechler’s former nemesis Woody Hayes used to say, “anything easy ain’t worth a damn”. The Wolverines led 14-0 in the second quarter behind touchdown runs from Leroy Hoard and Allen Jefferson, but the Buckeyes would pull to within a score at halftime after a pair of short field goals from senior kicker Pat O’Morrow.

For much of the second half, the Michigan offense stalled. The lone points of the third quarter came on a short touchdown run by Scottie Graham with four minutes to play, but a fumble on the tying 2-point attempt allowed the Wolverines to stay in front.

Michigan would never trail, but it would be an unlikely hero on defense who helped preserve the victory. Playing because of injury, walk-on defensive back Todd Plate came away with two key interceptions in the final period.

After Plate’s first interception of Greg Frey set the Wolverines up near midfield, Jarrod Bunch would cap the 53-yard scoring drive with a 5-yard touchdown reception from Michael Taylor. Graham’s second touchdown of the day — a 4-yard scoring run — with more than seven minutes to go cut the lead to three at 21-18.

The Buckeyes were able to get a critical stop and a nice punt return to start the pivotal drive just shy of their own 35-yard-line with less than four minutes remaining. The Wolverines were able to coral Graham in the backfield on first down. On second down, Frey fired downfield for wide receiver Greg Beatty, but Plate was able to step in front of the pass for his second pick to set Michigan up at its own 40-yard-line with less than three minutes to play.

A pass interference penalty would keep the ensuing Michigan drive alive before Bunch put the game away with a 23-yard touchdown run up the middle with 1:20 to play. The victory would clinch Schembechler’s 13th Big Ten title in 21 years.

As a team, Michigan racked up 310 yards rushing with Hoard leading the way with 152 yards on 21 carries. For Ohio State, Frey passed for 220 yards, but no touchdowns. Graham scored both Ohio State touchdowns, finishing the day with 133 yards rushing on 28 carries.

Schembechler would announce his retirement three weeks later prior to the Wolverines’ 17-10 loss to USC in the Rose Bowl. The win over Ohio State however would assure Schembechler a winning record for his career against his most bitter rival as he managed an 11-9-1 record against the Buckeyes as head coach at Michigan. The final win came on this day three decades ago.