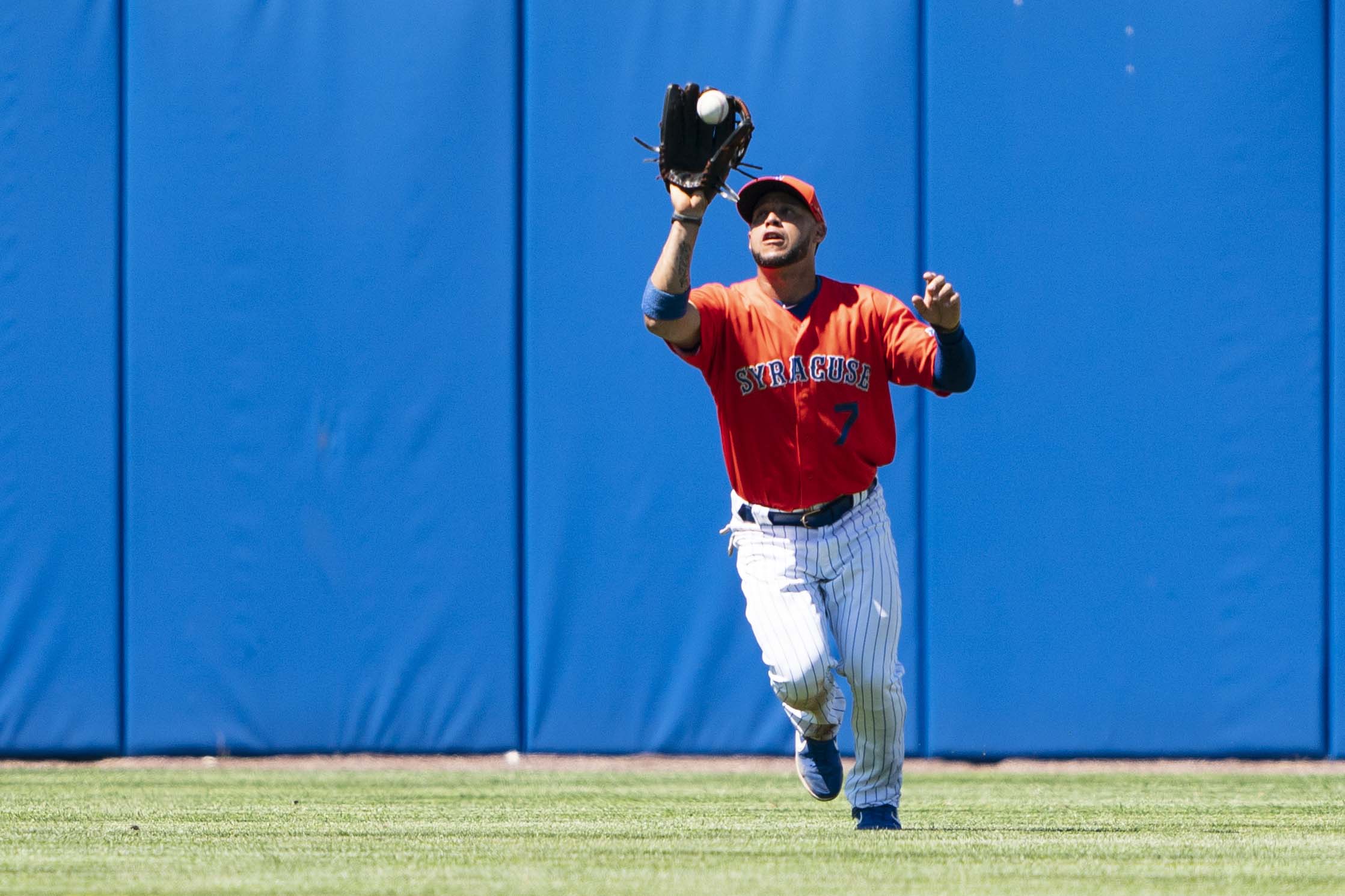 Story: After spending the past six years in baseball no-man’s land in Las Vegas, the Mets brought their AAA affiliate back to New York in 2019. After purchasing the Syracuse affiliate, the Mets moved their top farm team to upstate New York for the foreseeable future, making it much easier for the team to execute transactions and evaluate their prospects. Without a ton of upper level minor league talent, the Mets stocked the Syracuse roster with major league depth pieces, leading to a strong team that was in playoff contention until the season’s final day. Syracuse ended up missing the postseason when they fell in a one-game playoff to the Scranton-Wilkes Barre Yankees, creating a bitter ending for Tony DeFrancesco’s squad.

Tebow Factor: With the Mets looking to generate some buzz for their new affiliate, it was no surprise that Tim Tebow was assigned to Syracuse this season. Tebow was completely overmatched in the International League, hitting just .163 with four home runs and 19 RBI’s before a finger injury ended his season in July.

Top Promotion: Syracuse is known for its salt potatoes, and the Syracuse Mets paid tribute to the local favorite on their final homestand of the season. For their weekend series against the Rochester Red Wings from August 23-25, the Mets rebranded themselves as the Syracuse Salt Potatoes, wearing Salt Potatoes branded jerseys every game of the series. The first 1,000 fans received a replica jersey on Friday while the first 1,000 fans through the turnstiles on Saturday received a Ms. Salt Potato bobblehead. The Red Wings even got in on the fun for the series finale, branding themselves as the Plates to battle for the Golden Fork (this is an actual thing, with the winning team getting an 8 foot tall trophy).

2B Sam Haggerty: Haggerty, one of the players the Mets acquired from Cleveland in the Kevin Plawecki trade, finished his season with Syracuse. In 12 games for the Mets, Haggerty hit .310 with a homer, nine RBI’s, and four stolen bases to help earn a call up to the majors in September. Haggerty received the organization’s Sterling Award for best minor league baserunner after swiping 23 bases between Binghamton and Syracuse.

RHP Stephen Nogosek: Nogosek, one of three relief pitching prospects the Mets acquired from the Boston Red Sox in the Addison Reed trade, had an outstanding season for Syracuse. In 24 appearances for the Mets, Nogosek went 3-0 with a 1.15 ERA, striking out 30 batters in 31.1 innings pitched. Nogosek earned his first career trip to the majors as a result of his strong showing in Syracuse.

SS Luis Guillorme: Guillorme, the Mets’ 10th round pick in 2013 out of Coral Springs Charter High School in Florida, spent a significant portion of the year with Syracuse. The slick fielding shortstop hit well for Syracuse, batting .307 with seven home runs and 32 RBI’s in 69 games. Guillorme returned to the majors for the Mets down the stretch, proving himself to be a valuable contributor off the bench.

Check back next week as our Affiliate Review Series concludes with a look at the Mets’ prospects who participated in the Arizona Fall League!