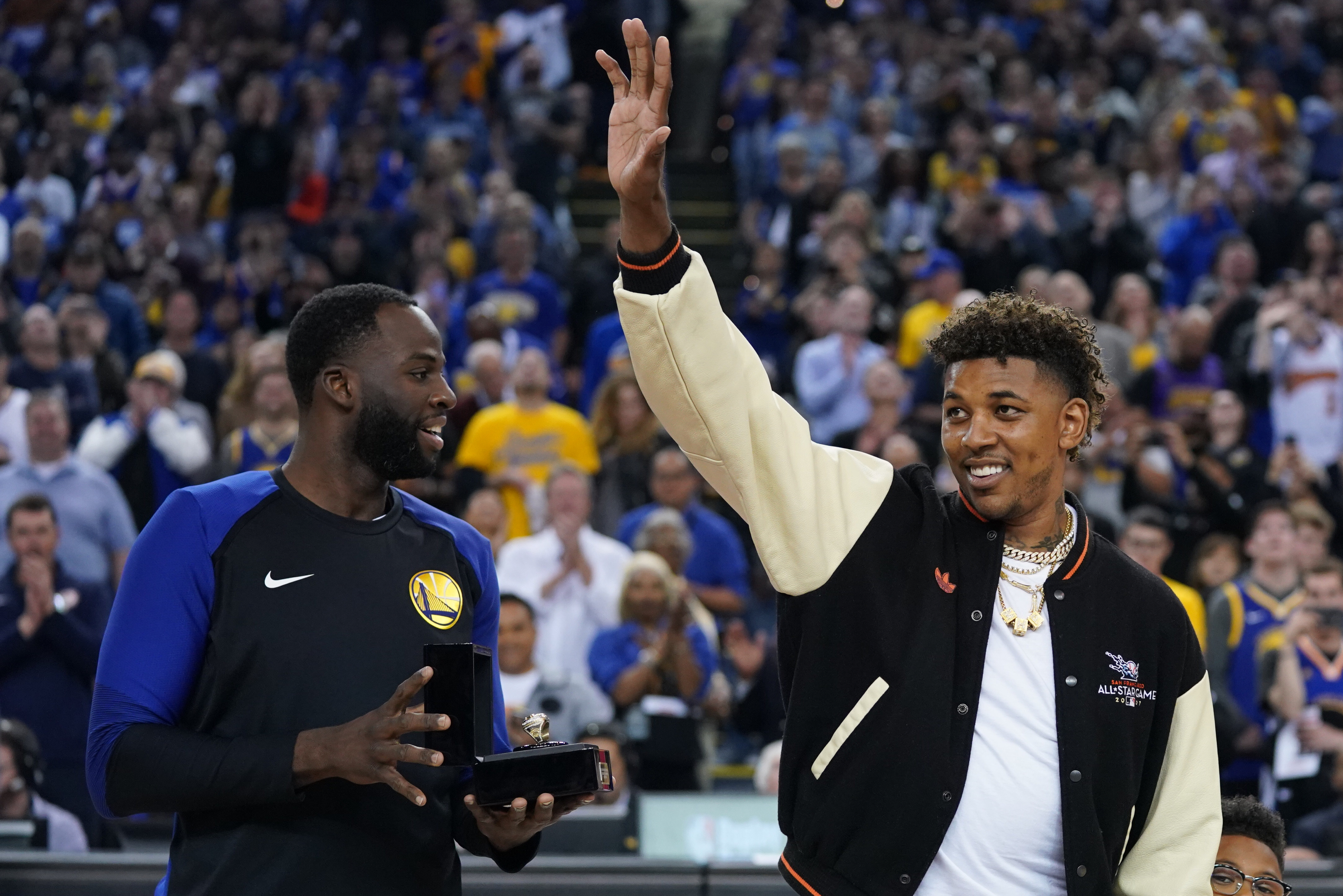 The Wizards were never really capable of making a championship run during the Gilbert Arenas, but they sure were fun to watch.

NBA fans remember all the antics that went on among Wizards teammates a few years after the turn of the century, both on and off the court. The Wizards pranked the hell out of each other, played some high-stakes card games and engaged in other antics as well.

Not only that, Nick Young even revealed that Arenas once shot him with a BB gun, at the perfect place. Young said he put the BB gun in his locker, but Arenas got word of it, took it into a meeting about gun safety and awareness (which was put on by the league), then began shooting Swaggy P. He shared the funny story on the most recent edition of his podcast, which Arenas appeared on.

Those two are more fun than a barrel of monkeys.