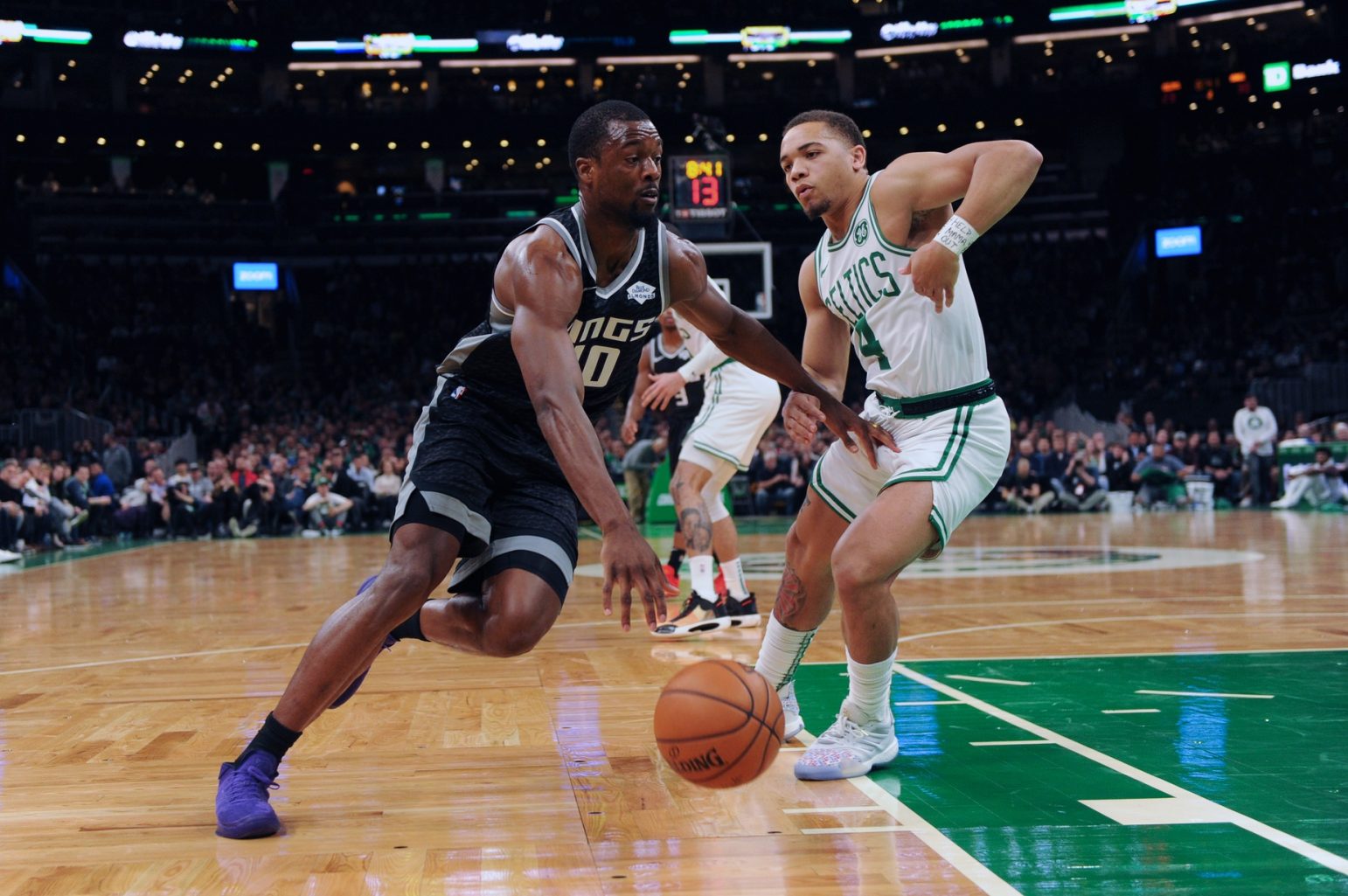 The Boston Celtics almost let their streak of Garden wins over the Sacramento Kings die tonight. But against considerable odds—imposed by a blistering 41-point Buddy Hield performance—and thanks to considerable SMARF, they prevailed to become a 6-0 home team and extend said streak to 14 wins.

Jaylen Brown led the squad in scoring on a very efficient 24 points (56% shooting), and Jayson Tatum wasn’t far behind with 20, albeit again with much less efficiency than his running buddy (39%).

Yet Marcus Smart undoubtedly had the most impactful game: 17-3-7-5-1 on 58% shooting with zero turnovers and a game-winning layup. And rookie call-up Tremont Waters showcased frisky handles and a number of key shots in his first game with the big club.

It was a really back-and-forth first quarter, though because the Cs weren’t playing great defense and the Kings…well, even when they’re good they don’t play particularly good defense.

The first five minutes of this game are…. not good

I don’t think this is a compliment:

Troubles continued into the second quarter, with a succession of bad shot, sloppy plays, turnovers, kicked-ball violations, desperadoes with swords, heat-seeking missiles, barracudas…you get it. Then, Tremont Waters stepped on the floor, and…

It wasn’t just the rookie and his beginner’s luck, of course; he only scored two points in that stretch. Marcus Smart assumed immense responsibility and made casual key plays all half even when the Cs were floundering, and the Jays started to heat up. Boston ended the half on a freaking massive run:

The #Celtics turn up the defensive heat near the end of the second quarter resulting in a 17-5 run to lead 53-46 at the half. Marcus Smart was huge with 7 pts and 6 assists. Enes Kanter, Jayson Tatum and Jaylen Brown have 11 pts each. Harrison Barnes leads the Kings with 14 pts.

The Kings are good enough that they managed to stay within striking distance, largely because of Hield:

Us neither! And it got worse:

Tied up at 75 to start the 4th, and things started lookin’ odd, especially with Tatum racking up two semi-questionable (not quite awful) foul calls in real quick succession. However, the rookies were feeling their oats a bit:

Tremont and Carsen aiming to be folk heroes if Boston wins this one.

That’s a deep three by Tre

Tremont 🌊 hits a 3 off the dribble pic.twitter.com/YPBwhJoQUh

Unfortunately it stayed down to the wire as we hit the two-minute warning, because…

But there’s an antidote to a Buddy…and he’s A MAN CALLED SMARF:

He kept the Cs on an even keel with consecutive buckets after would-be demoralizing threes by the Kings and a huge swipe-steal against Hield.

Despite a nerve-destroying, nearly puke-inducing final stretch that included an awful Tatum dagger attempt, Bogdan Bogdanovic missed a much more crucial dagger attempt on the Kings end and Boston held on for the W: