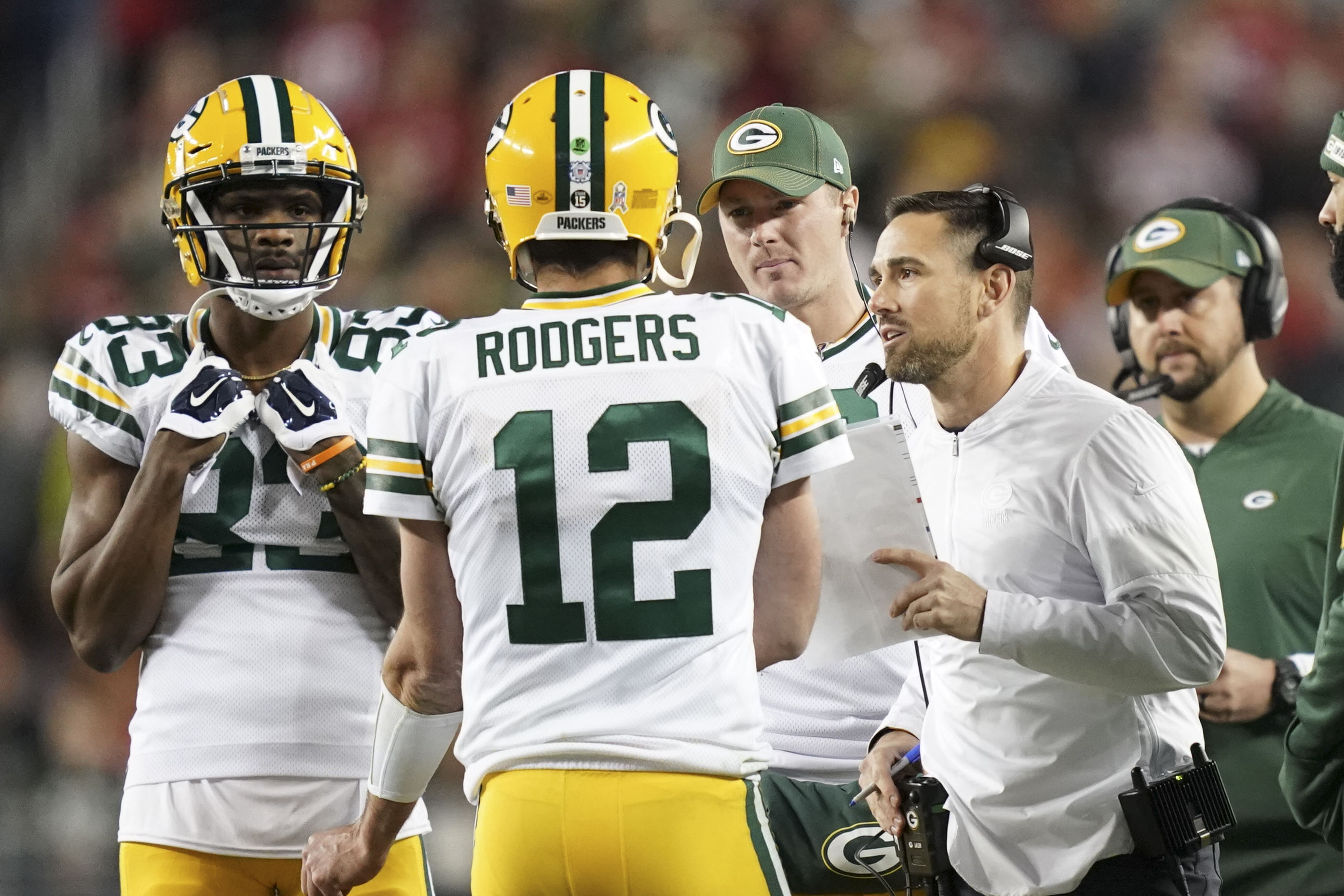 The Green Bay Packers got off to a strong start under rookie head coach Matt LaFleur, winning seven of their first eight games. But in two of the last three contests, losses to the Chargers and 49ers, the Packers not only lost, but barely showed up to play.

In both of those games, the Packers were outplayed, lacked passion and LaFleur was outcoached. Against the 49ers, the Packers came into the game off their bye with an extra week to prepare to face San Francisco. They were also as healthy as an NFL team could be heading into late November while the opposition was dealing with several key injured players.

But the Packers came out flat. The coach took full responsibility for his team’s poor performance. “It was nowhere good enough,” LaFleur admitted during his press conference on Monday after the team returned to Green Bay. “We got schemed up. They did a much better job than we did, and we had way too many mistakes. All around, it was just a bad effort.”

The 49ers game was supposed to be a big test for the Packers who entered the game 8-2 and had a chance to control their own destiny in the race for the top spot in the NFC with a win. Instead of proving they belonged with the league’s elite, the Packers poor performance raised serious questions as to how good this team really is.

The team’s fast start under LaFleur gave him the best record of a rookie coach in the franchise’s 100-year history. But just as rookie players are often inconsistent, rookie coaches can also have their moments of inconsistency. The successful coaches learn from these bad games and improve their effort in the next game. LaFleur is now facing that challenge.

“From an offensive perspective, we had way too many mental errors, probably as many as we’ve had since the first game of the season,” the coach said. “It almost doesn’t afford you the opportunity to make plays. I still think that goes back to coaching. We’ve got to coach our guys better, so they don’t make those mental errors…I always want to look at myself critically and make sure we’re doing everything we can to put those guys in a good position and I don’t think we did. That’s on me.”

The list of things that need correcting was long. The offensive line was overwhelmed by the San Francisco pass rush, especially after starting right tackle Bryan Bulaga was lost early in the game due to injury. LaFleur hinted that the team may move some players around next week to make sure their best five lineman are on the field. While he wouldn’t specify, it may involve moving Billy Turner to right tackle and having Lucas Patrick take over at right guard.

The Packers also need to get the ball to Aaron Jones more as a receiver out of the backfield. In the three games since Jones’ spectacular seven catch, 159 yard and two receiving touchdown performance against the Chiefs, the Packers star halfback has just one catch for minus one yards.

“We definitely need to involve him more,” LaFleur admitted when asked about Jones’ lack of catches recently. “That falls on me. I’ve got to do a better job to make sure he’s in the game when some of those plays are called for the halfbacks.”

LaFleur also admitted he’s focusing the offense around Davante Adams a little too much since the star receiver’s return to the lineup. “I do think maybe we’ve been a little bit over-reliant to put him in spots to get the ball,” he said. “We’ve got to do a better job as a staff overall.”

The Packers now must find a way to respond to what was their poorest performance in the biggest game of the season so far. LaFleur also must respond by getting his team up for the next two games against teams with a combined 4-18 record.

“We’ve got to hit that reset button and we’ve got to do a better job,” LaFleur declared. “I think our guys were confident going into the game, but it was just one of those games that everything went as bad as it could have gone. But I do like our group. I trust that we’ve got the right mindset and mentality. They’re a resilient group, I think we’ve got the right guys in that locker room and I think these guys will bounce back.”

“Everyone was hurting in that locker room. Everyone was disappointed. I think these guys will battle. What I love about our group is, I don’t think there was anybody pointing fingers. We’ve all got to look inward, coaches, players, everybody involved, and be honest with ourselves about what we can do better.”

LaFleur is saying all the right things. Now he must back that up and get a better performance out of his team during the remaining five games of the season and hopefully beyond.

“Any time you get embarrassed like that, you find out what you’re made of,” LaFleur said. “You find out a lot about people in times of adversity and I think this will be a good test for our football team and hopefully we’ll become better for it.”

How LaFleur and the Packers respond will go a long way towards determining exactly how successful the new head coach’s rookie year will be remembered.