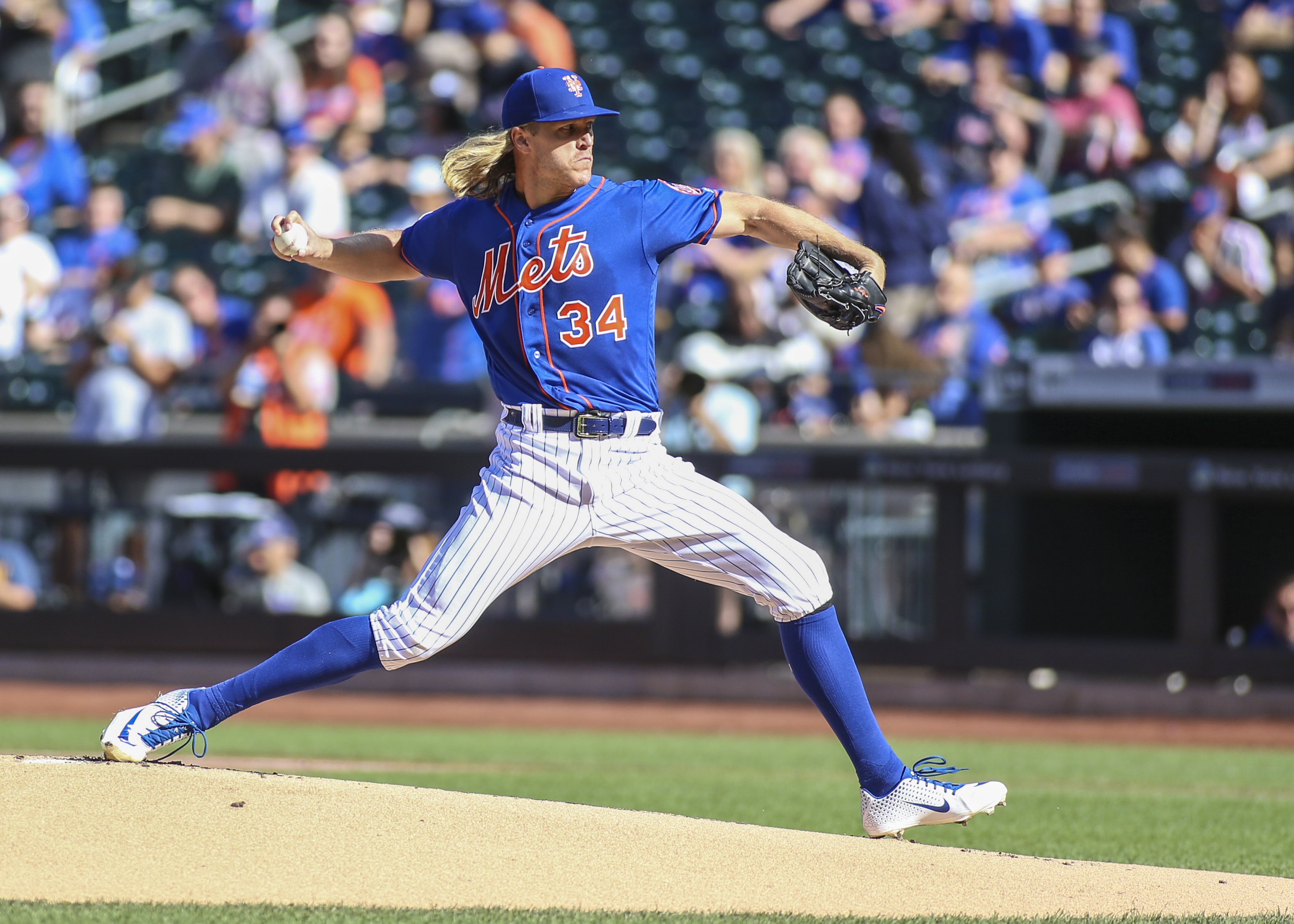 Now that the 2019 season is over for the New York Mets, we have been looking back at the year that was. After taking a more general view of the offense, pitching, and coaching staff, it’s time to take a deeper dive into the Mets’ players. This series will take a look at every player on the roster for the Mets at the end of season from A (Pete Alonso) to Z (Daniel Zamora). The review will look at their season statistics, stories, and what role (if any) they will have next season. We continue the series today with a look at starting pitcher Noah Syndergaard.

Story: After an inconsistent 2018, Noah Syndergaard entered the year locked in near the top of the Mets’ rotation. Unfortunately for Syndergaard, he struggled with consistency once again, delivering moments of brilliance (such as his complete game shutout where he homered for the only run against Cincinnati on May 2) along with plenty of six inning, four run kind of outings. Health wasn’t a major problem for Syndergaard, who missed only two starts in June, but he did have an issue forming a rapport with starting catcher Wilson Ramos. Syndergaard created a firestorm when his private request for a personal catcher went public, and the Mets were very hesitant to give into him, creating a distraction. The trade speculation also continued to swirl, with the Mets listening to offers for Syndergaard prior to the July 31 deadline but opting to hold onto him instead.

Syndergaard was a disappointment for the Mets as he delivered far too many mediocre outings given his stuff and potential.

General Manager Brodie Van Wagenen quickly quieted any trade speculation with Syndergaard, indicating the Mets have no interest in shopping him this winter. That means Syndergaard will come to camp with the Mets, who will hope to get more out of their talented right hander under Carlos Beltran’s regime.

Check back tomorrow as our Player Review Series continues with a look at infielder Ruben Tejada!