The case for Lamar Jackson to win the NFL MVP award 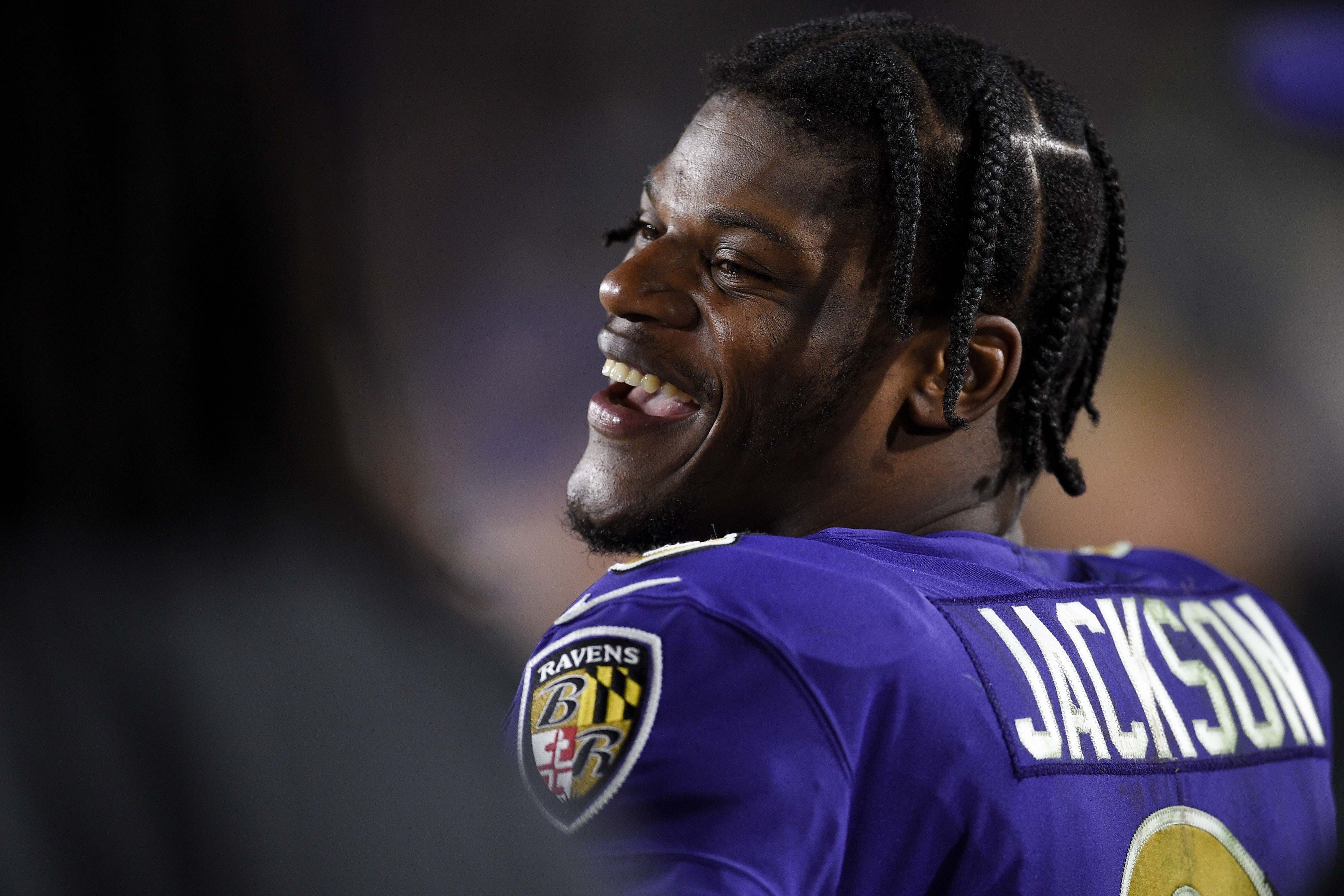 The case for Lamar Jackson to win the NFL MVP award

It’s hard to put into words what Ravens second-year quarterback Lamar Jackson has accomplished this season, as he’s taken the league by storm and is shattering records left and right — already drawing comparisons to some of the NFL’s best dual-threat signal-callers, such as Michael Vick and Fran Tarkenton.

Jackson was even referred to by Rams defensive coordinator as “Michael Vick plus” this week, which is extremely high praise, but he’s not wrong — not at all. The Ravens are the hottest team in football right now, sitting with an 8-2 record, and their defense continues to improve with each passing week. They’re making big plays all over the place, and also force their opponent to fight for every yard, just like the stout Ravens defenses of old.

But Jackson truly is the straw that stirs the drink.

He’s on pace to become the first quarterback in NFL history to throw for over 3,000 yards, and also rush for 1,000 more.  And while the knock on him last season was that he turned the ball over at critical moments in games, he’s certainly worked on ball security over the past few months, which the stats clearly show. This season, Jackson has passed for 19 touchdowns, with only five interceptions. He’s also rushed for six touchdowns and has only four fumbles. Not only that, the accuracy issues that plagued him in the past have disappeared as well. Jackson completed only 14 of 29 passes in January’s loss to the Chargers in the AFC divisional playoffs, but this season has been a completely different story. Jackson has completed 185 of 279 passes — 66.3 percent — for 2,258 yards. He has a strong arm, which allows him to sling it all over the field and make all the throws an NFL quarterback needs to make but can also put touch on his passes and throw his receivers open, if needed.

It’s hard to put into words how great Jackson has been, and the leadership qualities he’s shown in getting his teammates fired up before, during and after games. One of a quarterback’s biggest jobs is to be able to “run the show” — managing the offense, making sure players are where they’re supposed to be pre-snap, reading and diagnosing defensive coverage, while also knowing exactly when to audible out of a specific play. This complicated checklist is why so few players can succeed as quarterbacks in the NFL, given how advanced and football-IQ savvy the players have to be, but Jackson clearly is that, and he’s elevated the play of his entire team — which is why he’s the current favorite to win the MVP award, and should.

As far as his competition goes, Seahawks veteran quarterback Russell Wilson appears to be just behind Jackson as the second favorite to win the award. The sportsbooks have backed that up as well with their current listed odds. It depends on where you look, but on average, Jackson is +150, while Wilson is just behind him at +200. And while Jackson has been slightly better than Wilson, it is understandable that the odds are so close, given that Wilson has a long history of success in the NFL — having even won a Super Bowl — while Jackson is only in his second season, so it’s unclear if he can continue to put up earth-shattering numbers through the remainder of the season. We’ll soon find out. Behind those two are Aaron Rodgers (+1200), Dak Prescott (+1200) and Deshaun Watson (+1400). Of those players listed, only Rodgers has won the award in the past, which he did in 2011.

Jackson deserves the MVP award, and the Ravens coaching staff also deserves some credit for how they completely revamped and rebuilt their offense around him in just a season — somehow pulling that off to perfection. It was uncertain if they’d be able to do it, but they did, drafting the right players, hiring the correct personnel (offensive coordinator Greg Roman) and bringing in free agents to fit the system (running back Mark Ingram). As for Jackson, well his ceiling is extremely high, and it’s scary to think how great he can become.