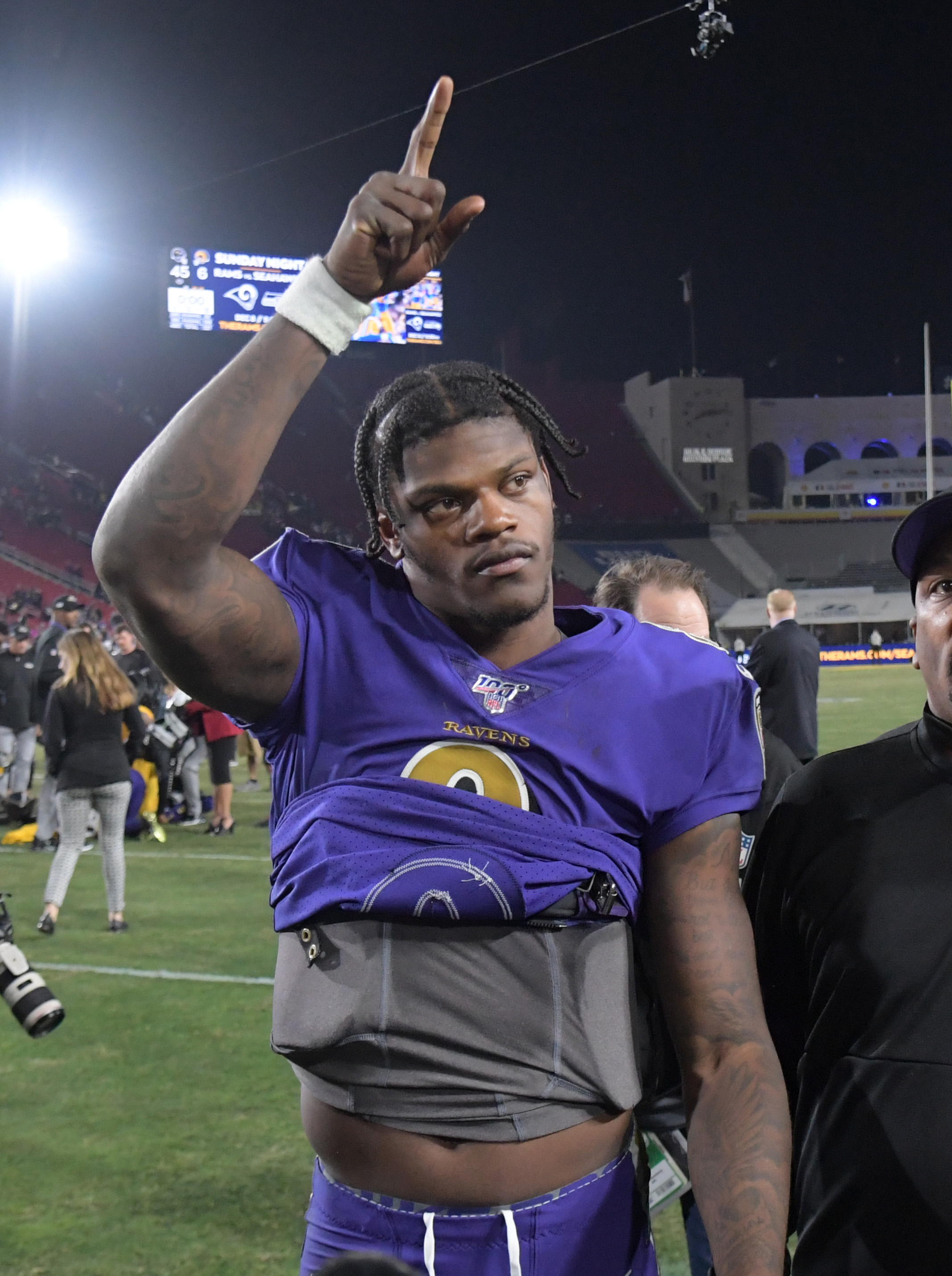 There has been one constant throughout the 2019 National Football League regular season. That has been the excellent quarterbacking all season long by Lamar Jackson of the Baltimore Ravens. The native of Pompano Beach, FL was once again number one among the top performers in the NFL this week.

5) Jameis Winston–Tampa Bay Buccaneers–It has been a tough season for Tampa Bay. With a record of four wins and seven losses, they are already playing for next season. On Sunday, Winston of Bessemer, AL, had 313 yards passing, three touchdowns and 38 yards rushing in a 35-22 win over the Atlanta Falcons.

4) Chris Godwin–Tampa Bay Buccaneers–Meanwhile, it was a career day for Buccaneers wide receiver Chris Godwin of Philadelphia, PA. The product of Penn State had seven catches for 184 yards and two touchdowns in the 13 point Tampa Bay win. Interestingly, Godwin now leads the entire NFL with nine touchdown receptions and 15.2 yards per touch.

3) Sam Darnold–New York Jets–It has been a strange year for the New York Jets to say the least. In a very inconsistent season, they are 4-7, but two of their wins have come against very formidable opponents in the Dallas Cowboys and the Oakland Raiders. On Sunday, the Jets gave the Raiders a beatdown. Quarterback Sam Darnold of Capistrano Beach, CA was impeccable as he completed 20 of 29 passes for 315 yards and two touchdowns as New York spanked Oakland 34-3.

2) Ryan Tannehill–Tennessee Titans–The Titans definitely appear to be Ryan Tannehill’s team now. Tannehill took over from Marcus Mariota on October 13, and Tennessee has shown steady improvement. On Sunday, he completed 14 of 18 passes for 259 yards and two touchdowns and had seven rushes for 40 yards and two more touchdowns in a 42-20 win over the Jacksonville Jaguars. With the win, the Titans moved above .500 at 6-5, and have momentum heading into their massive AFC South Division matchup next week against the Indianapolis Colts.

1)Lamar Jackson–Baltimore Ravens–In an amazing prime time performance, Lamar Jackson found the end zone on a regular basis Monday night. He only completed 15 of 20 passes for 169 yards, but one third of his completed passes were for a major score as he had five touchdown passes. The Los Angeles Rams could not stop Jackson on the ground either as Jackson had 95 yards in a 45-6 Baltimore onslaught. The 46.26 fantasy points Jackson put together was even more than the 43.56 fantasy points he had when the Ravens destroyed the Miami Dolphins 59-10 in week one.