Eric Weddle on Ravens offense: 'Half of the time, I didn't know who had the ball' 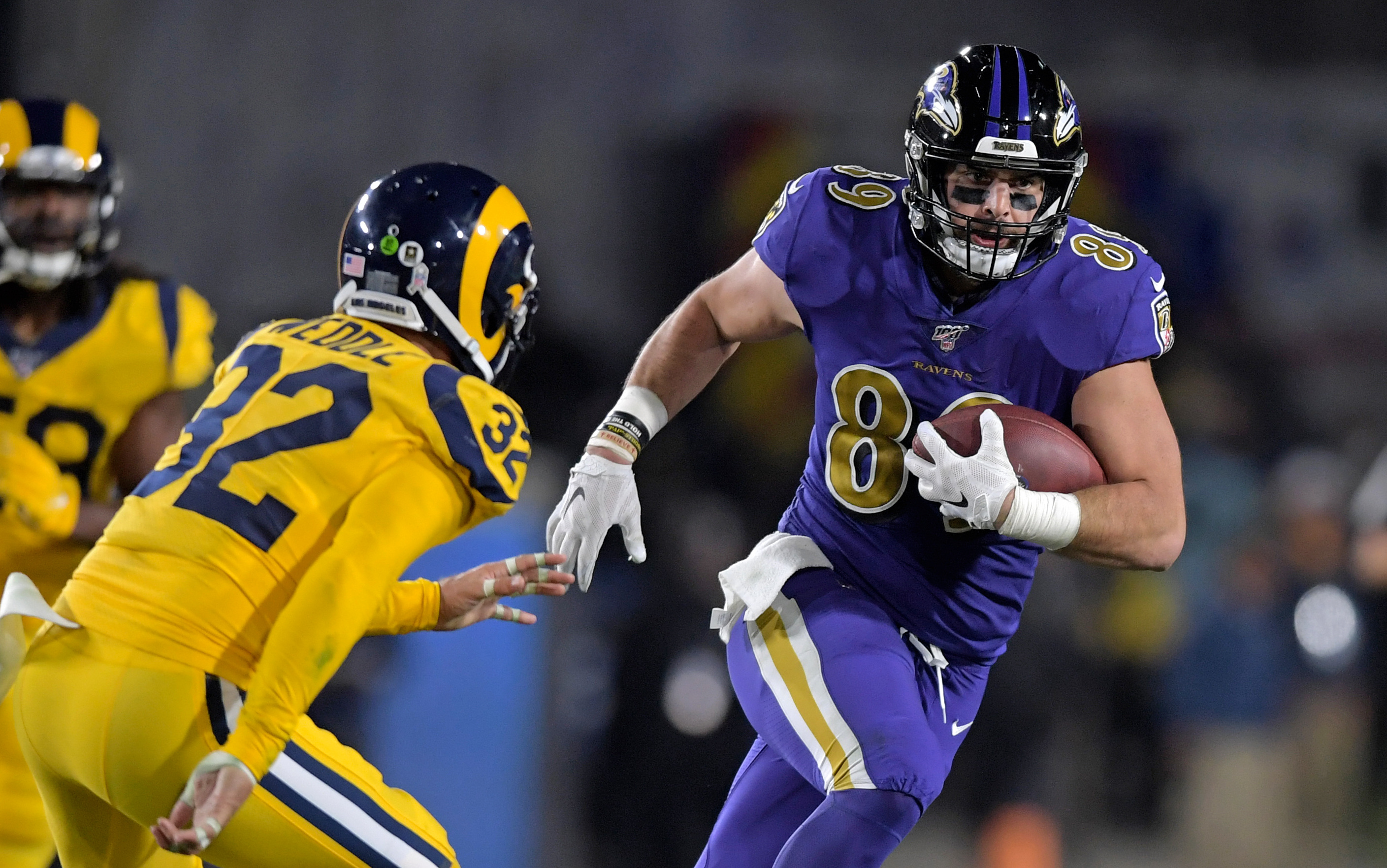 Eric Weddle on Ravens offense: 'Half of the time, I didn't know who had the ball'

Baltimore’s offense has been absolutely dominant this season thanks in large part to the stellar play of quarterback Lamar Jackson, who continues to shatter records and make NFL history, but offensive coordinator Greg Roman also deserves some of the credit as the mastermind behind the league’s top offense.

Much of the Ravens’ success on offense stems from being able to deceive opposing defenses with play-action in the passing game, running the option with Jackson and other things of that nature that can throw defenders off long enough for a big play to develop. Rams safety Eric Weddle can attest to that. His defensive unit was gashed on Monday night for 480 yards and 45 points in a blowout loss against the Ravens.

“I kid you not,” Weddle said, per Jeff Zrebiec of The Athletic. “Half of the time, I didn’t know who had the ball.”

“You guys all saw what I was trying to stop out there. What they’re doing on offense – a lot of times, I wouldn’t know for a few seconds if he handed it or if he still had it. Imagine the whole defense – you’re trying to play your rules and play the guy, and these guys are just coming downhill and doubling and getting extra gaps, and you’re trying to figure out what’s going on.”

It’s worth mentioning that Weddle actually played for the Ravens last season. You’d think that would give him a little bit of an advantage after going up against Jackson and the Ravens offense in practice, but that didn’t seem to matter. Baltimore ended up scoring points on all but one of its drives, and Jackson accounted for five of the team’s six touchdowns.