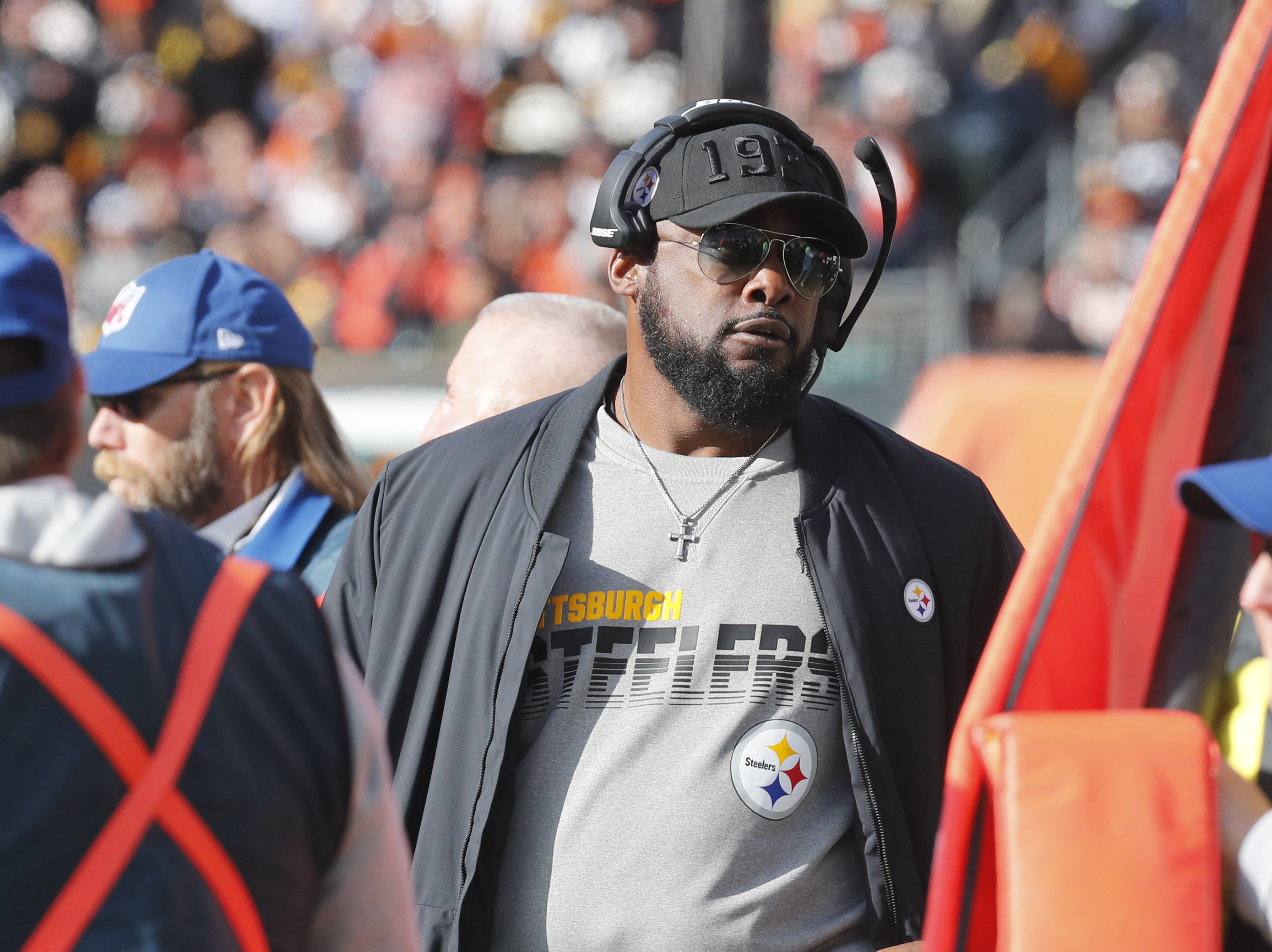 It’s no secret that the Steelers’ offense is flawed, especially when compared to the team’s past few campaigns, and their head coach isn’t even denying the facts.

Pittsburgh ranks No. 25 in points per game (19.6), and No. 28 in yards per game (288.5). It’s a drastic shift from the Steelers offenses of old — led by the Triple B’s (Ben Roethlisberger, Antonio Brown and Le’Veon Bell) — known for torching opposing defenses via both the run and the pass.

Unfortunately, none of the Triple B’s are currently on the field, with only Roethlisberger set to return next season, as he’s injured. As such, the Steelers will have to make due with what they currently have on their roster, and the young skill position players — receivers and running backs — will need to develop, and soon.

As for the team’s offensive woes, head coach Mike Tomlin doesn’t blame it all on quarterback Mason Rudolph, who was benched in favor of Devlin “Duck” Hodges in last Sunday’s win over the Bengals.

“In recent quarters of action, we’ve really been bogged down, and that has been due to a lot of things,” Tomlin said, via the team’s official website. “It really goes beyond just Mason and his performance. He has been in and out of the lineup, some running backs and offensive linemen have been in and out of the lineup, we missed some guys at receiver specifically in the last game, the combination of playing without [James] Conner and JuJu [Smith-Schuster], and so maybe some of those negative things have worn away at elements of Mason’s play. He hadn’’ protected the ball very well recently like he did at the early portions of his participation.”

Rudolph was bad — no one is disputing that — but Tomlin is right. The receivers need to step up and make plays as well, and the offensive line just hasn’t been as stout as it was last season, when it was one of the league’s top units.