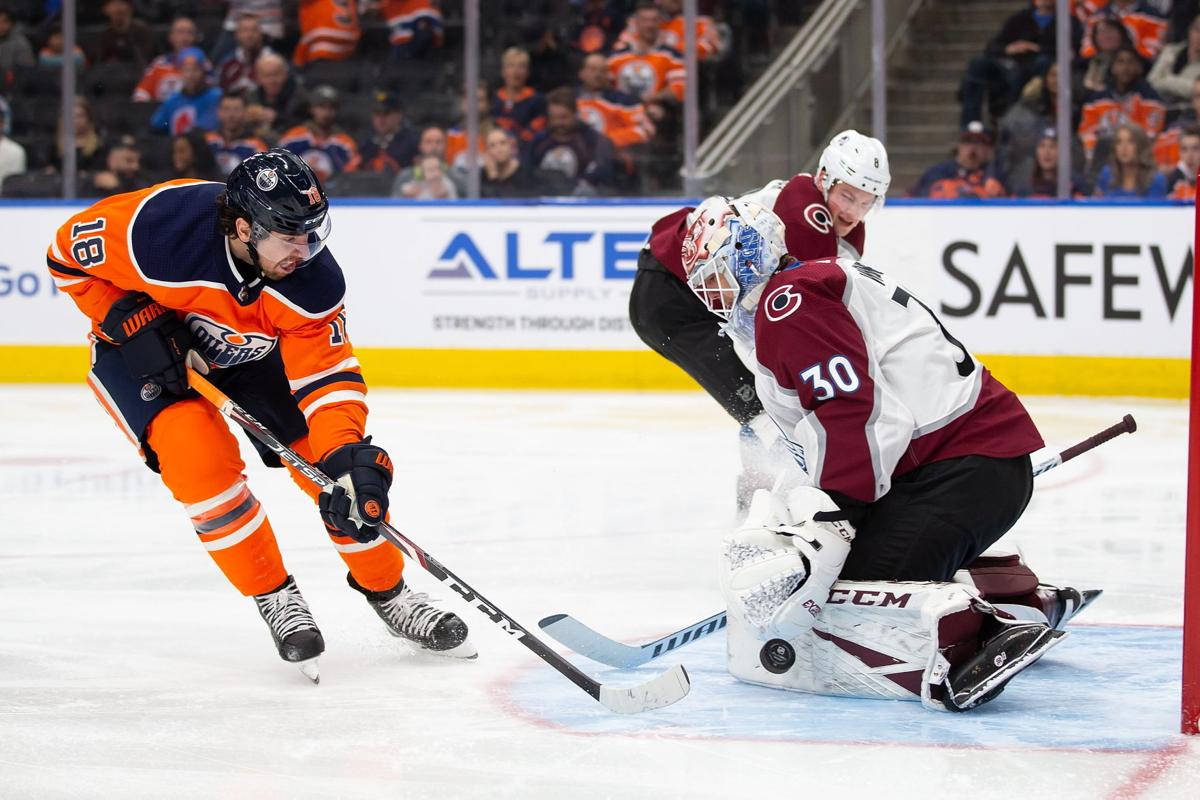 The Edmonton Oilers conclude a five-game road trip tonight when they make the first of two visits to Denver on the season. It’s the second of three meetings between the sides, who met 13 days ago in Edmonton.

The Oilers are coming off of a terrific weekend, topping the Vegas Golden Knights 4-2 on Saturday and then the Arizona Coyotes 4-3 in a shootout on Sunday. The Oilers are 3-1-0 on the trip and truly playing with house money tonight in Denver.

Mikko Koskinen starts for the Oilers, while Philipp Grubauer gets the nod for the Avalanche.

Edmonton: Control the special teams battle. Edmonton’s powerplay and penalty kill are both top five in the NHL, and both made a huge difference 13 days ago at Rogers Place. If Edmonton can get a few powerplays, they should be able to generate a goal or two against a severely banged up Avalanche team.

Colorado: Lock things down and play a low-event game. The Avalanche still have a boatload of talent, but a number of their key players are out. They cannot afford to get into a track meet with the Oilers and will need to slow things down. A low scoring game benefits the Avs tonight.

Edmonton: Markus Granlund appears to finally be comfortable in Edmonton. He’s been a nice piece on the penalty kill, has played a decent two-way game and recently has been filling the net. He has three goals in four games on this trip. Can he keep it going tonight? The Oilers are 3-0-0 in games where he has scored.

Colorado: Valeri Nichushkin scored his first goal in over 90 NHL games on Saturday night when the Avalanche battled the Toronto Maple Leafs. He’s a player that needs to step up with all the injuries up front for the Avs. He’ll skate on the third line tonight and could give Edmonton problems thanks to his combination of size and speed.

Ryan Nugent-Hopkins will miss his second straight game with a hand injury. Sam Gagner replaces him in the lineup once again. Brandon Manning is the scratch on defense, while Matt Benning remains on IR with a head injury. Jujhar Khaira returns after two games out, replacing Joakim Nygard.

Mikko Rantanen is close to a return for Colorado but will not play tonight. Gabriel Landeskog (lower-body) is also on IR and will not play. Colin Wilson (lower-body), Matt Calvert (head) and Erik Johnson will all miss tonight’s game. Johnson was injured on Saturday against the Maple Leafs.

The Oilers crushed the Avalanche 6-2 on November 14th. Connor McDavid scored six points on the evening, while Leon Draisaitl tacked on five of his own. McDavid scored his second hat trick of the season in the victory. The sides will conclude the series on March 25th in Denver.

Tonight, three of the best goal scorers in the NHL will battle it out. Since the start of the 2018-19 season, Leon Draisaitl has scored in an NHL-high 51 games. Second on that list? MacKinnon, who has scored in 49 games. McDavid is third, having scored in 48 tilts.

The Oilers currently have the second best powerplay in the NHL since November 8th, clicking at a 42.3% success rate. They trail only the Tampa Bay Lightning, who score on 43.4% of their chances. The penalty kill, meanwhile, is still strong. The Oilers are 9-5-1 away from home this season.