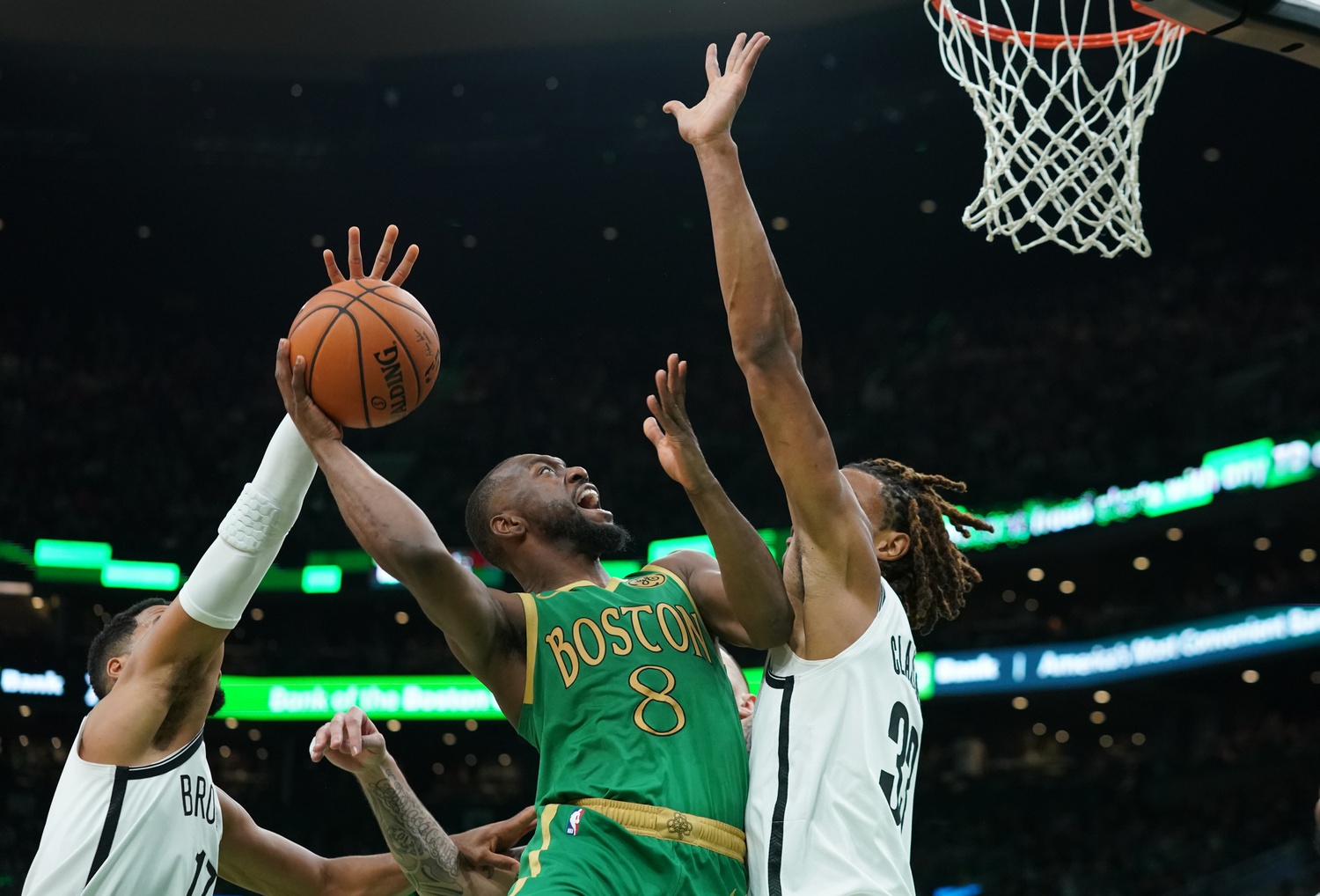 Five days after getting carried off the court on a stretcher, Kemba Walker returned to drop 39 points in the Celtics 121-110 win over the Brooklyn Nets.

Meanwhile, Kyrie Irving remained in Brooklyn as he continues to milk a shoulder “injury.” Celtics fans were not deterred by Kyrie’s absence:

Currently out the front of TD Garden: pic.twitter.com/dVKuCOu0rT

What a take and finish from Kemba pic.twitter.com/WVcDvC3Ezf

🔥 The @BrooklynNets heat up for 10 2nd quarter triples on ESPN! #WeGoHard pic.twitter.com/aiBHc476Mn

C's have put up 91 points and Tatum (4-fot-16) hasn't even gotten in on the party yet. If he joins Kemba and JB, who have been cookin, C's are gonna run away with this one.