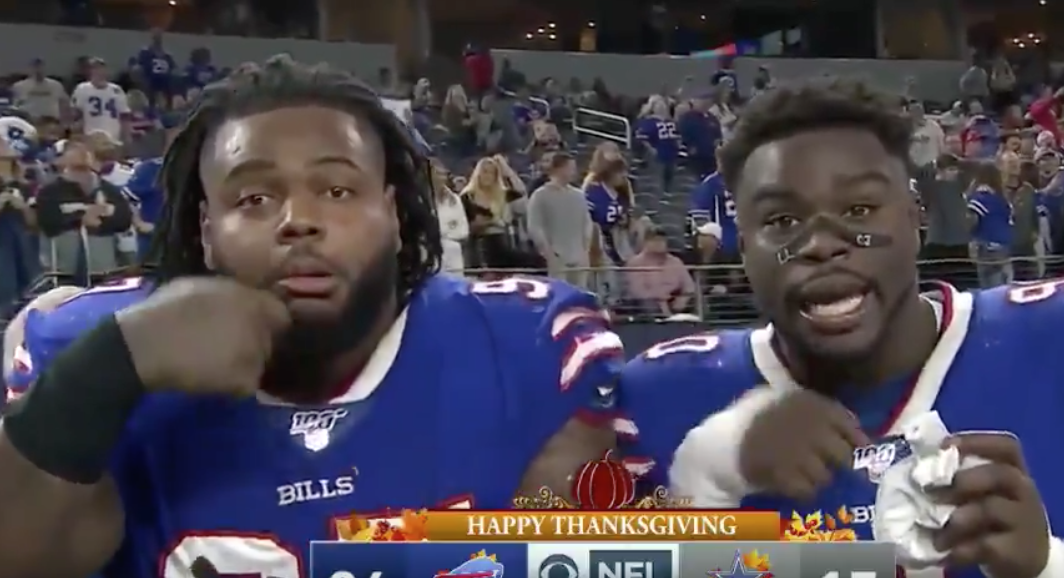 The Cowboys are known as “America’s Team,” so other NFL squads enjoy piling on when Dallas is struggling.

As such, when the Bills went into AT&T Stadium and destroyed the Cowboys on Thanksgiving, Buffalo’s players made sure to let their opponents know about it.

Dallas scored a touchdown on its first possession, but it was all downhill from then on, as Buffalo dominated throughout, jumping out to a 26-7 lead midway through the fourth quarter. Not only that, a few of their players rubbed some salt in the wound in the game’s waning moments.

The Bills sent a clear message in Dallas on Thursday, and given the result of the game, as well as the troll jobs, it’s going to be a long next few days for the Cowboys.