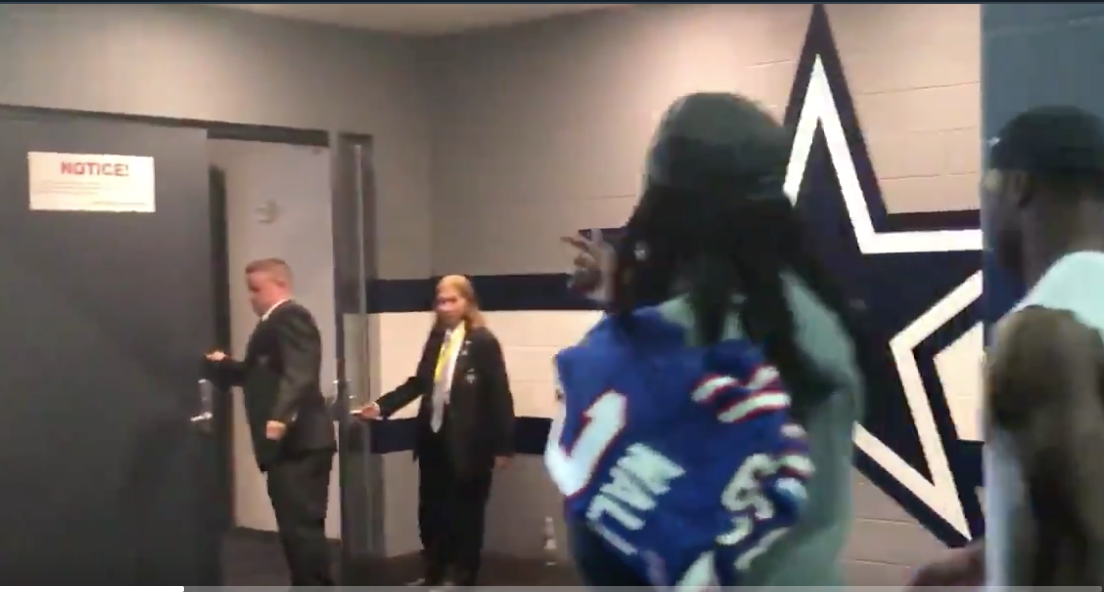 The Dallas Cowboys got absolutely embarrassed by the Bills on Thanksgiving — at AT&T Stadium, no less — and many in the organization were irate afterward (especially after they watched Bills players taunt both Dak Prescott and Ezekiel Elliott, which you can watch here).

Cowboys owner Jerry Jones was furious in the final minute of the game, as he was seen leaving his suite in disgust, after the Bills went into Victory Formation to close it out.

Not only that, the Cowboys players were upset as well. One of them — believed to be either Ezekiel Elliott or Michael Bennett — was heard screaming at his teammates in the locker room, and it was not pretty.

Some Cowboys player is screaming in the locker room right now. It lasted for at least a minute pic.twitter.com/mNX60YEC7y