Your Morning Dump... Where on Thanksgiving, we appreciate these Celtics, and forget about those Celtics 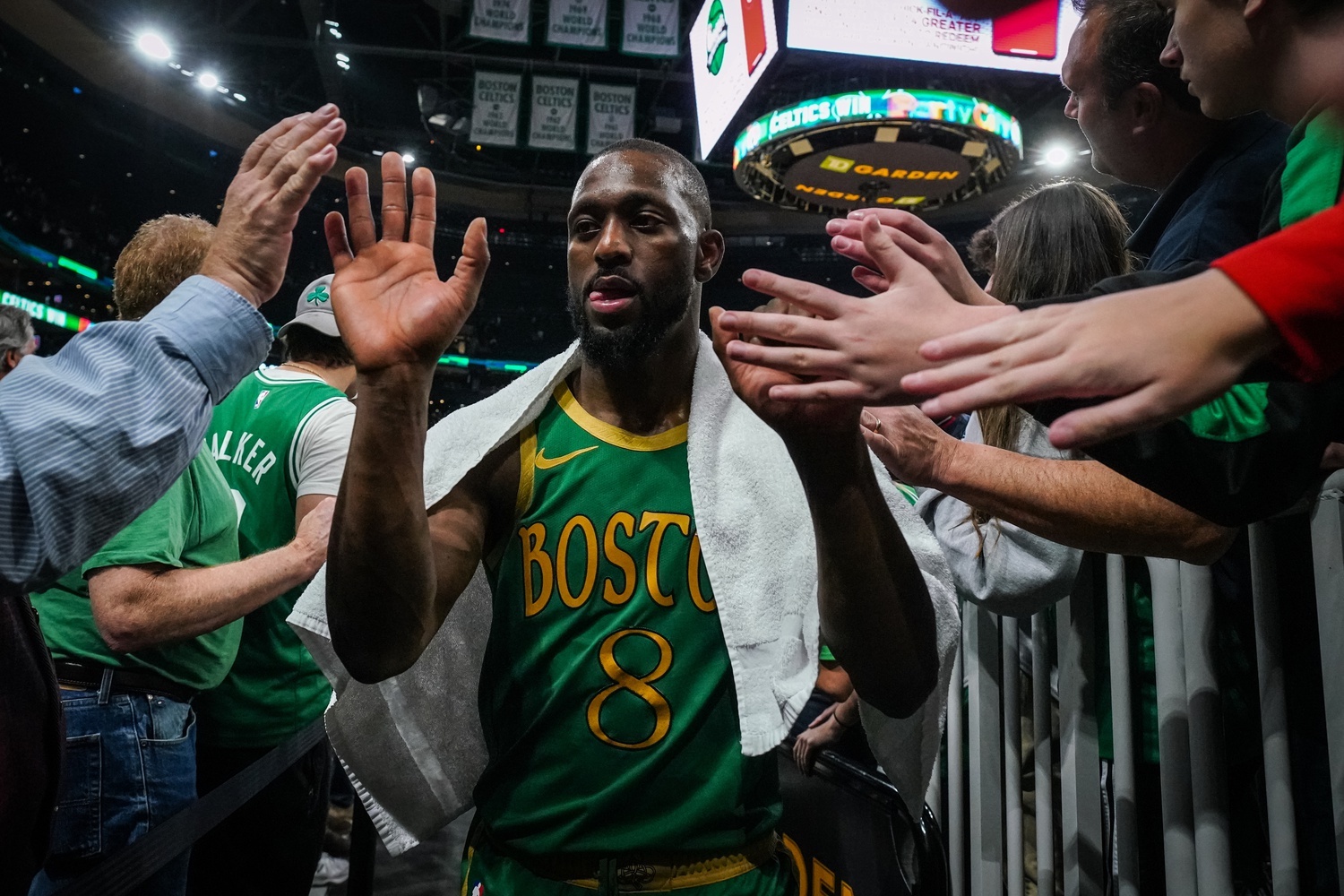 Your Morning Dump... Where on Thanksgiving, we appreciate these Celtics, and forget about those Celtics

A few minutes before Irving’s post to his Instagram story, Jaylen Brown, one of the players who best handled last year’s headaches, might have offered the finest perspective from inside the Celtics’ locker room.

“I think everything worked out for the better for everybody,” said Brown. “I don’t think anybody in Boston should have anything to complain or boo about, to be honest. I think we’re winning, playing good basketball, the Celtics look good, Boston fans should be nothing but happy. I think the energy should shift from that to being more positive.”

He’s not wrong. The Celtics, as an organization, have tried really hard since Irving officially declared his intention to return home in late June to take the high road. Boston players, coach, and front office staff have all been emphatic that not all the blame for last year’s struggles fall on Irving and players like Brown have gone out of their way to make public comments that us shade-craving reporters might have yearned for.

That pattern continued after Wednesday’s game. Brown said he thought the Irving chants were probably “unfair.” Tatum admitted they were odd. Walker said he didn’t pay attention to them.

All the Irving attention took away from another quality victory for a team that’s now 13-4 overall and tied for the fourth-best record in basketball. Walker has been everything that Irving is not, from his perma-grin demeanor to fully embracing the younger players around him, to being all-in on Boston.

But now that’s over. And hopefully it’s really over, — Like, if Kyrie finally does return (if we’re being honest it won’t be until next year when he can wear the talent and media buzz of teammate Kevin Durant like a protective cloak) to Boston, let’s boo during starting lineups and get over it — so we can get back to putting all of our attention as fans on this year’s squad that continues to win the games it should win, and fights like hell in games against the NBA’s best.

Last year’s viewing experience was like watching a car wreck from which you just could not turn away. My wife would find me cursing at the TV night after night and ask, “why don’t you just turn them off?” but of course, I couldn’t. I’m sure you all have similar stories and at the core of all of them was the comportment of the team’s best player. But he’s gone, we let him know how we feel, and now it’s time to look forward.

The Celtics who still remain clearly are looking that direction, and have been since the season begun. They’ve been peppered with questions about last year, and about Irving, and they’ve handled them with aplomb, all while giving short, diplomatic responses. They then have gone out and produced on the court like a team that is trying to distance itself from the stench of last season. From now on, let’s distance ourselves as fans, too.

With it being Thanksgiving and all, I’ll start by saying I’m thankful for a team that is currently at the top of the Eastern Conference all while one of its best players recovers from injury. A team that looks mighty competitive here and now, but that also has a few young studs that allow for us to dream of a bright future. I’m thankful for continuity at the front office and coaching positions. Danny Ainge, Mike Zarren and crew haven’t been perfect, but take one look down I-95 to Manhattan, or peer farther down to the DC Beltway and realize that it doesn’t get much better than the Celtics decision-makers. And lastly, I’m thankful that we don’t have to try to discern the meaning of cryptic post-game comments anymore. I’m thankful for a happy team that just wants to ball and to win and while I’m looking forward to today’s feast, I’m also looking forward to Friday’s matinee at Barclays, because while we don’t know who will win, we do know our guys will show up to play, and I probably won’t have to yell at my TV.