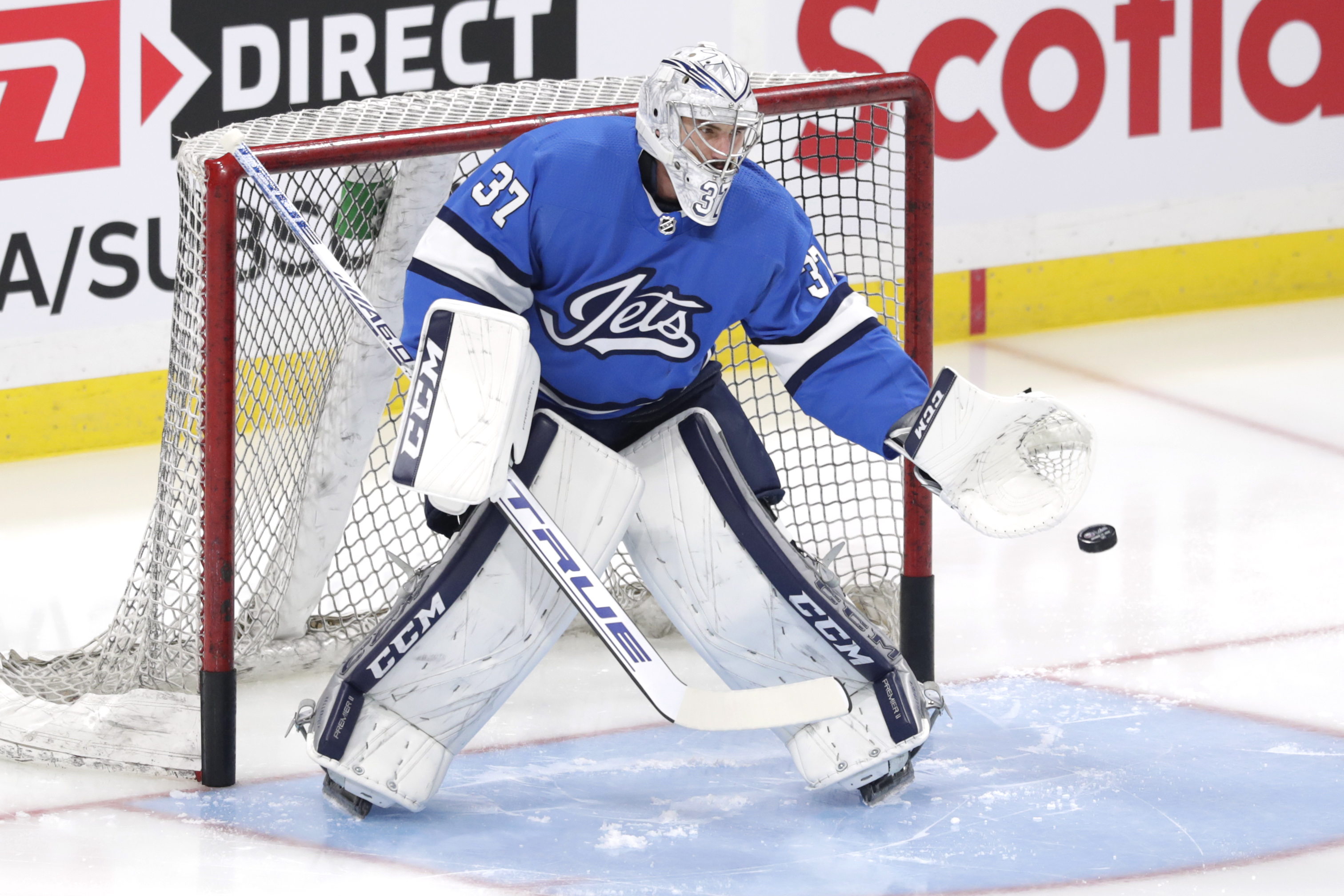 Connor Hellebuyck of Commerce, MI recorded his 16th career shutout on Friday. Hellebuyck made 24 saves as the Winnipeg Jets beat the Anaheim Ducks 3-0 at the Honda Center in Anaheim, CA.

Offensively, the Jets got goals from two Americans. Neal Pionk of Omaha, NE scored his third goal of the season from Blake Wheeler of Plymouth, MN and Patrik Laine at 1:08 of the second period on the power play. Kyle Connor of Shelby Township, MI also scored a third period goal from Mark Scheifele and Laine at 1:51 of the third period to put the Jets up 3-0. Wheeler meanwhile had a multi-point game as he had another assist on a Jets’ second period goal by Nikolaj Ehlers.

Hellebuyck now has a record of 13 wins, seven regulation losses and one loss in extra time. He has a goals against average of 2.33 and a save percentage of .933. Hellebuyck is currently tied for the National Hockey League lead in wins with Braden Holtby of the Washington Capitals.

In addition to his 16th career save, this was Hellebuyck’s second shutout of the season. He also blanked the Edmonton Oilers 1-0 in a shootout on October 20.

With the win, the Jets are second in the Central Division with 33 points. With a record of 16 wins, nine regulation losses and one loss in extra time, the Jets are five points back of the St. Louis Blues.

This was the first game of a back-to-back for the Jets in southern California. They next play the Los Angeles Kings on Saturday. It will be interesting to see if Jets head coach Paul Maurice decides to go with Hellebuyck or Jets backup goaltender Laurent Brossoit for the start against one of the weakest teams in the NHL at the moment. The Kings are last in the Western Conference with 22 points.