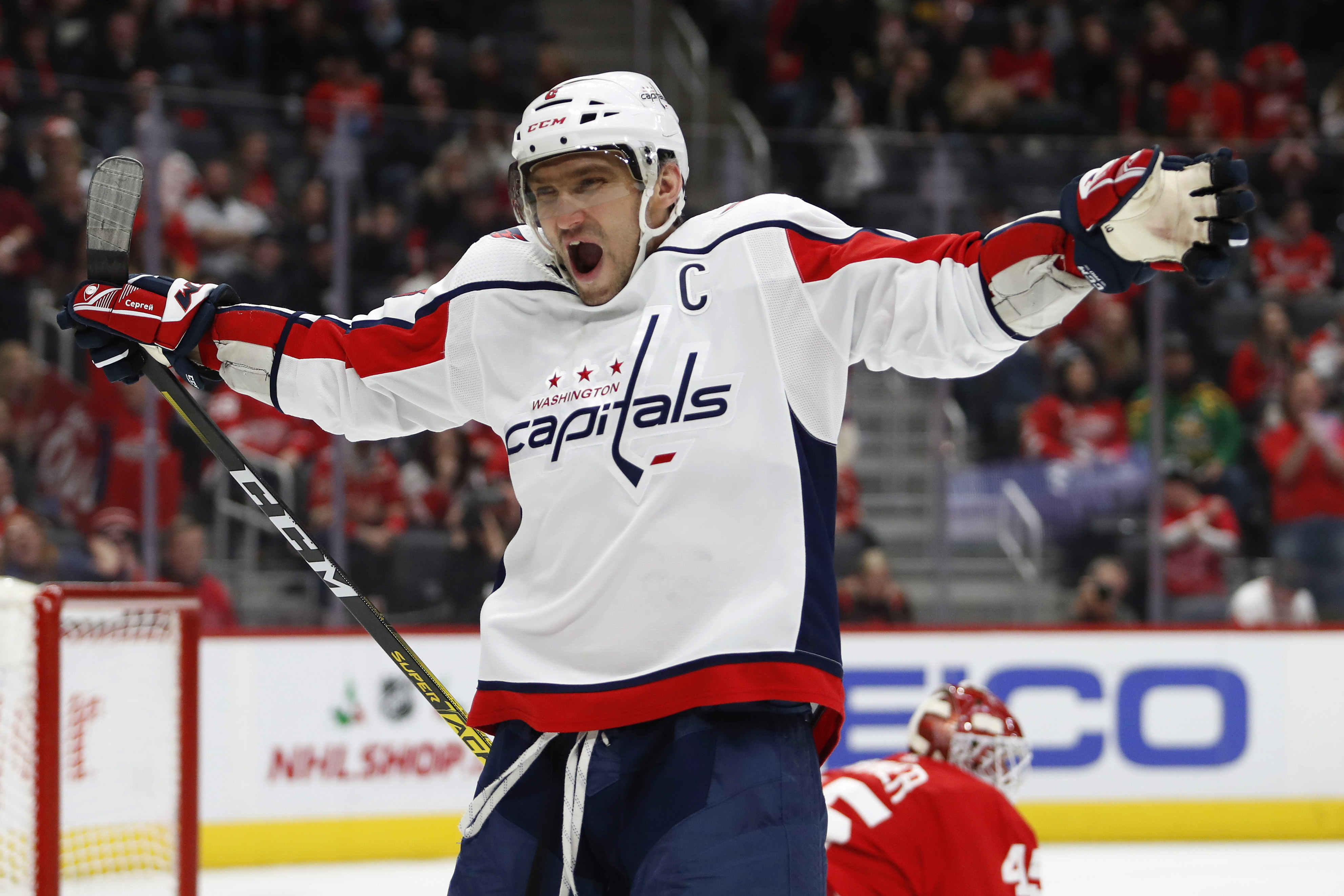 Ovechkin scored his first goal of the game at 9:21 of the second period from John Carlson of Natick, MA and Evgeny Kuznetsov. At the time, Washington took a 2-1 lead.

Then in the third period, Ovechkin recorded an assist on a game winning goal by Tom Wilson with 5:37 left in the game. The Capitals lead at the time was 3-1. Then after the Red Wings pulled within a goal nine seconds later with a marker from Luke Glendening of Grand Rapids, MI, Ovechkin scored two more times, with both goals coming into an empty net.

Ovechkin put the Capitals up 4-2 with 1:35 left in the game from T.J. Oshie of Everett, WA and Radko Gudas. Then with 55 seconds left in the third period, Ovechkin registered the hat trick with an unassisted goal which put Washington up 5-2 and finished the scoring in the hockey game.

Ovechkin is also 12th all-time in NHL goals with 678. Gretzky is the all-time leader in that category too with 894.

The Capitals meanwhile lead the NHL at the moment with 43 points. They have a record of 19 wins, four regulation losses and five losses in extra time.