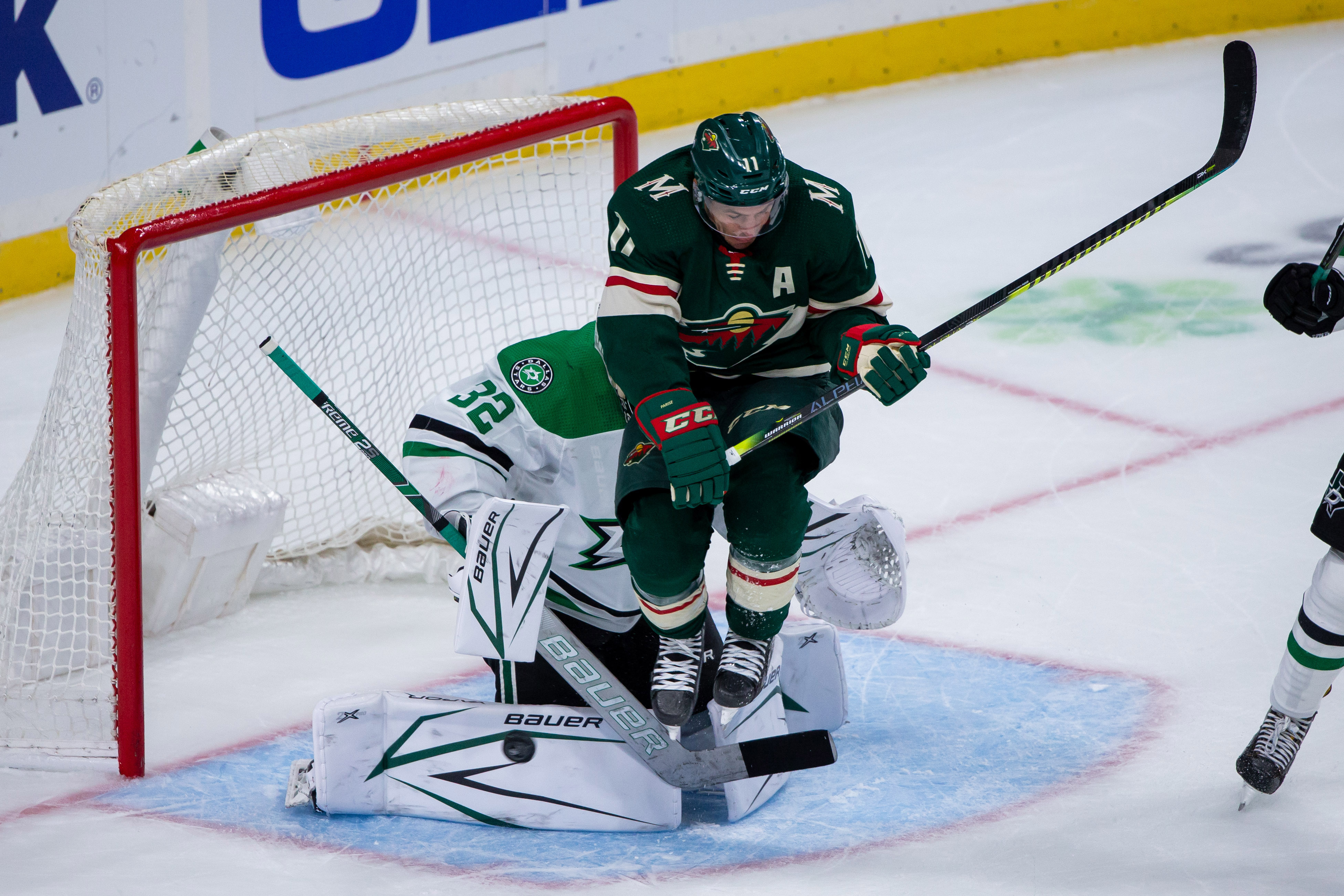 As today is December 1st, it means that college students everywhere are now in the mad dash to complete research papers and prepare for final exams. For myself, it’s been a little over twenty years since I was last in that position, but I still remember those days. While you were running around working on those papers and studying, you still had a full course load of classes to attend plus find time to eat and sleep. Also if you were like me, as a music major, I also had ensemble rehearsals to attend and find time in the practice rooms. Oh, and as an oboist, I also had to make my own reeds. It was a miracle I found time to sleep in the month of December. Of course with the mad push to the end of the semester, as soon as I would get home for Christmas/Winter Break, I would end up very sick with a severe cold. Good times.

Well it seems that the Minnesota Wild is in a bit of an end of semester push of their own. The past few games have definitely felt as if the Wild have finally found an identity of sorts. Now, we have to temper some of this excitement for the improved play, to remind ourselves that with the exception of the Boston Bruins, they haven’t exactly been facing the best teams in the league. The mini-push of sorts, has also gotten Minnesota out of last place in the Central Division. I can understand the excitement that some fans may be feeling, but again let’s exert some caution here please. This is a team that absolutely cannot afford to improve but fall short of the playoffs or even make the playoffs to get bounced in the first round. This is a team that needs to live in the cellar for a few seasons and stock up on some prime draft picks. Well as long as they don’t mess the draft up like they tend to do. In a previous preview I mentioned the likes of Benoit Pouliot, AJ Thelen, and Filip Johansson.

Don’t get me wrong, I do appreciate the improvements that we’ve been seeing lately. It makes for far more enjoyable games to watch. Compared to the month of October, this is a nice change of pace. As I was double checking the stats this morning, I will admit, it was a pleasant surprise to see that the Wild’s goals per game has creeped up to a respectable 2.92 which puts them in the middle of the league. Heck, it felt like just a couple of weeks ago, when Minnesota was near the bottom of the league in this key stat. The change in that department has been a team effort. We’re still getting goals from players like Luke Kunin and Ryan Donato, but it’s the fact that we’re finally getting goals from Eric Staal, Zach Parise and Jason Zucker. For a team to be truly successful, you need goals from all four lines on a regular basis, but you especially need them coming regularly from your top two lines. It’s the scoring from the top two lines that has been lacking this season. Do you remember earlier this season, when it felt like all scoring was coming from defenseman Brad Hunt? Yes, it was fun to see, but it was not sustainable, and the people who needed to be scoring, weren’t. The power play and penalty kill have also continued to improve.

The area that continues to be the bane of the Wild’s existence, is goals against per game. When it continues to remain in the bottom third of the league, you’re going to lose more games than you win. And that will be the challenge with today’s opponent, the Dallas Stars. Now the Stars are having even more problems then the Wild when it comes to scoring, which is downright sad if you think about it. However, the reason they’re in 4th place in the Central Division while Minnesota is in 6th place, is that they don’t let their opponents score very often on them. Dallas has the third best goals against per league. That makes it a challenge for just about any team to get a goal past their goaltenders Ben Bishop and Anton Khudobin, both who are having great seasons (although neither has a shutout this season). Dallas protects them by scoring just enough more goals than what they let be scored on them, which has them in 4th place. Dallas’ penalty kill follows suit, with the 5th best in the league.

Today will be a test for Minnesota. Dallas is clearly the better team, but they’re also not a light’s out Dallas team either. They are beatable, but it won’t be easy. Honestly, I would be happy with a loss as long as we see a team showing effort and working hard. Sunday matinee games can be brutal, especially those after a holiday. They could be feeling rather comfortable being at home with their families, and thus a bit apathetic looking on the ice. It is games like these, who will let us know if the identity we’ve been seeing finally come together is the real deal or just smoke and mirrors.