Pekka Rinne takes over the NHL lead in shutouts 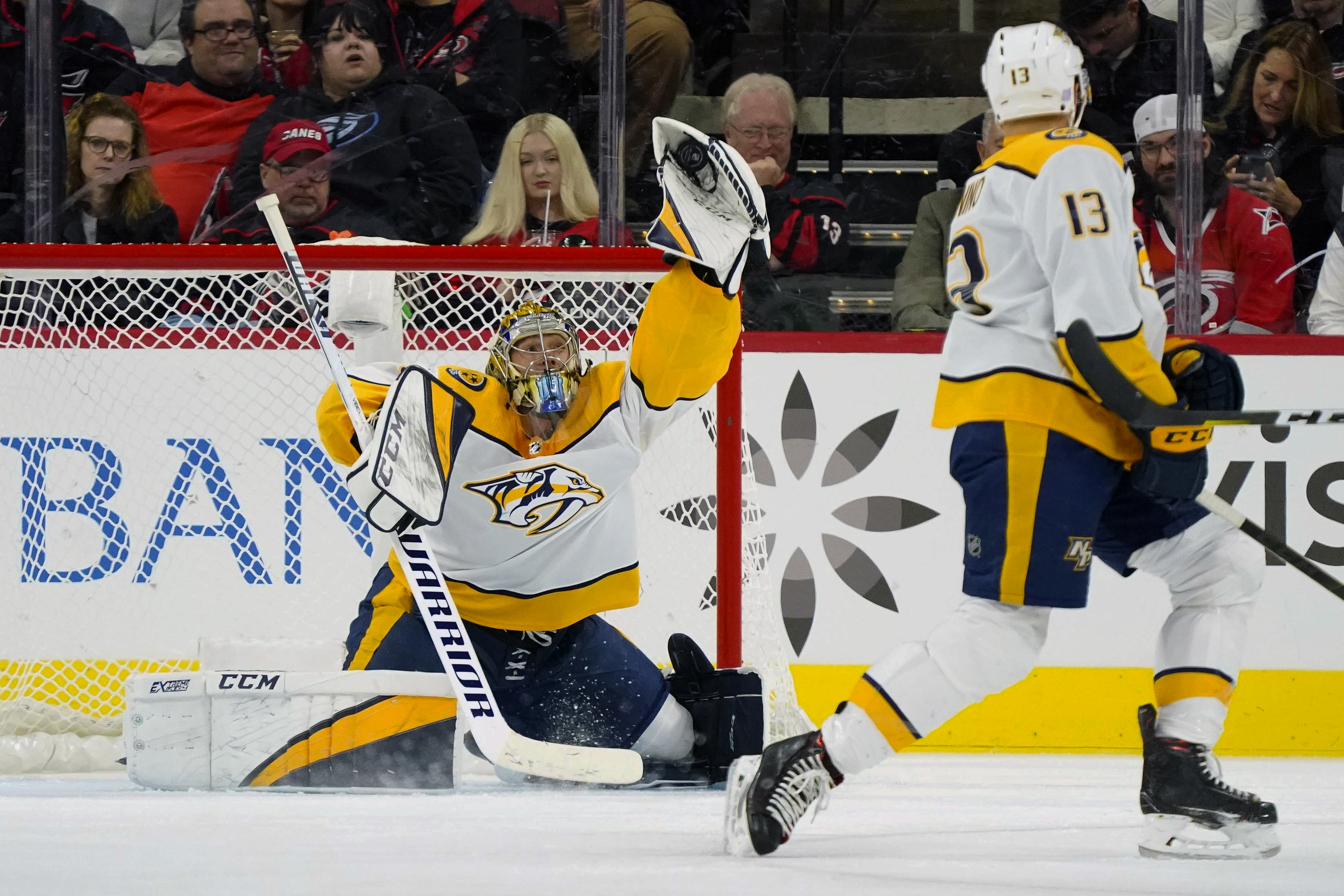 Pekka Rinne takes over the NHL lead in shutouts

Nashville Predators goaltender Pekka Rinne has taken over the National Hockey League lead in shutouts. On Friday, Rinne recorded his third save of the season as he made 31 saves. The Predators defeated the Carolina Hurricanes at the PNC Arena in Raleigh, NC.

Rinne made 12 saves in the first period, nine saves in the second period and 10 saves in the third period. Four Hurricanes players tied for the team lead in shots on goal with three. They were Jaccob Slavin of Erie, CO, Warren Foegele of Markham, Ontario, Haydn Fleury of Carlyle, Saskatchewan and Andrei Svechnikov of Barnaul, Russia.

So far this season, Rinne has a record of nine wins, four regulation losses and two losses in extra time. He has a save percentage of .898 and a goals against average of 2.84. Interestingly, the .898 save percentage is the lowest in his 14 year National Hockey League career.

In addition to blanking the Hurricanes, Rinne shutout the Minnesota Wild 4-0 on October 24 and the Chicago Blackhawks 3-0 on October 29. Rinne now has 58 shutouts in his NHL career, all with the Predators.

This was the third time that Rinne led the NHL in shutouts. In 2012-13, he was tied for the league lead with Mike Smith of the Phoenix Coyotes, Jimmy Howard of the Detroit Red Wings, Tuukka Rask of the Boston Bruins and Cory Scheneider of the Vancouver Canucks. Two of those goalies on the list are American as Howard is from Syracuse, NY and Schneider is from Marblehead, MA. Then in 2017-18, Rinne led the NHL shutouts with eight alongside Andrei Vasilevskiy of the Tampa Bay Lightning. Rinne would go on to win the Vezina Trophy that season.

The Predators were then blanked 3-0 themselves by the Florida Panthers on Saturday. Nashville is currently four points back of the Dallas Stars for a playoff spot in the Central Division. They have a record of 12 wins, 10 regulation losses and four losses in extra time.