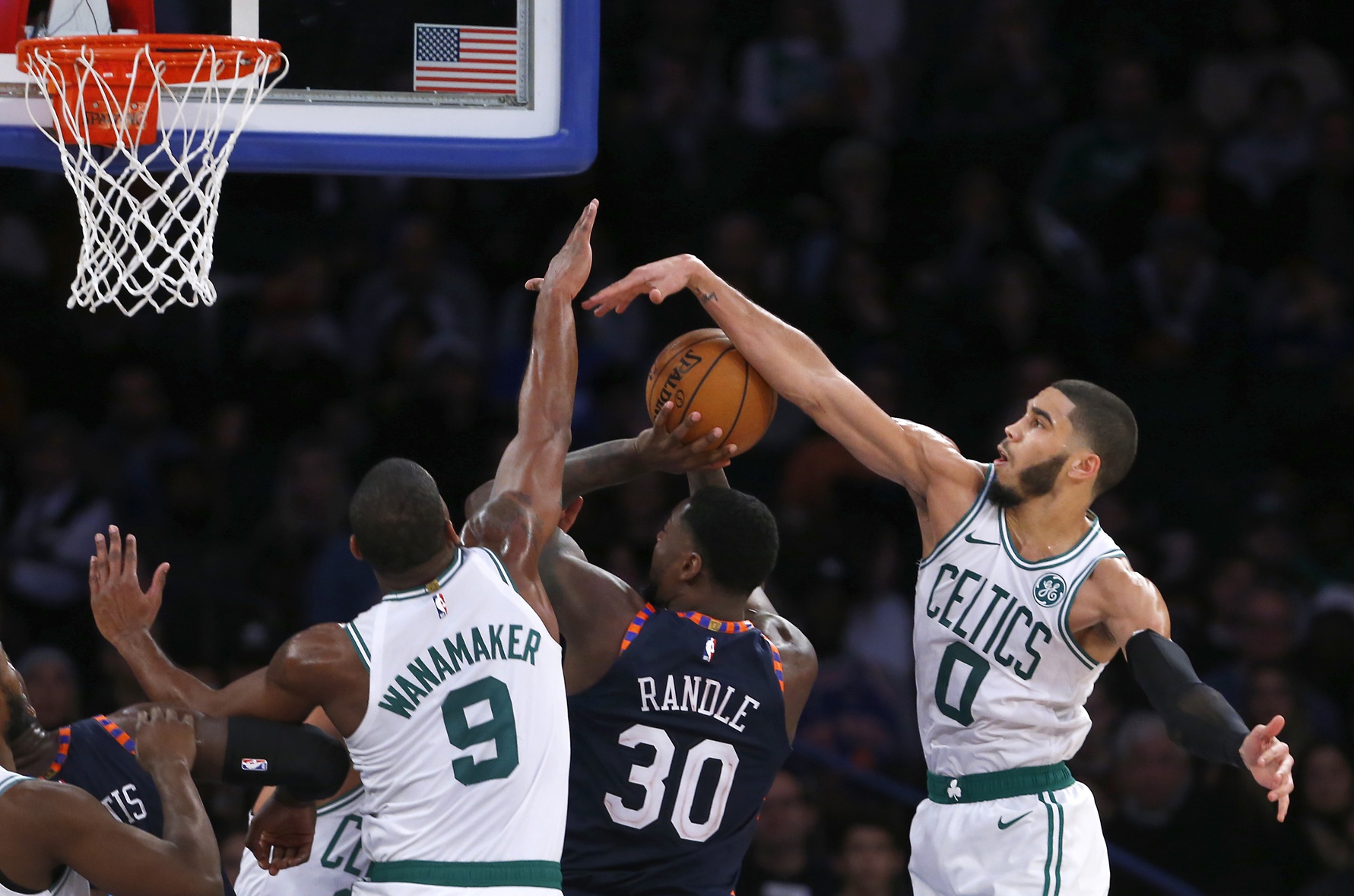 After f-cking around for 3 quarters, the Celtics ratcheted up the defense over the final 12 minutes and beat the Knicks, 113-104. Brown and Tatum carried the load offensively, while Grant Williams (+17) and Enes Kanter (11 points, 11 rebounds) did the dirty work.

Marcus Smart left the game in the 3rd quarter after taking a “direct blow to the abdomen.” See updates below but it might be wise to give the guy a few days off.

Tatum's best playmaking game in career so far with dimes like this pic.twitter.com/19jzeTYeFP

The #Celtics, #Knicks in 58-all tie at the half. Key Takeaways are …

Hard to tell what happened to Smart. It looks like Knox just lowered the shoulder. Looks like a run of the mill offensive foul, but Smart stayed down pic.twitter.com/4TC9C1LUPY

Not blaming the refs for the score, but it has to be said that in the 3rd qtr:
Fouls Celtics 10, Knicks 5
FTAs, Celtics 6, Knicks 17

Also, Smart was literally run over and knocked out of the game, yet *he* was called for the foul.

Brad Stevens is not happy with the results of the challenge.

"I'm done with these fucking challenges. This is unbelievable" pic.twitter.com/fwNcBlKrCd

Caught Marcus Smart walking out of MSG. Said he got hit in the same, exact spot where he tore his left oblique last season. Was still in pain. Plans to get more info tomorrow. His eye was fine.