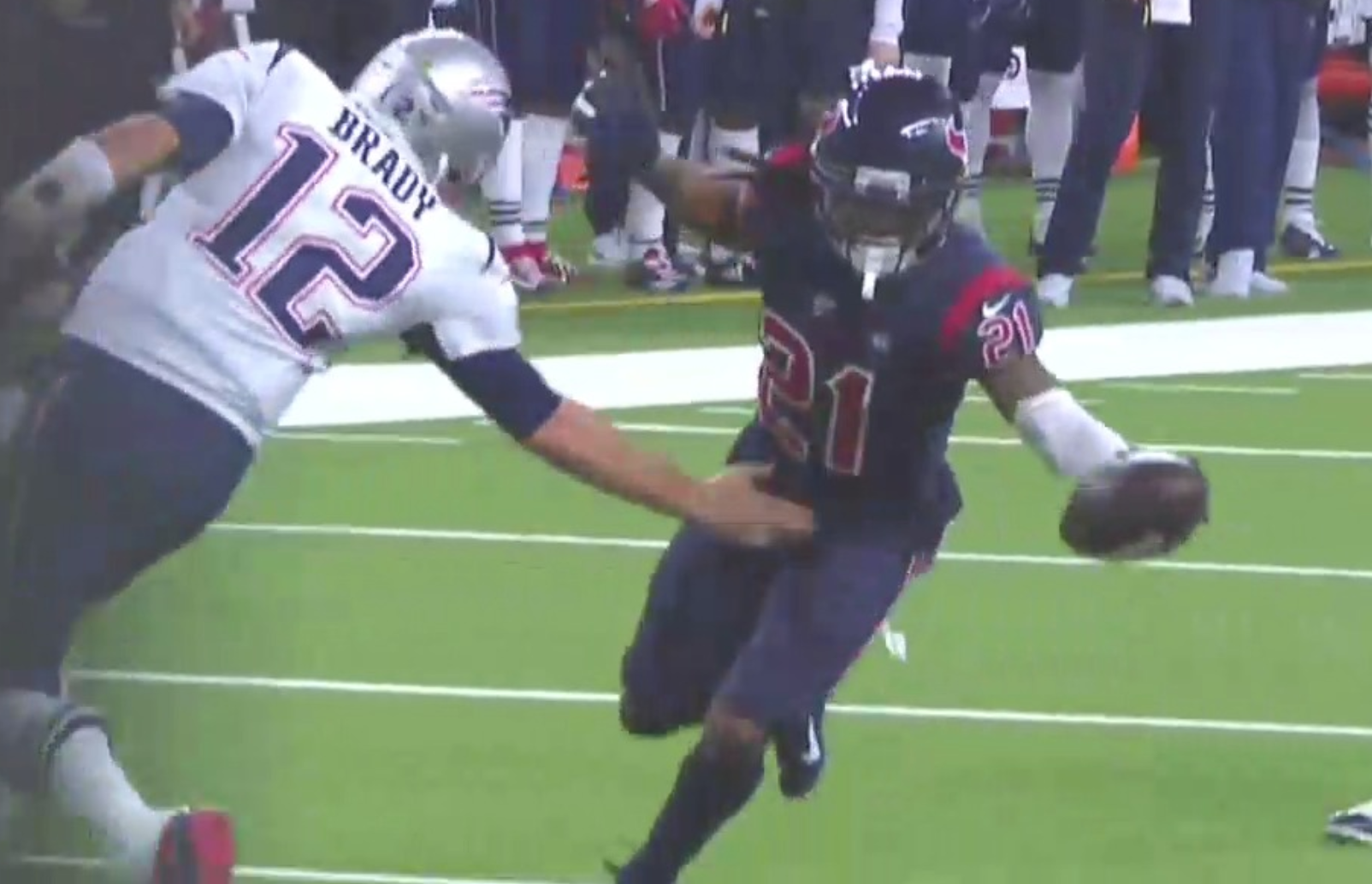 Patriots quarterback Tom Brady is playing in his 20th season in the NFL, so he knows a thing or two about how to bend the rules to get the job done.

So when he threw an interception in the first half of Sunday’s game against the Texans, he utilized an extremely unorthodox method to prevent his opponent from scoring.

The play we’re referencing happened when Texans cornerback read and diagnosed a play perfectly — jumping the right and stepping in a passing lane on a slant attempt. Roby picked off the pass and appeared destined for a touchdown, but Brady stood in his way. TB12 clearly wasn’t going to be able to bring him down, so he smacked Roby right in the groin — and it got the job done.