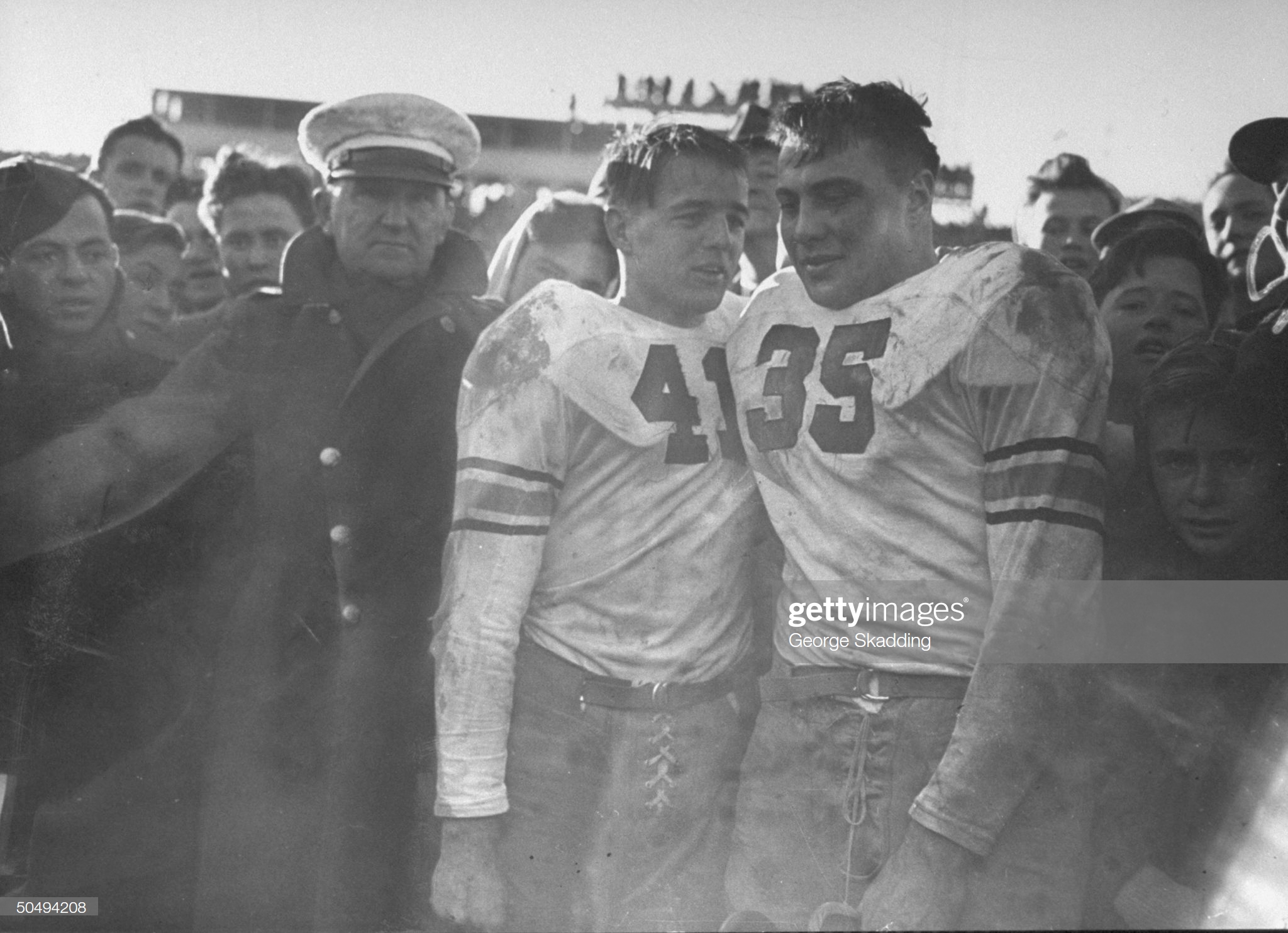 The Saturday between conference championships and the start of bowl games in college football is now reserved for the famous Army-Navy game.

The contest is a chance to showcase the nation’s foremost military academies as they square off in one of college football’s oldest and most iconic rivalries. When the teams met on this day seven decades ago, there was much more than bragging rights on the line.

Army was 8-0 and ranked No. 1 in the nation as it got set to take on No. 2 Navy on Dec. 2, 1944 at Municipal Stadium in Baltimore. Coming in, the Midshipmen had won five straight, including four shutouts. On that day however, head coach Earl “Red” Blaik’s team would defeat Navy, 23-7, to claim the first national championship for the Black Knights.

Army had been outscored 58-6 over the previous five meetings against Navy, but eclipsed that point total in the first half of the 1944 contest deemed “The Game of the Century”. The Black Knights were led by one of college football’s greatest backfields of all-time in Glen Davis and Doc Blanchard, but it was Dale Hall’s 24-yard touchdown put Army in front 7-0 early in the second quarter.

Army would add to its lead in the third quarter when it blocked a punt that was recovered by Navy in the end zone for a safety. Down 9-0, Navy’s offense settled in as Clyde “Smackover” Scott capped a 73-yard touchdown drive with a short touchdown run to make it a 2-point game entering the final quarter.

Clinging to a 9-7 lead, it was Army’s two marquee players who would put the exclamation point on the team’s first win over Navy in six years and first claimed national championship. After Davis intercepted a Navy pass to give the Black Knights the ball just shy of midfield, Blaik elected to ride Blanchard on a every play of an 8-play drive that ended in the team’s second touchdown. Davis’ 50-yard touchdown run on the next Army possession capped a 68-yard scoring drive and halted all hope of a Navy comeback.

The contest was originally slated to be played on Navy’s Annapolis campus, but the high amount of national interest forced the game to be moved to Baltimore. In order for non-Cadets and non-Midshipmen to attend as World War II waged overseas, President Franklin D. Roosevelt declared that those in attendance would need to purchase a $25 war bond and to live within an 8.3-mile radius of Baltimore. Nearly 70,000 people attended the contest.

The victory not only snapped Army’s 5-game losing streak to Navy and delivered the Black Knights their first national championship, but it began a run of three straight claimed national titles. Army would win four straight over Navy and go unbeaten in six straight against the Midshipmen. It was the first of two straight meetings where No. 1 met No. 2 and it happened on this day 70 years ago.