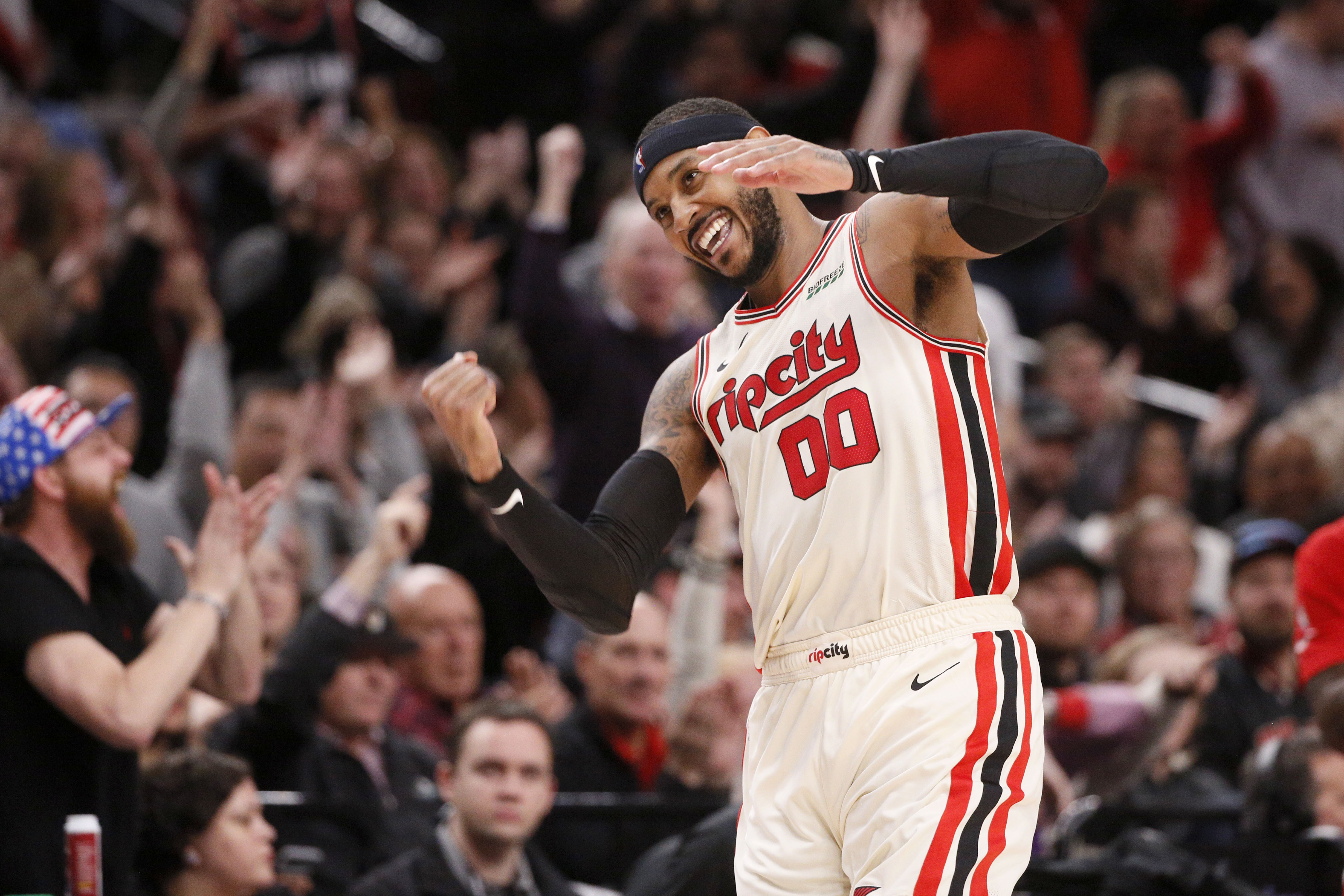 It’s only been about two weeks since Carmelo Anthony returned to the NBA, and he’s already turning heads with his play on the court.

The league announced Monday that the Trail Blazers forward was named Western Conference Player of the Week for the week ending Dec. 1. The last time Anthony earned a POTW honor was in March of 2014.

Carmelo Anthony is the Western Conference Player of the Week.

The 35-year-old has somehow managed to turn back the clock since joining Portland late last month. In his last three games, Anthony averaged 22.3 points, 7.7 rebounds and 2.7 assists while shooting 45.5 percent from 3-point range and 57.4 percent overall. His last game against Chicago on Friday was his best yet, finishing with 23 points, 11 rebounds and four assists.

The Blazers will need Melo to be at the top of his game going forward, especially in their next matchup — a showdown with the 15-6 Clippers at Staples Center on Tuesday. The Clippers are currently listed as 9-point favorites in the game, and you can get some action down on the top sites for sports betting.

It’s still early to say if Melo is officially back after a long time away from the NBA, but it’s looking good so far. Clearly, he hasn’t lost his shooting touch and it appears the time off has done him some good physically. We’ll see if his strong play continues.