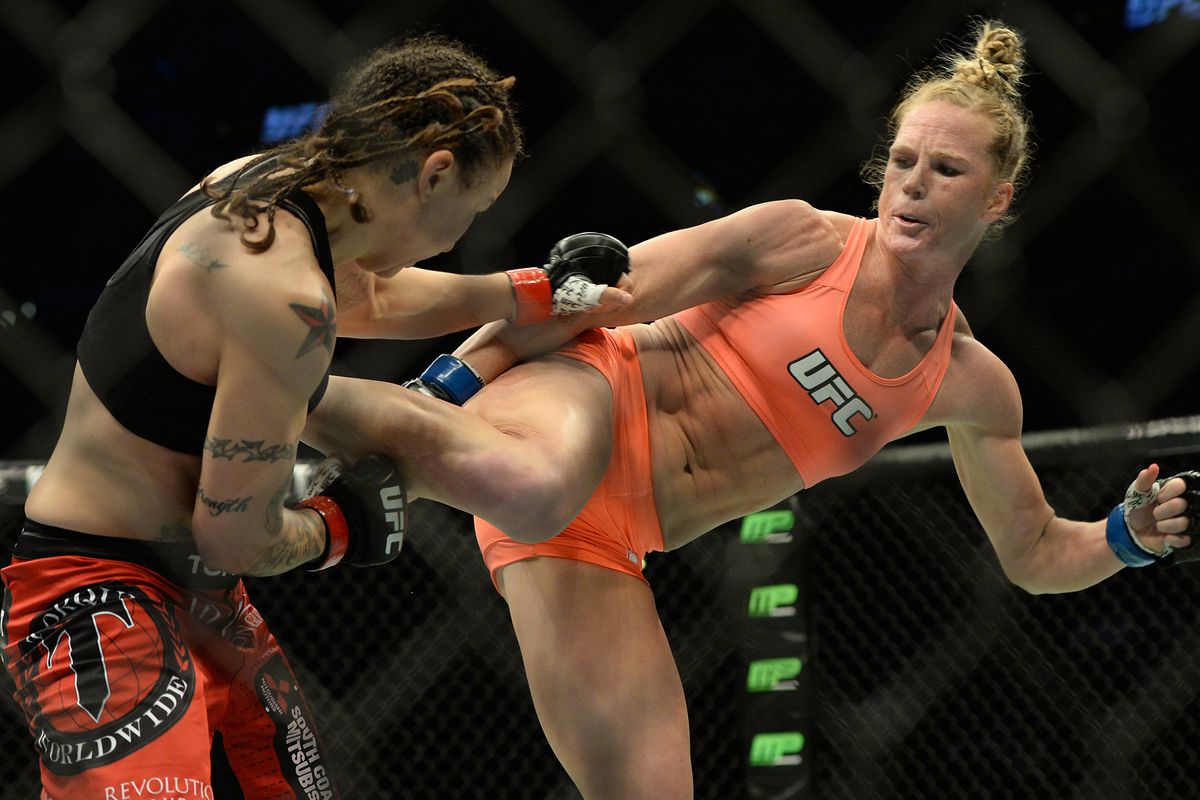 Two MMA veterans will finally have a rematch with one another, with one looking for a measure of revenge. Holly Holm v. Raquel Pennington II has been rebooked for UFC 245 in Las Vegas. The folks at MMA Junkie were the first to confirm the news.

Originally scheduled for UFC 243 in October, Holm (15-5) had to pull out due to an injury. That left Pennington (10-7) without an opponent. The latter revealed that the fight would be rescheduled, but the “when” aspect was unknown at the time.

It was in Australia where Holm knocked out Ronda Rousey to become the UFC Women’s Bantamweight Champion. Since then, Holm has gone 2-5 in her last seven fights. She has lost all three title fights she has been in since the Rousey fight; two unanimous decision losses to Germaine de Randamie and Cris Cyborg for the UFC Featherweight Title and a more recent TKO-loss to Amanda Nunes at UFC 239 for the Bantamweight Title.

This will be the first fight between Raquel (10-7) and Holm since the former welcomed Holm into the UFC back in 2015. Losing to Holm via split decision, Pennington ended up winning four in a row before losing to Nunes for the Bantamweight Title at UFC 224. She lost to de Randamie at UFC Fight Night 139 before beating Irene Aldana via split decision back in July.

A win over Holm could give Pennington the incentive she needs for a rematch against the winner of Nunes v. de Randamie. That bout is scheduled for UFC 245.