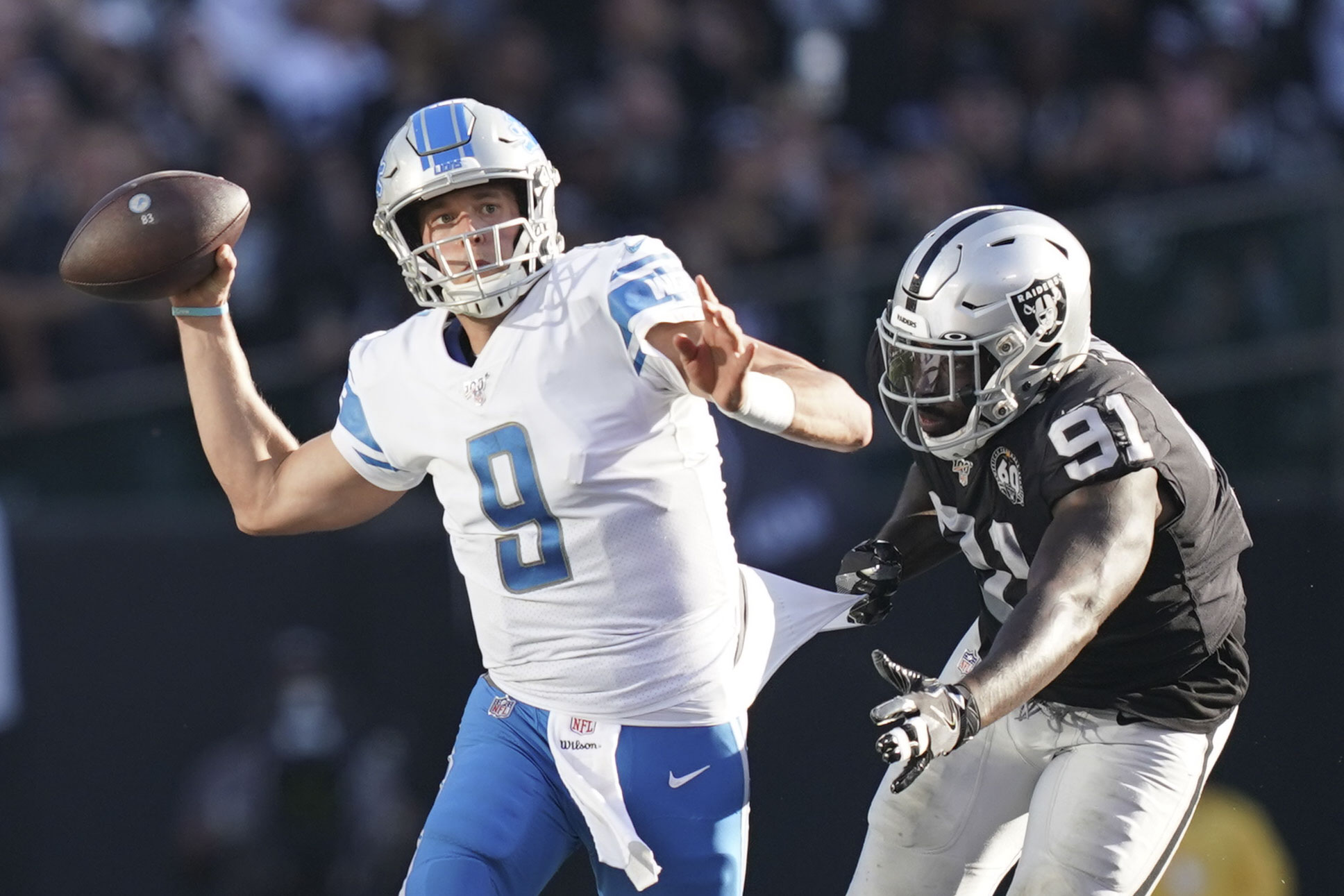 The Lions are currently trotting out third-string quarterback David Blough onto the field, but that doesn’t necessarily mean that the team’s franchise signal-caller won’t make a return at some point.

Quarterback Matthew Stafford has been out due to multiple fractures in his back, and it was expected that the team would shut him down for the rest of the season. He is 31 years of age, and was a cap hit of $29.5 million this season.

Still, for some reason, there’s talk of Stafford possibly returning, with head coach Matt Patricia saying they’re “leaving the door open” for him.

Matt Patricia said they are "leaving the door open for" Matthew Stafford to come back with his competitiveness on why he's still on the active roster. It's out of respect for the veteran quarterback.

This appears to be Patricia doing whatever he can to save his job. The Lions have lost eight of their past nine, and he is very much on the hot seat. If Stafford returns and wins a game or two, it could help buy Patricia another season.

Still, it does not seem wise to throw Stafford out there at all for the remainder of this season, given the severity of his injury.