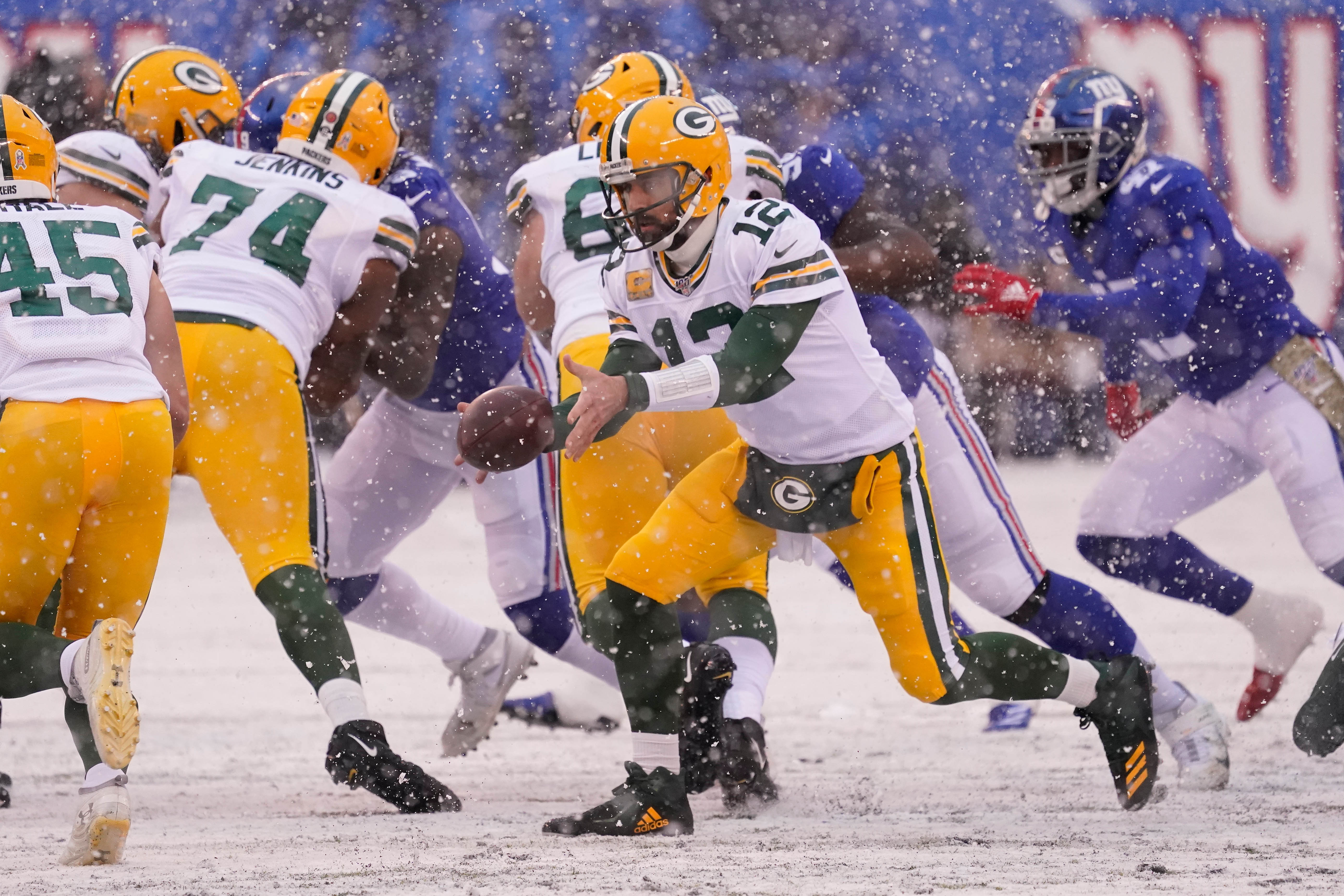 The Green Bay Packers bounced back from last week’s disappointing performance with a 31-13 road win against the New York Giants. The victory increased the Packers record to 9-3 on the season and they remain in first place in the NFC North heading into the final four games of the regular season.

Here are 10 things we learned from the Packers win over the Giants:

1. The Packers Quickly Established That This Week Would be Different

It was apparent on the very first drive that rookie head coach Matt LaFleur wasn’t just giving lip service last Monday when he said the offense had to be different than it was against San Francisco. The very first drive included a pass to Aaron Jones, a deeper pass to Allen Lazard, mixed in some runs and then an eight-yard touchdown pass to Davante Adams.

Despite the windy conditions and the snow and ice on the field, the Packers offense was able to run a more diverse set of plays that worked well when they had to.

While the Giants defense is one of the worst in the league, it was good to see the Packers offense move the football consistently and do a better overall job in all facets of the game than they did a week ago.

Let there be no doubt that free agent Allen Lazard has established himself as the Packers number two receiver. He finished the game with three catches on three targets for 103 yards and a touchdown. The three receptions included a catch of 43 yards and a 37-yard touchdown.

Rodgers has more confidence in Lazard than he does his other receivers not named Davante. Geronimo Allison had a pair of catches and one drop but remains inconsistent.

Marquez Valdes-Scantling was targeted twice but did not make a catch. MVS now has just two catches in the team’s last five games after making 16 catches in the first four contests.

Jake Kumerow saw limited action and was not targeted at all by Rodgers.

Right now, Lazard is the most consistent and reliable wide receiver the Packers have after Adams.

3. Bryan Bulaga Is One Tough Customer

Bryan Bulaga toughed one out for the team and played despite suffering an injury that took him out of last week’s game in San Francisco. This was an important game for the Packers in many ways and having Bulaga in the lineup was a big boost for the team’s confidence.

Whether the Packers sign Bulaga to a new contract for next year or not, he has certainly earned the respect of fans and teammates alike with his solid play this year and his ability to play with and through injuries.

Although the Packers didn’t record any sacks against the Giants, they did get pressure on Daniel Jones throughout the game and forced the rookie to rush many of his throws.

The Packers best pass rusher throughout the game was Za’Darius Smith who almost seemed to line up on the Giants backfield at times because he was there on so many plays.

Overall, the Packers pass rush played significantly better than they did against the Niners a week ago and Za’Darius Smith was at the biggest reason for that improvement.

5. The Defense Was Opportunistic But…

Despite the turnovers created, however, the defense seemed to be in a familiar situation: they gave up a lot of yards but only allowed 13 points.

The defense still allowed too many longer pass plays including catches of 43, 32 and 27 yards, a trend that cannot continue.

The Giants were able to move the football, gaining 335 yards despite the snowy conditions. The Giants were also 3-of-4 on fourth down conversions which made it difficult for the defense to get off the field.

The defense did a good enough job against the Giants, but against a more experienced or better quarterback, today’s performance may not have been good enough.

6. Mason Crosby Kicked Well Despite the Conditions and His Heavy Heart

Packers kicker Mason Crosby had another strong game despite the poor field conditions. He made all four extra points and booted a 47-yard field goal that gave the Packers a 17-7 lead early in the second quarter.

Crosby also did a good job on kickoffs, and the kickoff coverage kept the Giants pinned deep in their own territory on most drives.

Crosby had plenty on his mind as he lost his sister-in-law, Brittany who died of ovarian cancer on Friday. Crosby headed back to Texas to be with his family shortly after the game. We send our condolences to him and his family.

7. JK Scott Had a Strong Game

Punter JK Scott had struggled in recent weeks after a very strong start to the season. Today, Scott kicked well despite the difficult conditions. Scott punted three times for a 46.7-yard average and two of his kicks pinned the Giants inside their 20.

The Packers will need Scott to keep flipping the field in the final four games of the regular season especially if the defense continues to give up yards in large chunks.

The Giants did not have their starting tight end in the game, but rookie Kaden Smith was still able to have a big game against the Green Bay defense.

Smith came into the game with six career catches but had six today for 70 yards including a 32-yard effort.

9. Aaron Rodgers Was Back in Form

This was far from a perfect effort from Rodgers, but the veteran quarterback played well in poor weather conditions against the Giants. He had nearly as many yards in the first quarter this week than he did all game against the 49ers.

Rodgers wasn’t sacked, thanks to a good effort by his offensive line, and he spread the ball around effectively. Seven Packers caught at least one pass including the first Packers touchdown for veteran tight end Marcedes Lewis.

Rodgers ran effectively when he needed to, didn’t turn the ball over in the snow and led the team to an efficient although not spectacular offensive performance.

The Packers were 7-of-13 on third down conversions, a big step up from last week’s disastrous 1-for-15 effort.

Rodgers yards per attempt improved from 3.2 against San Francisco to 7.4 against the Giants.

Yes, the Giants defense is a poor unit, but this performance should help the offense regain its rhythm and confidence.

10. Davante Adams Is Rounding Back into Form

Receiver Davante Adams continues to round back into form. The Packers top wideout made six catches for 64 yards and a pair of touchdowns. He also drew several key interference penalties that kept drives alive.

Since returning from his turf toe injury, Adams has 27 catches in four games. He also has three touchdowns in his last two games, a positive sign for the Packers offense moving forward.

While it is not good when the Packers offense focuses only on Adams, having the team’s best receiver returning to form gives the offense an important weapon for the stretch drive and beyond.