Jerry Jones says Jason Garrett will be coaching in the NFL next year, but doesn't say where 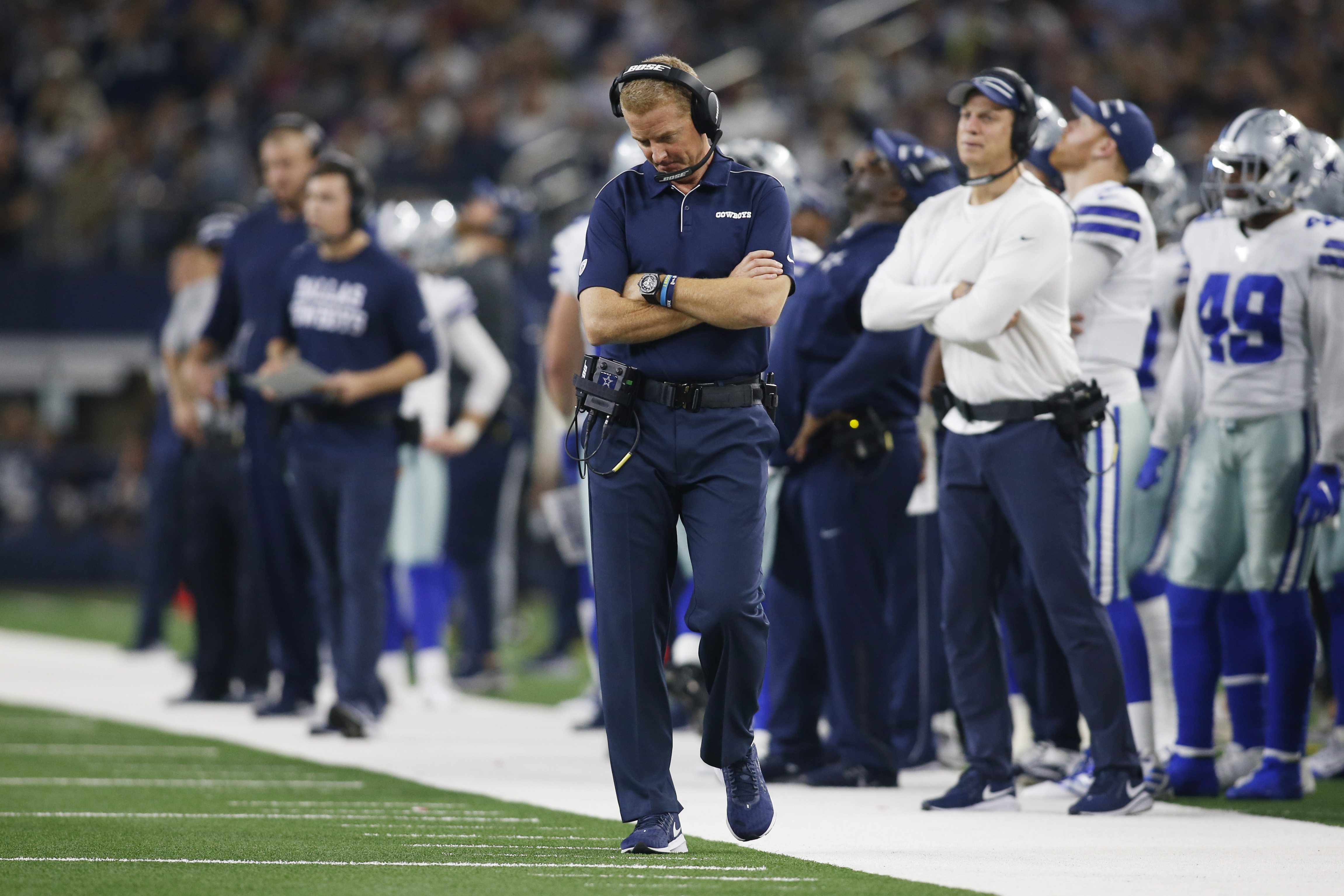 Jerry Jones says Jason Garrett will be coaching in the NFL next year, but doesn't say where

No other coach in the NFL has a hotter seat right now than Jason Garrett, and even though he has the support of Jerry Jones, it doesn’t sound like the Cowboys owner is fully committed to keeping Garrett after this season.

During his weekly appearance on 105.3 The Fan, Jones confirmed that his plan is to keep Garrett at the helm for the remainder of the season despite being 6-6 because “he’s a good coach” and “the guy for the job.” Jones also said Garrett “will be coaching in the NFL next year,” but he didn’t say where, and more specifically if it was going to be in Dallas.

Garrett is in his 10th season coaching the Cowboys after taking over as interim head coach in 2010 for Wade Phillips. He’s led Dallas to three first-place finishes in the NFC East along with three trips to the divisional round of the playoffs, but the Cowboys have come up short each time. This season has been especially disappointing, because as good as the Cowboys have looked on paper, it hasn’t translated to wins. And even though Dallas is currently sitting atop the division in December despite losing three of the last four games, Garrett is taking a lot of heat for his team underperforming this season.

We’ll see what happens to the Cowboys coach after the season eventually ends, but it feels like Garrett is coaching his last few games in Dallas.