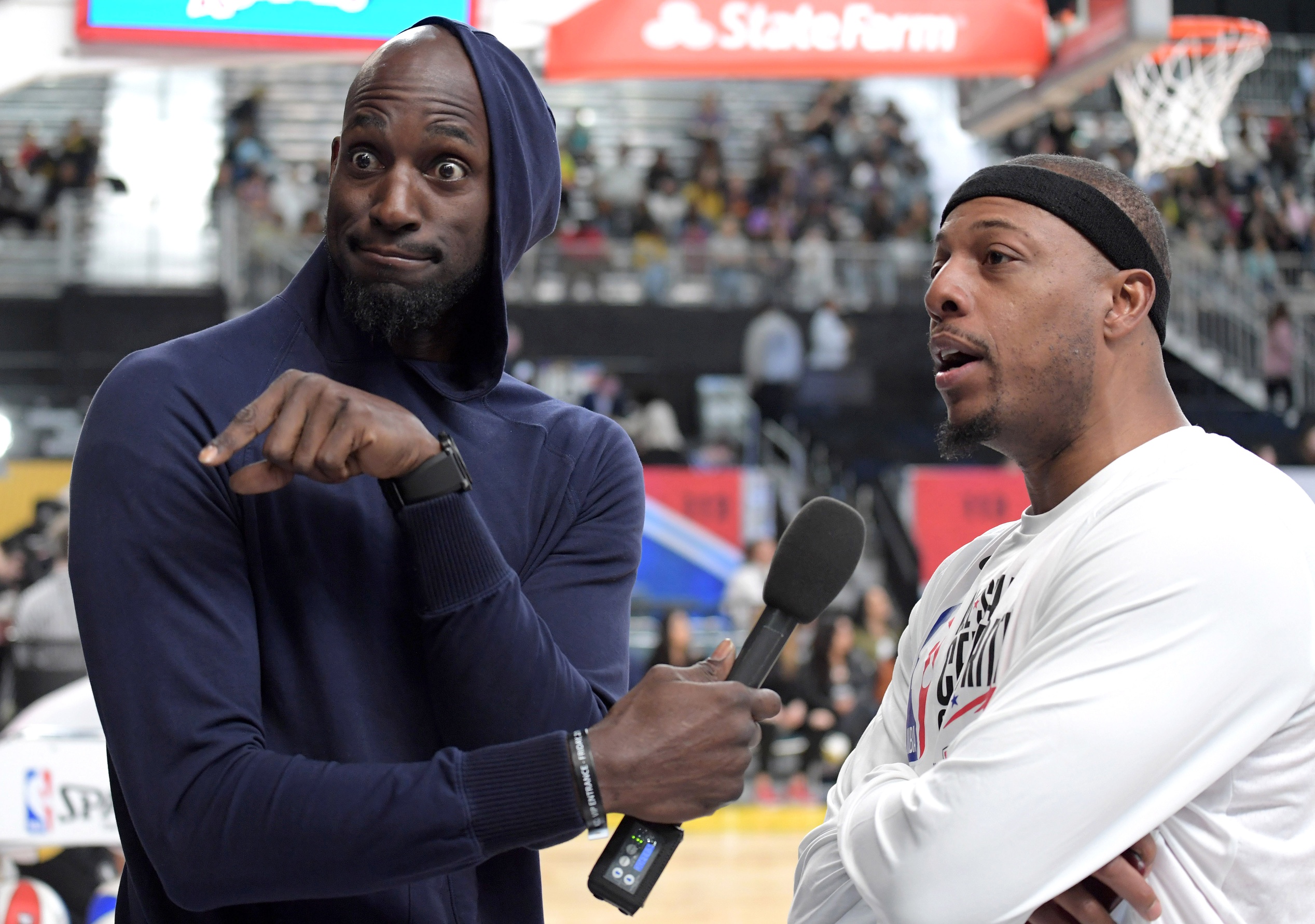 Kevin Garnett has never been afraid to speak his mind. So no one should be surprised with his assessment of Kyrie Irving’s tenure in Boston:

Kevin Garnett was quick to answer whether he was surprised Kyrie Irving left Boston.

“No,” he said flatly, before implying that Irving, the Nets point guard, didn’t have the mental makeup for Beantown.

“Boston’s a tough town, dawg. You have to have some major cojones to be there,” Garnett said. “You got to want that. The people want it for you. That’s why Paul (Pierce) is perfect for it. Paul wants the shot every time. Like, ‘You’re 0-for-14.’ And he’s like, ‘I know, but they WANT it.”

Not the most PC response, but that’s Garnett.

I know we’re all trying to turn the page on Kyrie. But when Garnett talks, I listen.

In honor of KG, let’s rewind to one of his greatest post-game media sessions: