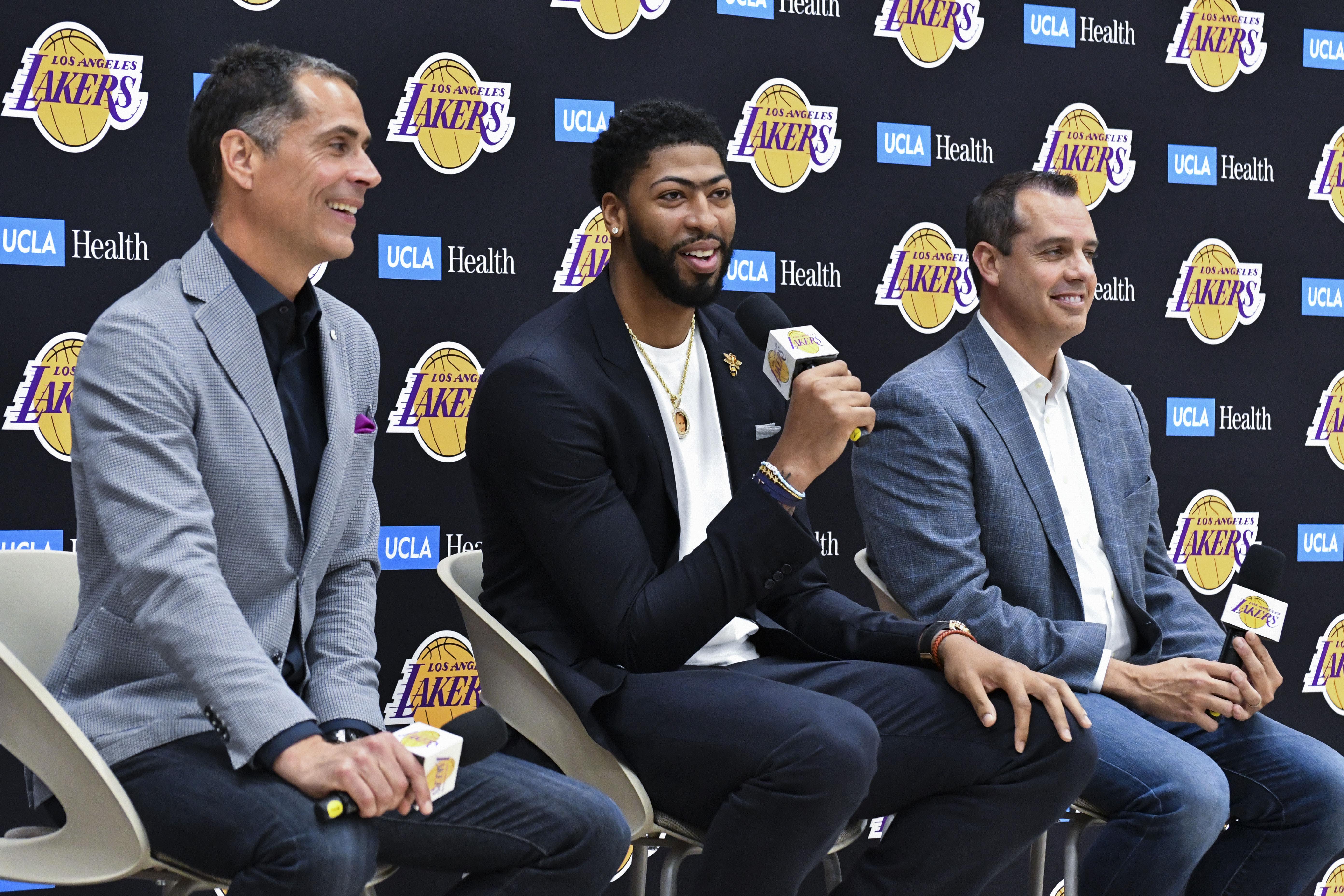 The Lakers traded the farm to acquire Anthony Davis over the summer, and the team’s coaching staff has extremely high expectations for him.

Davis saw limited minutes during his final games as a member of the Pelicans, given how awkward the situation there was after he demanded a trade, and given his injury history, it was fair to assume that he might get off to a slow start this season.

But it’s actually been quite the opposite.

Davis has averaged 26.1 points, 9.3 rebounds and 3.3 assists per game so far this season, with the Lakers benefited big-time, off to a 18-3 start. Not only that, he’s also been great on the defensive end, averaging 2.7 blocks and 1.4 steals per contest. In fact, he’s been so good that head coach Frank Vogel recently had some high praise for him, saying that he believes AD will win the Defensive Player of the Year award.

Frank Vogel in Denver on AD: “I think he can and will win defensive player of the year this year.”

It’s only the quarter mark of the season, so probably a bit premature to be declaring who’ll win what season award.