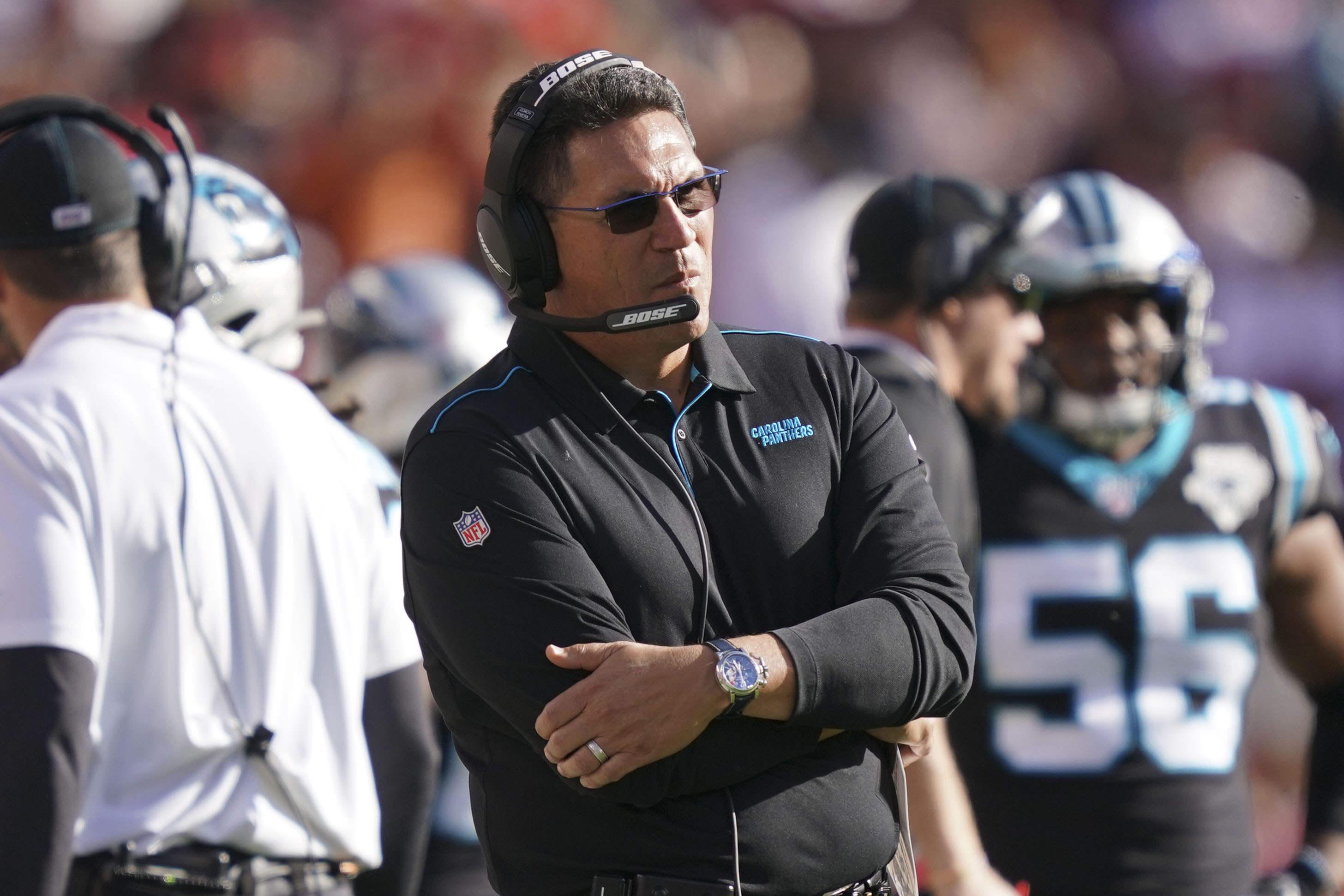 Instead of waiting around for Black Monday to begin making changes, the Panthers decided with four games left to spare it was time to let go of Ron Rivera.

The two-time Coach of the Year, who led Carolina to a Super Bowl in 2016, was fired Tuesday, just days after the Panthers lost to lowly Washington, their fourth loss in a row. As ESPN’s Adam Schefter reported, secondary coach Perry Fewell will take over as interim coach.

Panthers owner David Tepper said in a statement “this is the best decision for the long-term success for our team,” and he added that the search for next head coach will begin immediately.

In nine seasons, Rivera tallied a 76-63-1 regular-season record and went 3-4 in the playoffs. The Panthers are currently 5-7 and all but eliminated from playoff contention this season.

While Rivera does deserve some of the blame for Carolina’s lackluster season, the loss of starting quarterback Cam Newton to start the year didn’t do him any favors. It will be interesting to see if he gets another job soon after this season.