What we learned about Eagles in Miami loss... 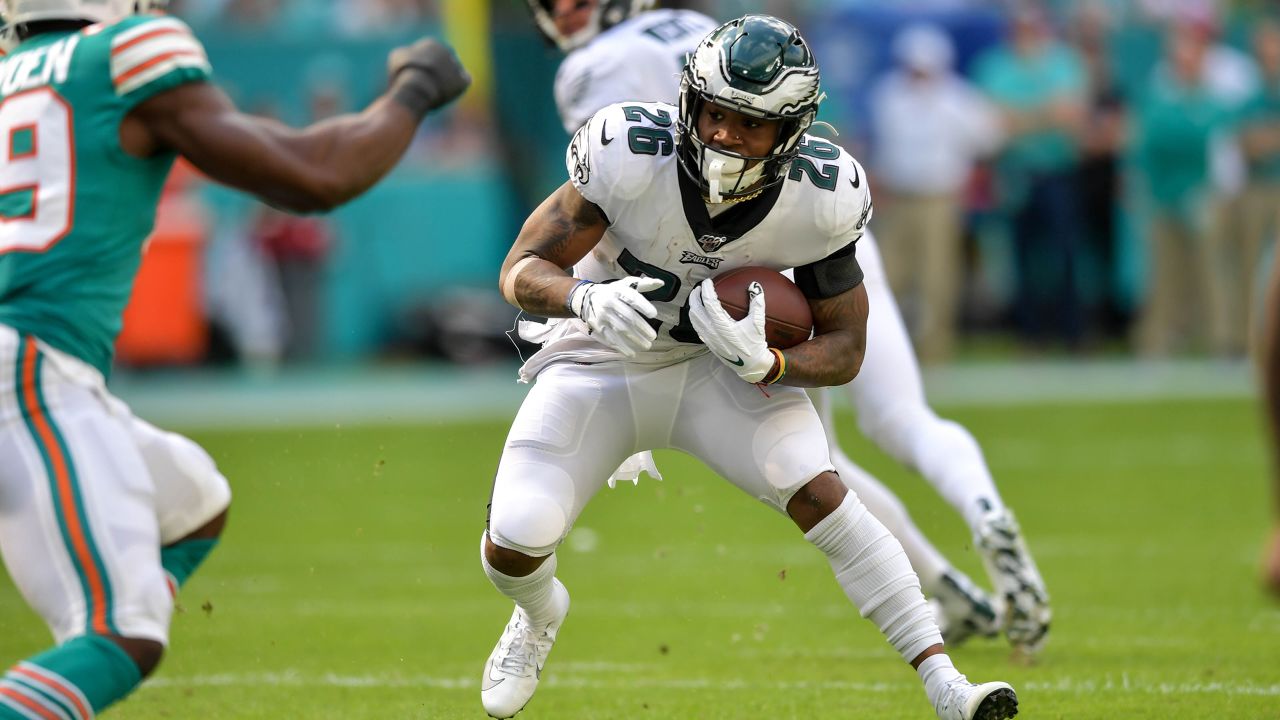 What we learned about Eagles in Miami loss...

First of all, life goes on… worse things can happen than your home team’s having a really bad day at the office…

Secondly, we should never take a projected win over a wounded opponent for granted. Every team in the NFL has a puncher’s chance, no matter what their record is.

That said, Jeff McLane of the Inquirer finally came through with some really cogent commentary to balance the fan/media negativity we have absorbed in the wake of disappointment:

“Doug Pederson hasn’t suddenly turned into a bad coach. He won a Super Bowl and did so by outsmarting arguably the best coach in NFL history with his backup quarterback. There isn’t anything fluky about that.

“The Eagles floated through most of last season as if hung over from their championship. But Pederson’s 2018 team overcame injuries and various personnel misses to salvage a respectful ending. Howie Roseman seemingly reloaded in the offseason for another title run. But many of those moves have backfired, and Pederson’s coaching hasn’t offset the failures of the general manager and his staff.”

So in McLane’s mind, it’s the personnel department which is having a bad year, not necessarily the coaches and the players.

Still, there is something to be said about the coaches’ gameday preparation:

“The Eagles haven’t been properly prepared for many games this season, but Sunday took the cake. The Dolphins, at 2-9, had nothing at stake, and those teams can be dangerous if they play aggressively. They dialed up trick plays such as the fake field goal, tossed in some change-of-pace plays such as the Wildcat, tried an onsides kick, and rolled the dice three times on fourth down. Aside from the onsides kick at the start of the second half, each play was successful.

“The Eagles weren’t ready for the fourth-down fake, and while Miami gets most of the credit for execution, a timeout in that situation would have made sense. The Eagles didn’t adjust to the Wildcat and were gashed for 28 yards. And on one of the other fourth-down conversions, the Dolphins attacked with a deep pass that turned into a 43-yard touchdown.”

Jim Schwartz’s defense was ill-prepared, and when the Dolphins made it clear that they would air it out, the coordinator didn’t make the necessary adjustments.

McLane justifiably also points out the penalties accrued by the Birds as a sign of poor preparation:

“But the most disappointing aspect of the loss had to be the penalties. The Eagles committed 10, and nearly every one negated a positive play. An undisciplined team reflects the coaching staff.

“Defensive tackle Tim Jernigan was flagged twice for roughing the passer, and for good measure was also offsides on the second. Guard Isaac Seumalo wiped out a Jay Ajayi 8-yard rush with a hold. Receiver Mack Hollins brought back a Nelson Agholor 11-yard catch with an illegal block.

“The officiating was at times dubious, but welcome to the NFL. The Eagles mostly shot themselves in the foot, and that starts with Pederson.”

That’s a harsh way to look at your team, but McLane suggests it is the reality.

The good news is Carson Wentz is only going to get better because of what he has learned during this losing streak.

“Wentz can play with a competent supporting cast. With tackle Lane Johnson, guard Brandon Brooks, and Jeffery and Agholor back in the lineup, Wentz looked more like the quarterback we saw through the first nine games of the season. He mostly had time to throw and open receivers to throw to. His passing numbers — 28-for-46 for 310 yards and three touchdowns — reflected as much.

“Jeffery had his best game of the season with nine catches for 137 yards and a touchdown. And while tight end Zach Ertz didn’t play up to his standards, partly because of a hamstring strain, the Eagles scripted enough plays that involved moving the pocket and getting the ball out of Wentz’s hands in less than three seconds.

“Wentz missed a few throws. He threw high of Agholor early on. Missed him again when he had space in the flat. And most egregiously, overshot an open Jeffery down the sideline in the third quarter. But Ertz dropped a gimme that would have at least had the Eagles inside the Dolphins’ 5. Receiver J.J. Arcega-Whiteside couldn’t hang onto a third pass that hit him in the hands. And Ertz had a would-be touchdown ripped from his hands in the end zone late in the fourth. Wentz had other accurate throws that would be caught, and he extended plays that resulted in completions, the best a 15-yard touchdown pass to Arcega-Whiteside.”

Finally, The season is on life support, and the last four games will say a lot about which players survive this offseason. The Eagles are only a game behind the NFC East-leading Cowboys, so the postseason still remains a potential reality. Some fans might not care, but the players should, and anything less than 100% effort will say a lot about said player.