Your Morning Dump... Where it's time for first quarter grades 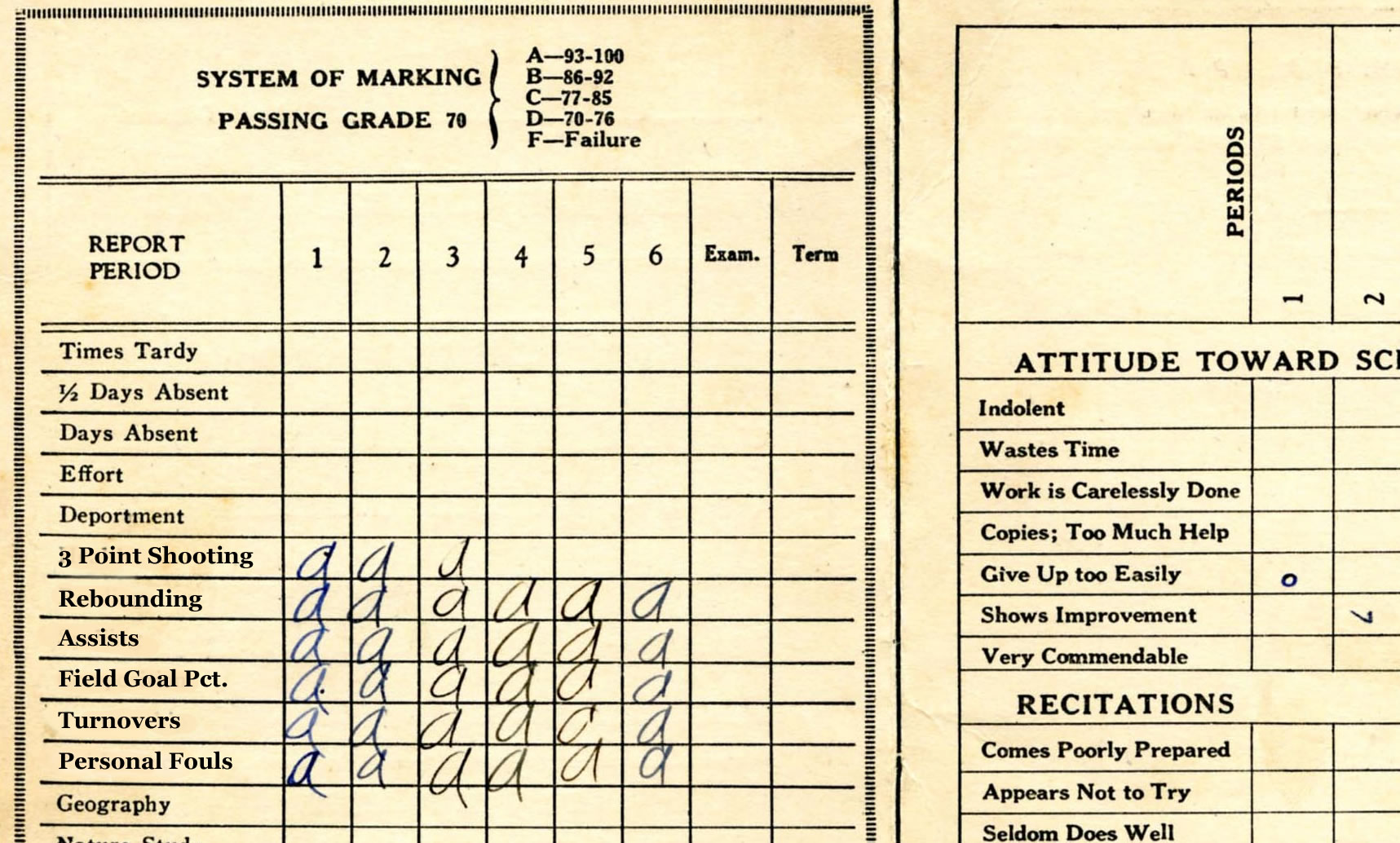 Your Morning Dump... Where it's time for first quarter grades

The best first quarter they’ve put together, ironically, might be to the season as a whole. Nearing the quarter pole of the year, the Celtics sit at 14-5 despite the fact that Gordon Hayward — maybe their most consistent player early in the season — has missed the last 11 games due to a left hand fracture.

Boston is unlikely to maintain this 60-win pace, but a mid-50 win total seems feasible with decent health.

Yours truly had the Celtics pegged at 58 wins, and I’m not regretting that pick.

Meanwhile over at NBC Sports, Chris Forsberg & Co. have turned the clock back to 2013, and have presented their article as a 17 page slide show. I’m here to save you clicks by presenting the highlights.

Forsberg’s a bit stingy with the grades, as only Tatum rates an ‘A’ (and an A- at that). Smart draws a B, with these comments:

Smart’s injuries seemed to be catching up to him even before the shot he took to the abdomen on Sunday in New York. If he’s sidelined for any period of time, the Celtics will be hard-pressed to replace what he does, particularly on the defensive side. Smart has gleefully defended all five positions on the floor, dubbing himself a stretch 6 and routinely taking on the challenge of defending players as much as a foot taller.

A few weeks ago, I spent some time breaking down how Marcus Smart lowers his center of gravity and positions himself to defend players much bigger than him. That style of play is not without cost against taller players–it’s no coincidence that he’s having some issues with his obliques, rare in basketball, because those muscles do a fair bit of the heavy lifting when he’s holding his position against a taller player in the post.

I’m one of the guys—and you are too, admit it—who completely forgets that Romeo Langford is on this team for days at a time.

One of the things that concerns me about Langford is that he’s injuring everything. I mean, it’s his thumb, his groin, his knee, his ankle. At a certain point, you wonder if this kid’s connective tissue just isn’t up to the strain.

Instead, even with a rotating cast of bigs, the Celtics own the sixth best defense in the NBA while allowing 103.4 points per 100 possessions. With a switchy and active defense, the Celtics have limited opponents to 43.3 percent shooting overall and 34 percent beyond the 3-point arc — both top 10 marks — all while turning opponents over at the third best rate in the NBA.

Forsberg must’ve gotten up on the wrong side of the bed yesterday, because he writes all that and proceeds to give the C’s defense a ‘B+’.

One of the things I’m a bit worried about, though, is if the Nets ‘cracked the code’—if they’ve found rotations that can be copied by other teams and which lead to a high percentage of wide open corner threes. Brooklyn positively roasted Boston from the corners on either side of Thanksgiving last week, and the Celtics need to figure out how to keep that from happening in the future.

On the other hand, I just can’t agree with everyone who says the Celtics need an upgrade at center. They’ve played a pretty much representative sample of the NBA, and the center spot, while iffy, has not been a major weakness. Ergo, why fix what ain’t broken? Especially when you look at the goofy salaries that have been handed out to the somewhat better than average centers that are on the market. Boston would have to match those salaries, which means parting with Smart, Brown, or half the bench rotation.

Page 2: Where Hayward’s absence is hurting the offense

Too often Hayward was playing the right way with people who weren’t. Too often he’d move the ball, make a cut and watch a teammate over-dribble and put up a contested shot.

“Yeah, if he gave the ball up, it wasn’t coming back,” said president of basketball operations Danny Ainge. “I mean, I think it was everybody trying to figure out like how they could earn their opportunities, and there wasn’t enough to go around to feed everybody.”

The Celtics are a plus-11.4 in offensive rating differential when he’s on the floor and a plus-4.3 when he’s not. Their effective field goal percentage is a team-best 54.8 percent with him in the game. And in the 11 games since he fractured his left hand in San Antonio, the Celts have gone from 113.1 points a game to 109.

Added Kemba Walker, “Just having that extra guy — a guy that play in pick and roll, make plays, take pressure off everybody else — is huge. And he was playing amazing before he got hurt, so, yeah, we can’t wait for him to get back.”

There is an interesting contrast between last season and the Celtics’ current situation, where they’re waiting for Hayward to get healthy and hit the court again.

Last season, with Terry Rozier and Marcus Morris, the Celtics’ rotation was, frankly, too deep. And while that was not an extreme liability on the defensive end, it had an apparently deleterious effect on offense. These guys shouldn’t be chasing stats, but it’s a fact that they do pay attention to them, and when their playing time drops into the mid 20s, it doesn’t matter how gaudy their per-36s or per-100s are, their per game stats are going to take a hit.

So you had pretty much everybody on the court trying to make the most of their minutes, with a correspondingly negative effect on the overall offense.

This year, with a shallower rotation, guys have gotten back closer to league average workloads, and the offense has—with Gordon Hayward—looked a lot better.

However, with Hayward sidelined, we’re seeing the opposite problem: The Celtics, at present, do not have enough high caliber offensive players. Gordon Hayward’s minutes (33.2) have been divvied up largely between Semi Ojeleye (+15.3), Brad Wanamaker (+10.6) and Jaylen Brown (+5.4). And while Wanamaker, especially, has been great for the Celtics, he’s not sized to be a direct replacement for Hayward, and even if he could slot into Hayward’s spot in the lineup, he’s not as good as Hayward.

Finally: The NBA’s challenge system is as screwed up as their officiating is in general

After winning a challenge that still cost his team two points, he was seen on the TV broadcast saying “I’m done with these (expletive) challenges. This is unbelievable.”

The challenge system is still a work in progress for everyone. Stevens was challenging a blocking foul on Grant Williams, and was hoping it would turn into an offensive foul on Julius Randle. Instead the refs said there was actually no foul on the play and the basket Randle made would stand.

Officiating in the NBA sucks, and there is a not inconsiderable body of evidence which suggests that the NBA’s top brass do not view the overall incompetence of their officials as a problem. Instead, by consistently refusing to address the blatant favoritism, inconsistency between officiating teams, and even the in-game inconsistencies in officiating, the NBA has given their tacit approval to all this folderol.

And, given that the NBA seems to think that their overall officiating regime is not hopelessly broken and in need of a ground-up overhaul, it should be no surprise that the lipstick which the NBA has added to this pig has done nothing to improve the underlying issues and has, in fact, served only to highlight the problems that the league persistently refuses to address.

Take, for instance, the above noted challenge which resulted in a foul being subtracted from Grant Williams’ total.

If, indeed, there was no foul on the play, then Stevens was effectively being asked to do the ref’s job for them, and with almost no benefit to the Celtics.

Coaches get one challenge per game, and they can’t challenge ‘non-calls’. The crew chief, who may have made the initial call, has the final say over any change in foul assignment, and can hardly be considered an independent auditor of his own work.

There are issues with incentivizing coach’s challenges; but at the same time, if there is no incentive for a coach to challenge a call, then you’re effectively asking coaches to perform independent real-time reviews of the officials’ on court performance, and if that’s all that the challenges are going to be good for, reviews should be initiated by the league and not by coaches.