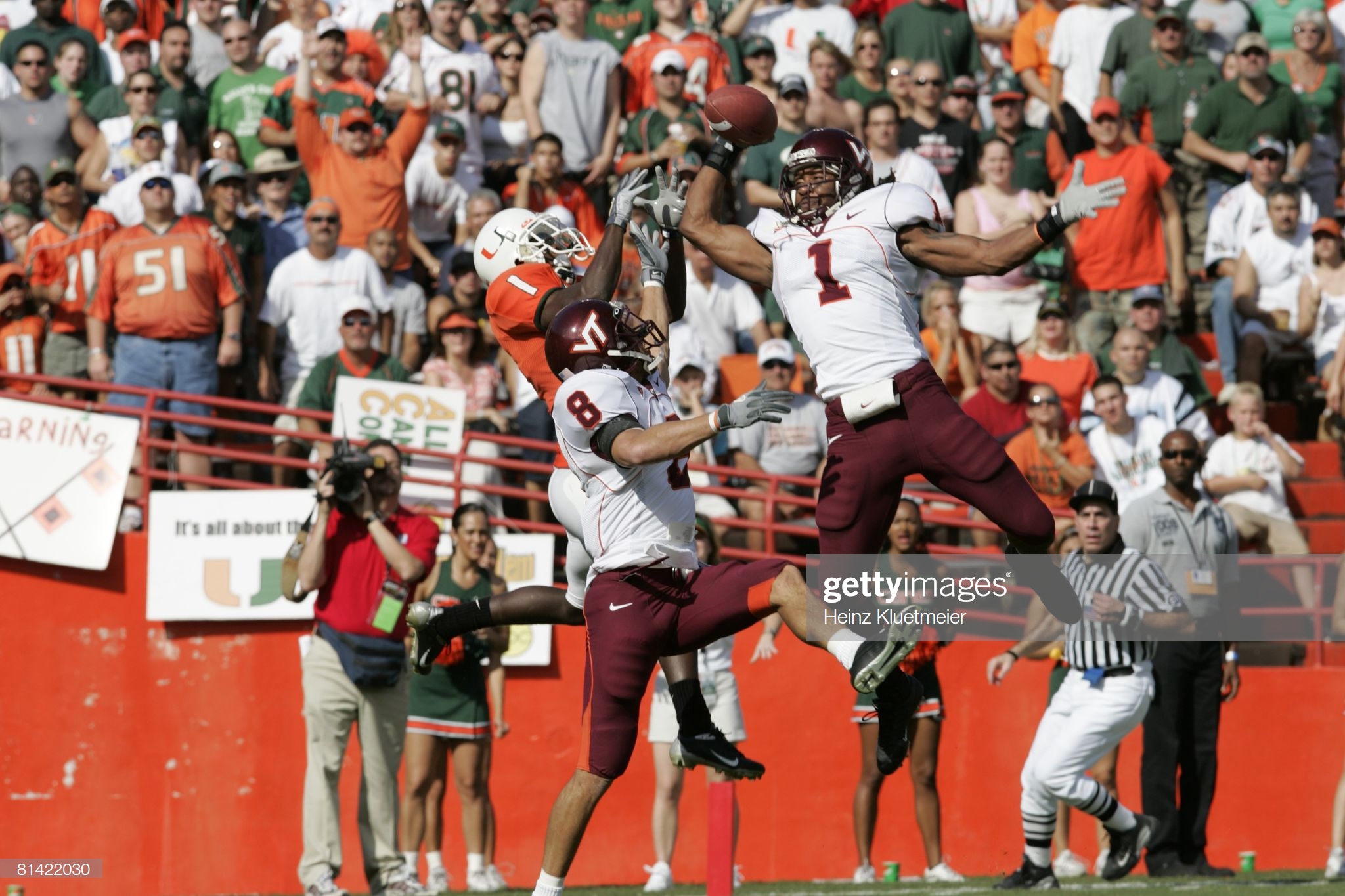 For the early parts of the Big East’s football existence, the annual contest between Miami and Virginia Tech was the marquee match-up in the conference. In 2004, the teams left the conference for the ACC, but in terms of conference championship implications associated with the match-up, not much changed in year one.

On this day 15 years ago, the Hokies topped Miami in the Orange Bowl in a de facto ACC Championship. There were only 11 teams at the time in the conference and not yet divisions, but the teams met with an outright ACC crown on the line.

Virginia Tech had handed Miami its only Big East loss the year prior in Blacksburg, 31-7, but the Hurricanes won the conference and had represented the Big East in the Bowl Championship Series in each of the previous four seasons. On Dec. 4, 2004, the 10th-ranked Hokies turned the tide with a 16-10 victory over No. 9 Miami.

Virginia Tech arrived with a record of 9-2 while Miami was 8-2, but the contest was not a thing of beauty. The teams combined for seven turnovers, just 22 first downs and less than 500 yards of offense. The Hurricanes managed just 190 yards of total offense and seven first downs, but four Virginia Tech turnovers kept things interesting.

For all its faults, the game was tied 10-10 entering the fourth quarter. Less than four minutes into the final period, Virginia Tech quarterback Bryan Randall would find Eddie Royal for a 39-yard touchdown. The scoring strike came on the first play of the drive after the Hokies’ defense had forced a 3-and-out deep in Miami territory.

Kicker Brandon Pace missed the extra point to keep the lead at six. For the remainder of the game, Miami would manage just one first down.

After the teams continued to exchange punts, the Hurricanes started their final drive at their own 11-yard-line with just over a minute to play. After Miami quarterback Brock Berlin completed an 8-yard pass to Sinorice Moss on the first play of the drive, the Virginia Tech defense forced three straight incomplete passes to seal the victory.

The first 10 Virginia Tech points would come in the second quarter as Randall hit tight end Jeff King just over a minute into the period. Miami’s Tyrone Moss tied the game with a 2-yard run with more than 10 minutes remaining in the first half before Pace’s 45-yard field goal late in the half gave the Hokies a 10-7 halftime lead. Miami’s Jon Peattie tied the game with a 23-yard field goal midway through the third quarter after Randall fumbled at his own 30.

Virginia Tech running back Cedric Humes had the best offensive day, rushing for 110 yards on 27 carries. Miami managed just 2.3 yards per rush and only 4.5 yards per pass in the loss.

The Hokies would go on to lose to undefeated Auburn in a hard-fought Sugar Bowl, 16-13. In its first seven years as a member of the ACC, Virginia Tech would win the conference four times, but that has not happened since 2010. The first ACC crown for the Hokies was clinched on this day 15 years ago.