49ers broadcaster has hot take about Lamar Jackson with racial undertones, gets suspended 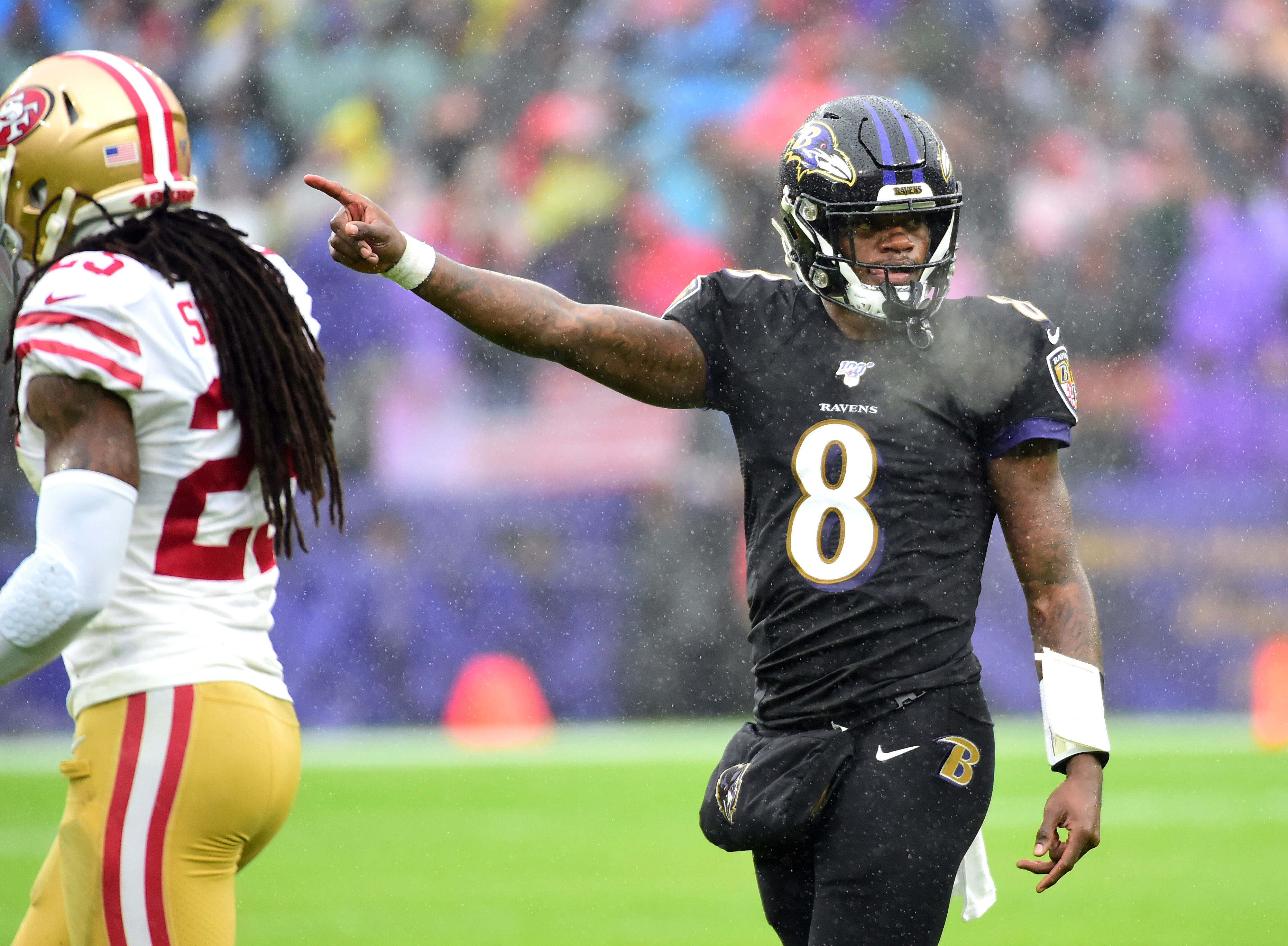 49ers broadcaster has hot take about Lamar Jackson with racial undertones, gets suspended

Broadcasters have to be extremely careful with what they say, as their words are aired for viewers across the entire world.

As such, it’s important that they don’t exclude or call anyone out, being that what’s nothing to some might be offensive to others.

That’s why what 49ers radio color commentary guy Tim Ryan said about Ravens quarterback Lamar Jackson is shocking. Ryan appeared on KNBR’s “Murph and Mac” morning radio show, and he spoke about how Jackson is good at disguising handoffs while running the zone-read offense. His choice of words was poor, however, as you can read below.

“He’s really good at that fake, Lamar Jackson, but when you consider his dark skin color with a dark football with a dark uniform, you could not see that thing,” Ryan said, as transcribed by the San Francisco Chronicle. “I mean you literally could not see when he was in and out of the mesh point and if you’re a half step slow on him in terms of your vision forget about it, he’s out of the gate.”

Snippet of Tim Ryan’s comments RE: Lamar Jackson’s “dark skin with a dark football with a dark uniform… you could not see that thing” via KNBR. He has since been suspended by the team pic.twitter.com/vpRI3veoXK

The comments about Jackson’s “dark skin” and “dark football” essentially giving him an advantage were ill-advised, and they earned Ryan a one-game suspension by the team.

Tim Ryan will not broadcast the 49ers' game Sunday against the New Orleans Saints. https://t.co/mF649fQPrN

It really is unbelievable how someone can have a job of that magnitude, vocalizing opinions to the public every week, yet not have a filter on his speech.