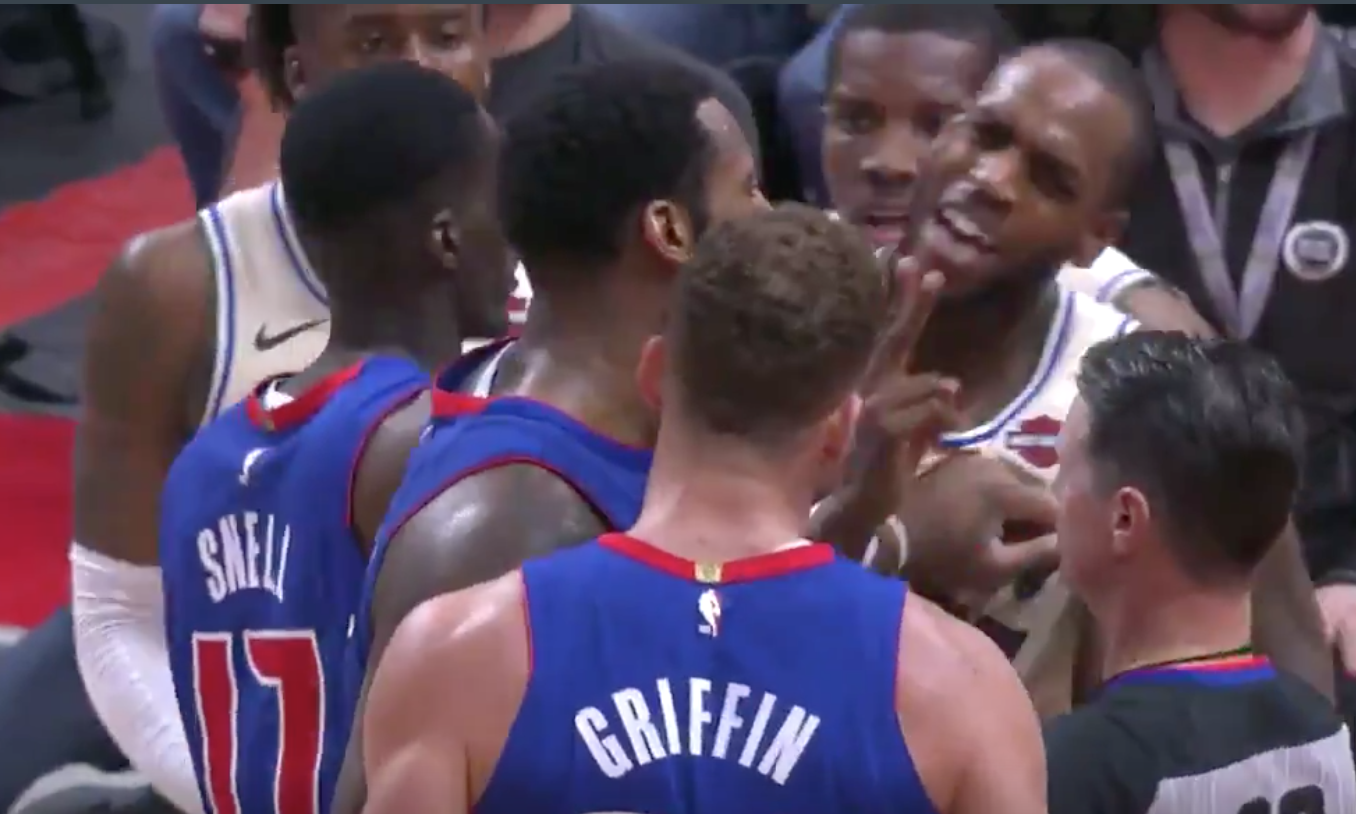 Giannis Antetokounmpo is the reigning MVP, and with that comes some extra attention from other players around the league.

The Greek Freak stands six-foot-eleven and weighs 242 pounds — nearly all of which is muscle — but that didn’t stop Blake Griffin from stepping to him during Wednesday’s game.

It happened in the second quarter, when Griffin socked Giannis with a brutal elbow.

That didn’t go over well, but it didn’t stop there. Antetokounmpo was fouled during the quarter that followed, which sent him to the floor. Not only that, though, Griffin stood over him afterward, and that prompted a skirmish to break out.

Blake stepped over Giannis and the Bucks weren't having it 👀 pic.twitter.com/D5oBIjCycS

Stepping over an opposing player is a cardinal sin in the NBA.