Five Packers Who Have Exceeded Expectations This Season 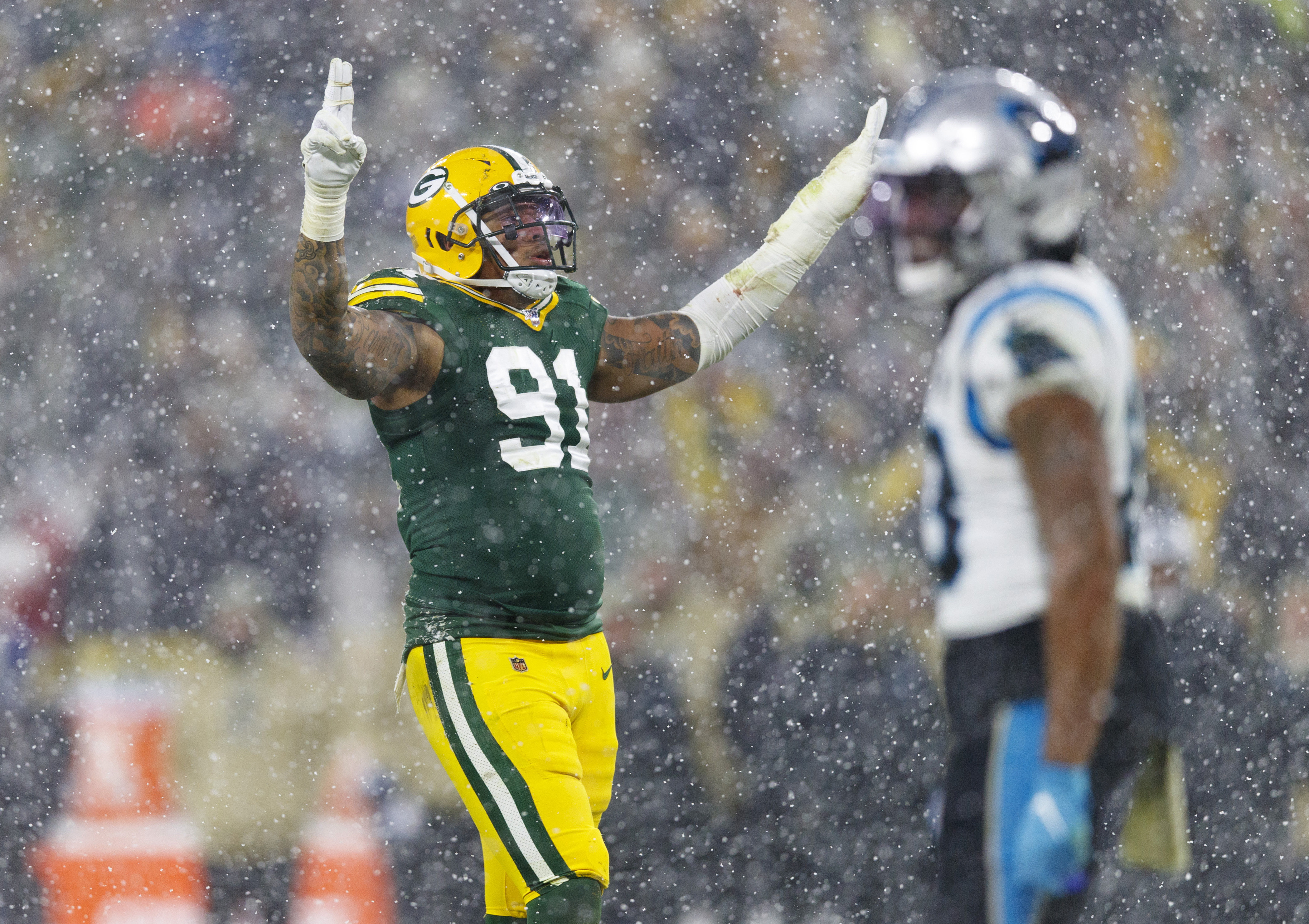 Five Packers Who Have Exceeded Expectations This Season

The Green Bay Packers are 9-3 at the three-quarter pole of this season under rookie head coach Matt LaFleur. This guarantees the Packers a winning record and puts them in the driver’s seat for the NFC North Division crown, something few people expected before the start of the season.

The Packers wouldn’t be in this position if they didn’t have players who are performing better than expected before the season started. Here are five Packers who are exceeding expectations for this year. These players are a big reason why the Packers improved so much over the last two seasons.

Few rookie offensive linemen make a big impact, but Jenkins has been a very good player since taking over as the starting left guard in Week 3 after Lane Taylor went down with an injury.

The 6’5”, 311-pound Mississippi State product has played every snap since taking over as the starter and has proven to be a very strong run blocker and a good pass protector. He is a smart and versatile player along the line.

“He’s a really intelligent guy, very football smart,” Packers offensive line coach Adam Stenavich said. “He’s confident because he can go out there and he knows what to do, and he knows who to block so he can play fast. That’s the biggest thing for rookies is figuring out what to do, so when they do it, they can do at a high level. He’s been able to do that almost from Day 1.”

Jenkins has helped solidify the offensive line and he should be a shoo-in to make the NFC All-Rookie team at the end of the season. He has a bright future ahead of him and should only get better as he gains experience and gets more comfortable playing at the NFL level.

Za’Darius Smith has had a major impact on the Packers since they signed him as a free agent this past offseason.

In 12 games thus far, Za’Darius has a career-high 10 sacks. His previous high was 8.5 with Baltimore in 2018. Za’Darius has gotten consistent pressure on opposing quarterbacks which has caused many of them to rush their throws. That can create turnovers.

Smith has four games with more than one sack. Even when he doesn’t tackle the quarterback, Smith has an impact on the game. Last week against the Giants, Za’Darius didn’t record a sack but was credited with 12 pressures, five quarterback hits and one tackle for loss.

In addition, Za’Darius and fellow Smith Brother, Preston, have helped give the defense and the team a new and more confident attitude.

“He scares a lot of guys,” Preston said of Za’Darius. “Because normally guys, if they weren’t scared, they might go against somebody and come off and try to block me, but he had the guy petrified, and he stayed on him, and I came around. And I tell him thank you all the time.”

Preston Smith has also exceeded expectations for the Packers in his first season in Green Bay. The former Redskins player never had more than eight sacks in a season before arriving in Green Bay but already has a team-leading 10.5 sacks through 12 games.

Preston has four multi-sack games including a three-sack effort in the Packers win over Denver in Week 3.

Preston can also drop back into pass coverage when called upon and that gives defensive coordinator Mike Pettine the ability to disguise blitz packages and coverages.

The Packers now have a great one-two punch at edge rusher thanks to the strong play of Preston and Za’Darius Smith both of whom have exceeded expectations.

Allen Lazard was an afterthought at wide receiver as the Packers headed into training camp this year. The 6’5”, 227-pound Iowa State product had a strong preseason but was cut initially before being re-signed before the season opener in Chicago.

Lazard barely saw the field until late in the Packers Week 6 win over Detroit when he made four catches for 65 yards and a touchdown in the fourth quarter.

Since then, the former undrafted free agent has assumed a larger role in the Green Bay offense. Thus far, Lazard has 22 catches for 330 yards and two touchdowns.

He registered his first career 100-yard passing game against the Giants last week when he caught three passes from Aaron Rodgers for 103 yards and a touchdown.

Lazard’s size, hands and consistency have earned him Rodgers’ confidence. He should continue to be a bigger part of the offense for the rest of the season.

Mason Crosby has been a model of consistency for the Packers this season despite dealing with difficult off the field issues like his wife’s battle with lung cancer and the death of his sister-in-law at the age of 30 due to ovarian cancer.

“We wrapped our arms around him and supported him. He’s been through a lot this year. I mean, he really has. He is a great friend and a great locker room presence for us,” Packers quarterback Aaron Rodgers said of Crosby.

Crosby is in his 13th season with the Packers and is the franchise’s all-time leading scorer. This year, he had to fight for his job during training camp with Sam Ficken, but the veteran kicker won the battle and has shined all season.

In 12 games, Crosby has been perfect on all 33 extra points and has made 14-of-15 field goals including a 47-yarder in the snow and wind against the Giants and the game winner on the game’s final play against Detroit.

After the Giants game, LaFleur awarded Crosby a game ball. “We all feel for him, but for him to come through for this football team means a lot to everyone in that locker room and in this organization,” LaFleur said. “He’s played at a high level all year long, a Pro Bowl level, and I’m just happy that he’s a part of what we’re doing here.”

Crosby is one of only four players left on the Green Bay roster from the 2010 Super Bowl championship team.