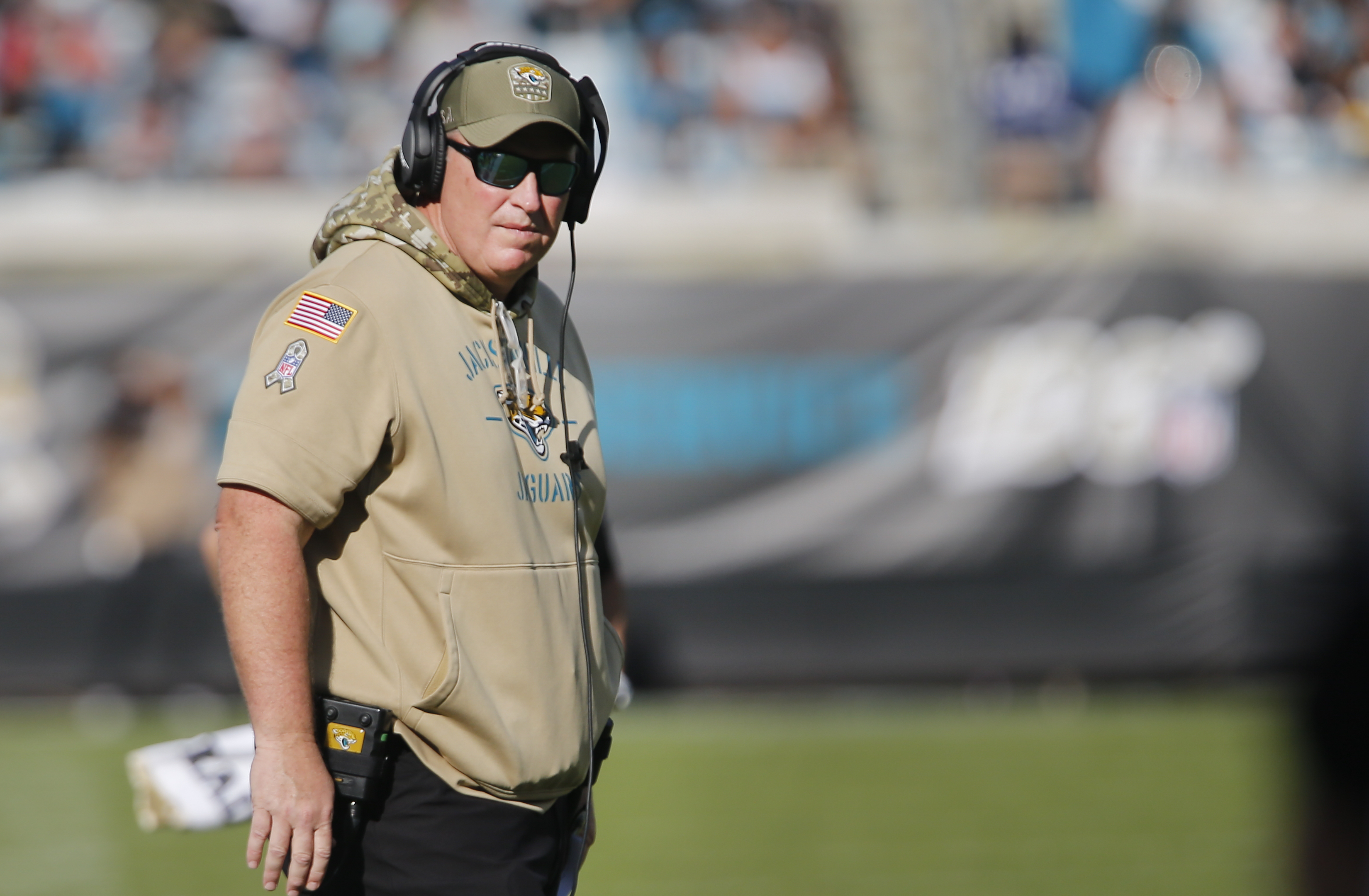 The Jacksonville Jaguars appear poised to make some major changes this offseason, and it’s really just a matter of who’s staying, and who’s going.

Jacksonville has been arguably the worst NFL team in the second half of the season, getting blown out in lopsided contests that they haven’t even been competitive in. As such, executive vice president of football operations Tom Coughlin could even be relieved of his duties, as well as head coach Doug Marrone and general manager Dave Caldwell.

On the personnel side, the Jaguars have a difficult decision to make at quarterback, having signed Nick Foles to a massive four-year, $88 million contract earlier in the year. Still, it’s been clear that rookie sensation Gardner Minshew has outplayed him, especially in last Sunday’s game, when the offense was completely stagnant until the young signal-caller entered the contest and gave the team life, leading them on some long drives, while Foles could barely pick up a first down.

Foles’ poor play may not earn him an exit, though, apparently. A report from Bleacher Report states that the Jaguars may look to keep Foles, while instead firing Marrone.

The Jaguars aren’t exactly a well-run organization, and letting the architects of this team — Caldwell and Coughlin — skate by wouldn’t be a wise decision. Not only that, Foles has shown he’s not the guy to run this offense, and Minshew has outplayed him. However, a new coaching staff would bring a new scheme, and it’s possible that they believe they could tailor the offense to fit his strengths. Still, it’s often the right move to dump the veteran, and keep the young star, as it relates to quarterbacks.