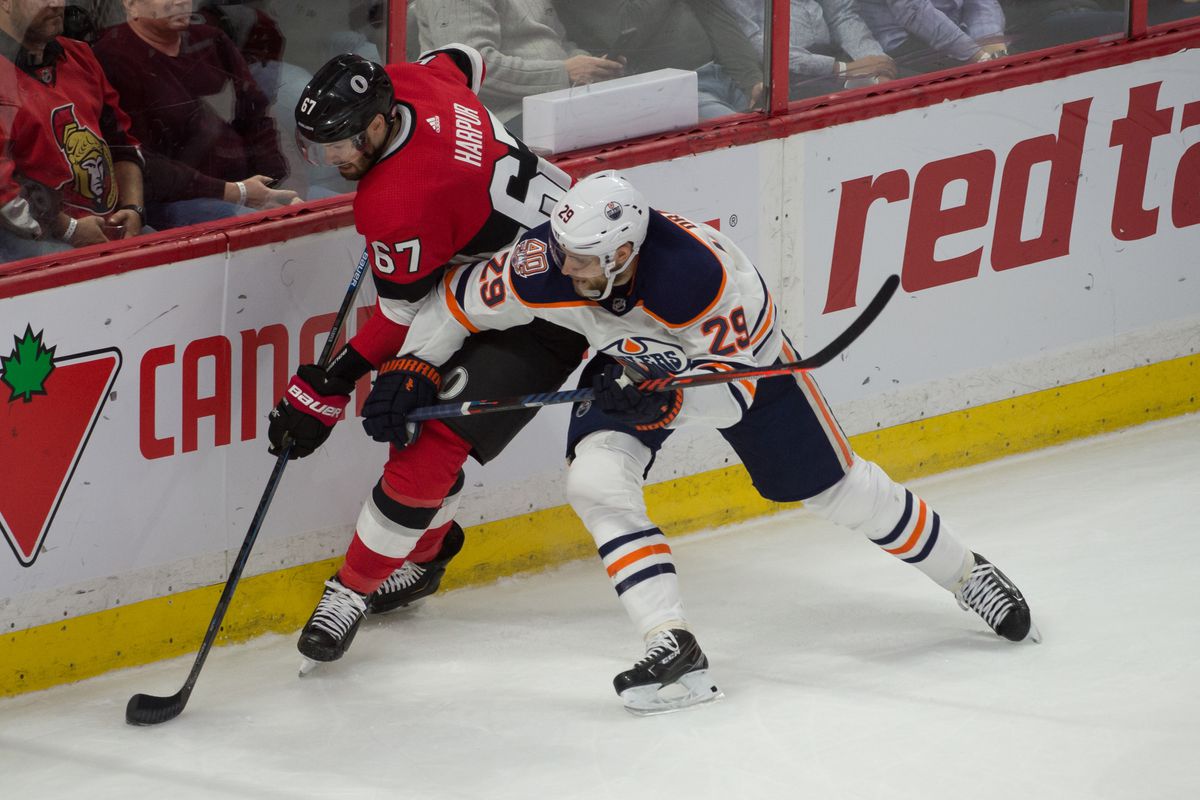 The Edmonton Oilers return home for their longest home stand of the season thus far. They open the four-game stint tonight against the Ottawa Senators. It is the first of two meetings on the season between the foes. The Oilers have been off since Sunday, while the Senators lost 5-2 last night in Vancouver.

The injury bug continues to hit the Oilers. Ryan Nugent-Hopkins remains out, while Zack Kassian will miss his second consecutive game. Matt Benning is again on IR with a head injury, while Kris Russell is now off the NHL roster. He missed Sunday’s game for the birth of his second child. All the best to the Russell family.

Mikko Koskinen starts for the Oilers, while Marcus Hogberg gets the nod for the Senators.

Edmonton: A fast start tonight is key. The Senators are one of the worst teams in the NHL and played last night. They didn’t get to Edmonton until early this morning and will be gassed. If the Oilers can get to the unproven Hogberg early, they could break the Senators and control the game throughout. Jump on this Ottawa team early and make them want to quit.

Ottawa: Play with a little more bite. The Senators really didn’t have much urgency last night in Vancouver. Even though the Oilers are banged up and missing some key players, they are still a dangerous team. The Senators have to be hard on pucks and must attack the puck carrier.

Edmonton: Joel Persson is back. The Swede was recalled from AHL Bakersfield yesterday and is likely to return to the lineup tonight. Gaetan Haas has been a much better player after a short AHL stint. Will the same apply to the swift skating Persson? The Oilers could use his puck skills from the blueline.

Ottawa: Brady Tkachuk leads the NHL in expected goals per 60. Yes, Brady Tkachuk of the Ottawa Senators. Many people scoffed at the Senators for selecting him in 2018, but Tkachuk has emerged as a star on a rebuilding Senators team. He’s worth your attention during this game.

The Oilers will be without Nugent-Hopkins, Benning and Kassian tonight. Brandon Manning is expected to be scratched on defense. Caleb Jones and Stuart Skinner were assigned to the AHL, while Persson was recalled. Mike Smith is healthy enough to backup tonight.

Kris Russell skated yesterday, but his status for tonight is uncertain.

The Senators are without veteran Craig Anderson, who is currently on IR. Scott Sabourin, who suffered a scary injury in Boston on November 2nd, is still out with a concussion. Marian Gaborik and Cody Goloubef are also injured.

This matchup has been a nightmare for the Oilers as of late. The Senators have won five straight trips to Rogers Place/Rexall Place, including an overtime victory last March. The Senators are scoring four goals per game during that stretch and have converted on 40% (!) of powerplay chances in those games.

The good news? Edmonton collected three of a possible four points in the series last year.

The ‘Dynamic Duo’ has just been on a different level. Draisaitl and McDavid are the sixth and seventh different players in the last 25 years to reach the 50-point mark in 29 or fewer games. That comes from the club’s official website.

Tonight’s special teams battle is decidedly in Edmonton’s favor on paper. The Oilers are first in the NHL on the powerplay (32.5%) and second on the penalty kill at 87.1%. Ottawa? They have the league’s worst powerplay, scoring on just 9% of chances this season (8-for-89).