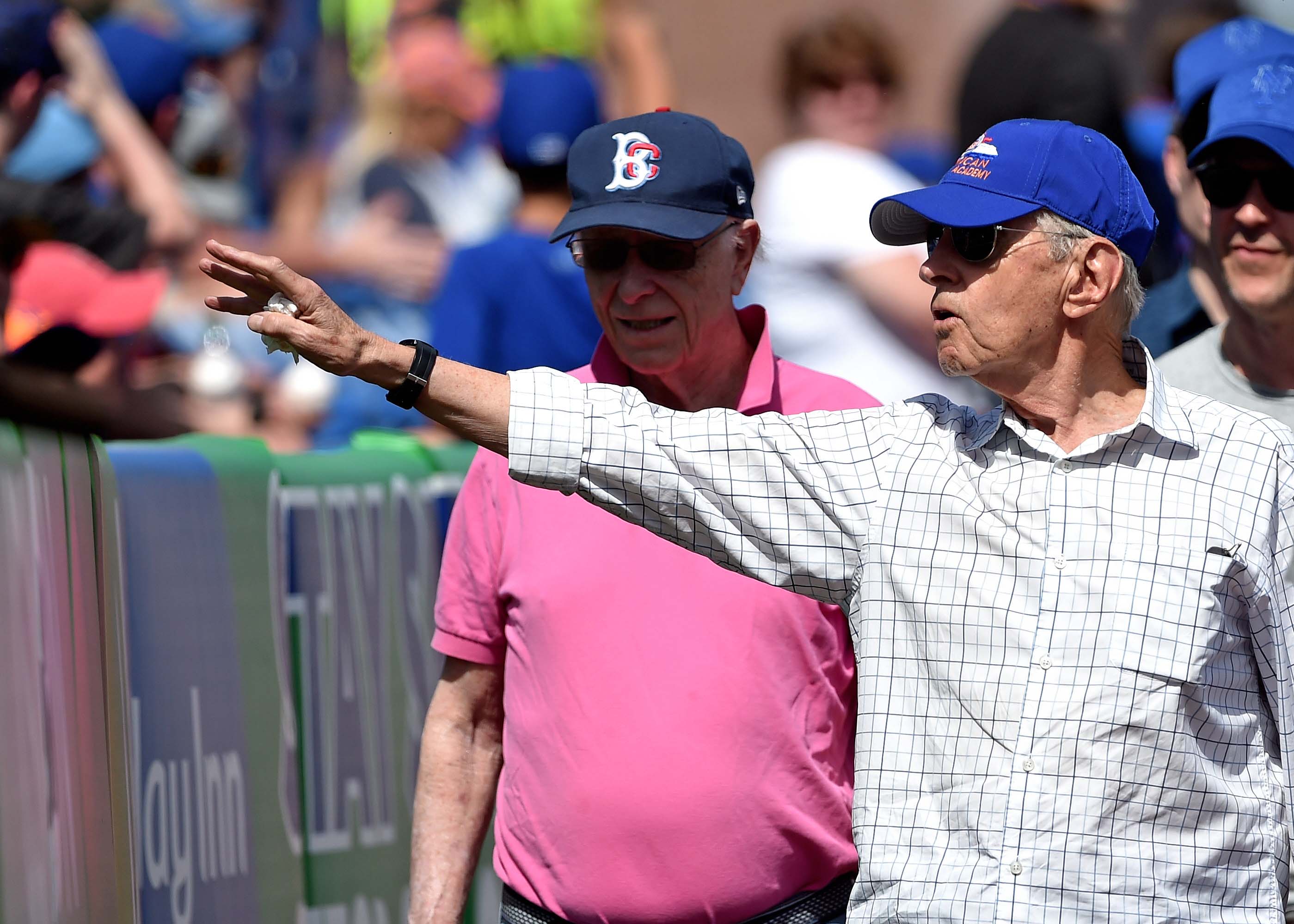 The New York Mets lost Zack Wheeler in free agency today, but they are gaining a new owner in five years. News broke this afternoon that the Sterling Group, Fred Wilpon’s company that owns the majority share of the Mets, is in negotiations with minority partner Steve Cohen to increase his investment in the team, Ken Rosenthal of The Athletic reports.

BREAKING: The Sterling Partners and Steve Cohen are negotiating an agreement in which Cohen would increase his investment in the #Mets, per source. Fred Wilpon will remain Control Person and CEO for five years and Jeff Wilpon will remain COO for five-year period as well.

Newsday’s Tim Healey reports that Cohen will become the new majority owner after the five year transition period is up, ending a run of ownership that extends back to 1980, when Nelson Doubleday and Wilpon bought the team from the Payson family.

More info: Steve Cohen's upped stake will be a majority stake — so he will be the Mets' owner, a source says.

After the five-year window during which the Wilpons keep their titles, Steven Cohen will be the Mets' "control person," which is basically baseball's term for owner. https://t.co/VAyaqjoGwA

The sale would cost about $2.6 billion, and Cohen would become baseball’s richest owner with a net worth of $9.2 billion. Mike Puma of the New York Post reports that Cohen is planning to be much more active in pursuit of the best talent, news that will be music to the ears of Mets’ fans.

A person who is friends with the Mets' new perspective owner in five years, Steve Cohen, says Cohen "will play the game at the highest level" in regards to spending on players.

It is worth mentioning that Cohen doesn’t have a squeaky clean past, having plead guilty to insider trading back in 2013. Cohen paid $1.8 billion in fines and the hedge fund associated with the insider trading pled guilty to wire fraud and four counts of securities fraud.

The terms of the sale would see Cohen, who became a minority owner in 2012 and currently owns an 8% stake in the team, increase his share to 80% of the franchise. Cohen would have complete control of baseball operations after the Wilpon’s term is up in five years, and one would assume that he will start voicing his opinions sooner rather than later in terms of how the franchise should be run.

This is a seismic change for the Mets, who have become lightning rods with their fan base for their lack of spending. That could change with Cohen, who grew up rooting for the Mets and no doubt wants to build a winner in Queens. The Wilpons still have control of things for the next five years, but there is some light at the end of the tunnel for Mets’ fans looking for an ownership change.