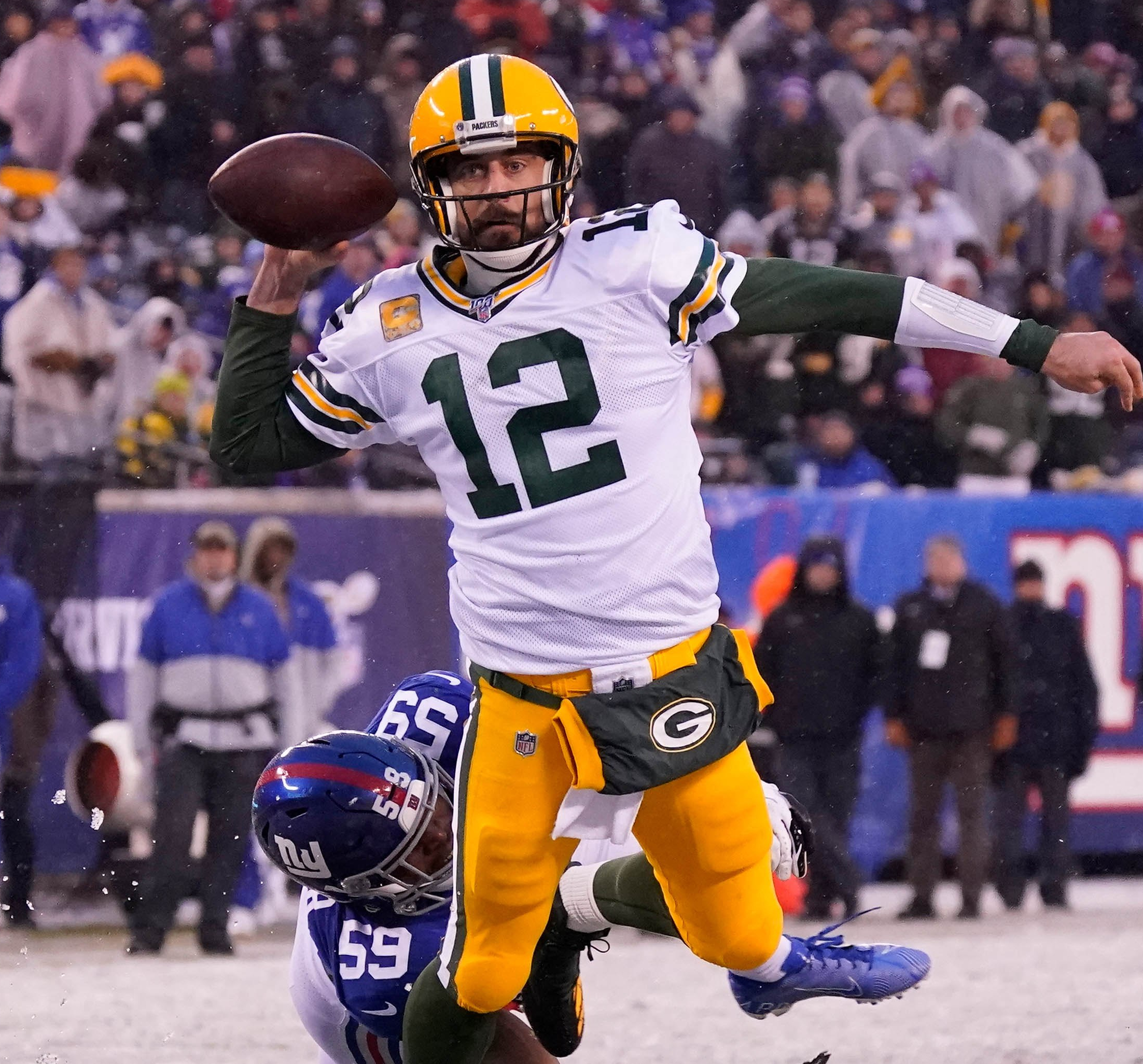 It was an interesting week 13 of the 2019 National Football League regular season. Despite the colder weather in New York, the Green Bay Packers had no problems passing the football. At 9-3, Green Bay definitely is a Super Bowl contender, as shown in one of the most complete performances of the season. Here are the top five offensive performers from Thanksgiving weekend.

5) Jared Goff–Los Angeles Rams–In what was his finest single game performance of 2019, Jared Goff of Novato, CA was dominant in leading the Rams to victory. He completed 32 of 43 passes for 424 yards and two touchdowns in a convincing 34-7 victory over the Arizona Cardinals. With the win, it improves the Rams to 7-5 and one game back of the Minnesota Vikings for the final playoff spot in the National Football Conference.

4) Mitch Trubisky–Chicago Bears–Going into Detroit on a short week on Thanksgiving Day can be intimidating for many NFL quarterbacks. However, Mitch Trubisky of Mentor, OH was cool as a cucumber. Trubisky had his finest performance of 2019. He completed 29 of 38 passes for 338 yards, three touchdowns and an interception as the Bears beat the Detroit Lions 24-20. The Bears have now won two straight and got back to the .500 mark in the NFC North.

3) Ryan Fitzpatrick–Miami Dolphins–Miami made headlines in week 13 when head coach Brian Flores decided to execute a trick play as punter Matt Haack threw a touchdown pass to kicker Jason Sanders. However, the play of Dolphins quarterback Ryan Fitzpatrick of Gilbert, AZ cannot be overlooked. Fitzpatrick completed 27 of 39 passes for 365 yards, three touchdowns and one interception in a 37-31 Dolphins upset win over the Philadelphia Eagles. With the win, the Dolphins played spoiler as they prevented the Eagles from moving into a first place tie with the Dallas Cowboys in the NFC East.

2) Deshaun Watson–Houston Texans–In a great primetime matchup Sunday night, the Houston Texans beat the New England Patriots 28-22 in a battle of AFC division leaders. The Texans got a great performance from Deshaun Watson of Gainesville, GA. Watson completed 18 of 25 passes for 234 yards and three touchdowns. However, on another play of trickery, Watson caught a touchdown pass from Texans wide receiver DeAndre Hopkins, that completely fooled the Patriots D, which has been excellent in 2019.

1)Aaron Rodgers–Green Bay Packers–The poor weather and snowy conditions at MetLife Stadium simply did not faze Aaron Rodgers of Chico, CA. Rodgers, who is starting to heat up off the field due to his high profile relationship with race car superstar Danica Patrick, showed the football world he has what it takes to heat up on the field. He completed 21 of 33 passes for 243 yards and four touchdowns in a 31-13 Packers win over the New York Giants.