Your Morning Dump...Where Gordon Hayward has moved onto contact (!) drills 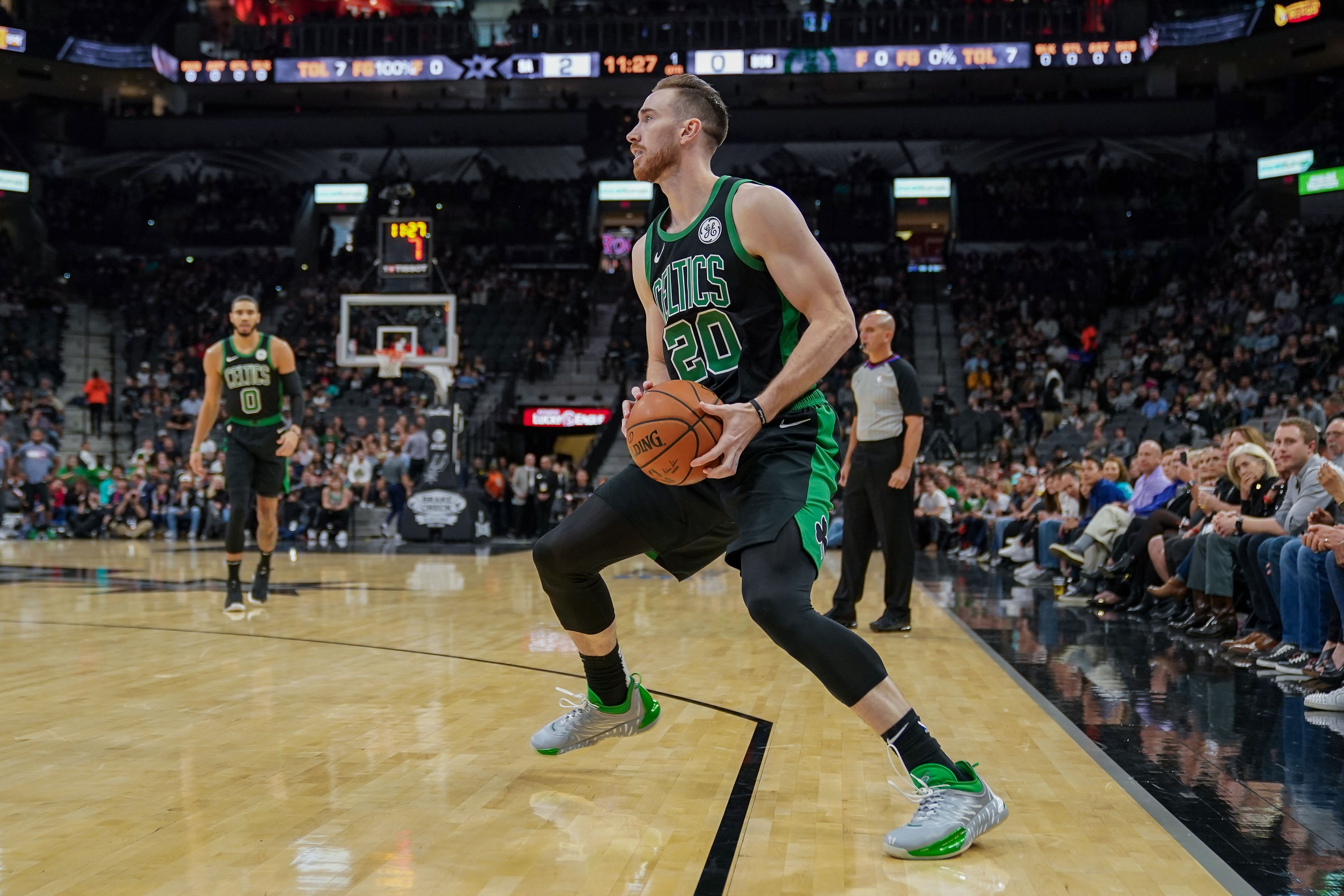 Your Morning Dump...Where Gordon Hayward has moved onto contact (!) drills

After declaring himself ahead of schedule over the weekend, Gordon Hayward was able to progress to contact drills with Celtic coaches yesterday in practice. It’s the first time since his injury back on November 9th that he’s had any sort of contact and he was able to see firsthand how his body responded to the change of pace.

“I think it’s going to be a little while, and plus I was right-hand-dominant anyway. So it’s definitely going to probably not be the exact same, but get it more strengthened so the percentage is closer to my right.”

While in reality, Hayward has taken a step forward, it’s hard not to feel like this may be a step back after the optimism over the weekend. He also said that he now is uncertain about when he’ll be able to return to the lineup. All injuries feel great until they’re exposed to contact and in this case, Hayward may have to wait and see how it responds overnight to get a better feel for what he’s looking at in terms of further missed time.

“It’s definitely something where, hopefully not the rest of the season, but certainly a lengthy part of the season, I’m going to have to continue to get treatment, continue to ice it and kind of manage some of the symptoms,” Hayward said. “I don’t want it to get hit again, but I’m sure it will get hit again, and when that happens, it’ll be sore. So I’ll manage that.”

The main silver lining here in all of this is the fact that it is his left hand. Even though he still uses it, this would be a completely different story if it was his right and he had to consistently put stress on it while shooting the basketball. Thankfully, it isn’t, but at the same time, the line that is a tad bit concerning is the “I don’t want it to get hit again” line.  Reading between the lines and playing devil’s advocate suggests that he may be favoring it when he returns. I remember last season watching him favor his ankle and it was something that made him look more like pawn than a king.

The best-case scenario would be him just getting used to the soreness in the next week or so and playing through it like it’s business as usual. The more confident he is using that hand the better and the next few days will be insightful into what we should expect in terms of a return date and his effectiveness upon return.

Lastly, he’s been able to keep his conditioning up while he’s been out which is going to be massive when he does lace them back up.

“It’s been great,” he said. “This injury is nothing compared to the last one. Any time you just injure something in your upper body, at least you can be doing legs and moving around. Jumping, that’s huge, in my opinion.”

It won’t look like he’s moving with a piano strapped to his back and his usual explosiveness should still be apparent when he gets back. All in all, while it wasn’t the crystal clear progress we wanted, it’s progress nonetheless.

And that my friends, that’s just showbiz baby.

Page 2: Where Marcus Smart is sore and sick.

“Status for (Wednesday) I believe is doubtful,” Brad Stevens said after Tuesday’s practice, which Smart not only missed because of soreness, but also an illness.

Just to rehash everyone’s memories, this is the play where Marcus Smart injured his oblique Sunday in New York:

Marcus Smart just headed to the locker room after taking an elbow to his oblique area pic.twitter.com/L5BA3GP5yK

This guy really just cannot catch a break out there, it’s preposterous. One day it’s an ankle, the next it’s a hand, now it’s an oblique, then all of a sudden he’s bitten by a shark and is still trying to play in the next game. I can’t think of anyone who has had as many injuries this early in the season as Smart and hasn’t missed a single game. They literally need to bar him from the stadium, get him a ball and chain, or physically arrest him to keep him off of the court. While concerning, that’s why we love him and why I would take an irrational bullet for him.

It seems as though his games played streak here will officially come to an end Wednesday night (hang the proverbial banner). If I know one Marcus Smart, I would expect him to be on the court Friday night Vs. Denver. Brad Stevens was also asked about some possible load management for Smart down the line (LOL).

If there is indeed some kind of load management plan in the works for Smart, though, it has yet to be discussed.

“I haven’t talked to him about that specifically, but he’s only going to play if he’s 100% or close,” said Stevens. “We’re open to that with any of the guys. We’ve talked to them about it. And if our training staff thinks there’s something that is really nagging a guy then they will certainly suggest it.

Not many things make me laugh out loud like the term “load management” and “Marcus Smart” in the same sentence. I guarantee all of you one thing: Marcus Smart will absolutely not be taking any sort of load management even if his entire existence depended on it. In the meantime, guys like Carsen Edwards and Brad Wanamaker are going to have to step up in his absence as Jimmy Butler and the white hot Heat come to town.