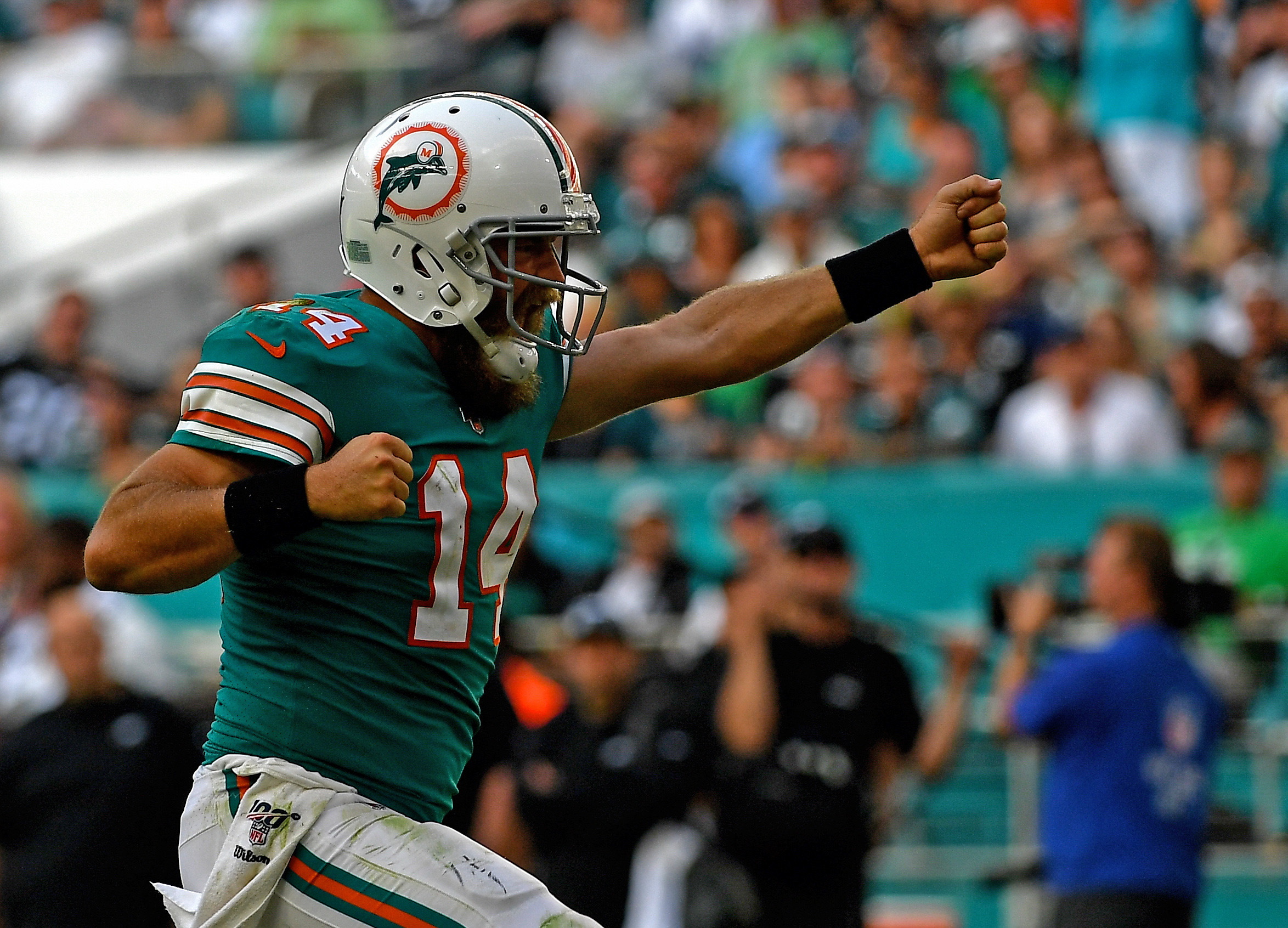 Fitz has played for one-third of the NFL’s teams, having had a child in every state he’s played in as well — a feat even Philip Rivers hasn’t been able to pull off — and he continues to put up solid numbers, even throwing to a group of no-name receivers (aside from DeVante Parker).

The Dolphins shocked the world when they upset the Eagles as double-digit underdogs last Sunday, and the talk of them finishing the season winless has quickly turned to seeing them having won three games. Credit Fitzpatrick for a good chunk of it, as he’s been exponentially better than Josh Rosen.

Fitzpatrick is sure feeling himself, especially in looking at comments he made to reporters this week.

“Personally, I feel like I’m better than I’ve ever been,” he said, via The Palm Beach Post. “In terms of what I’m doing and my focus and preparation and going out there with a group that I have, my confidence is at an all-time high.”