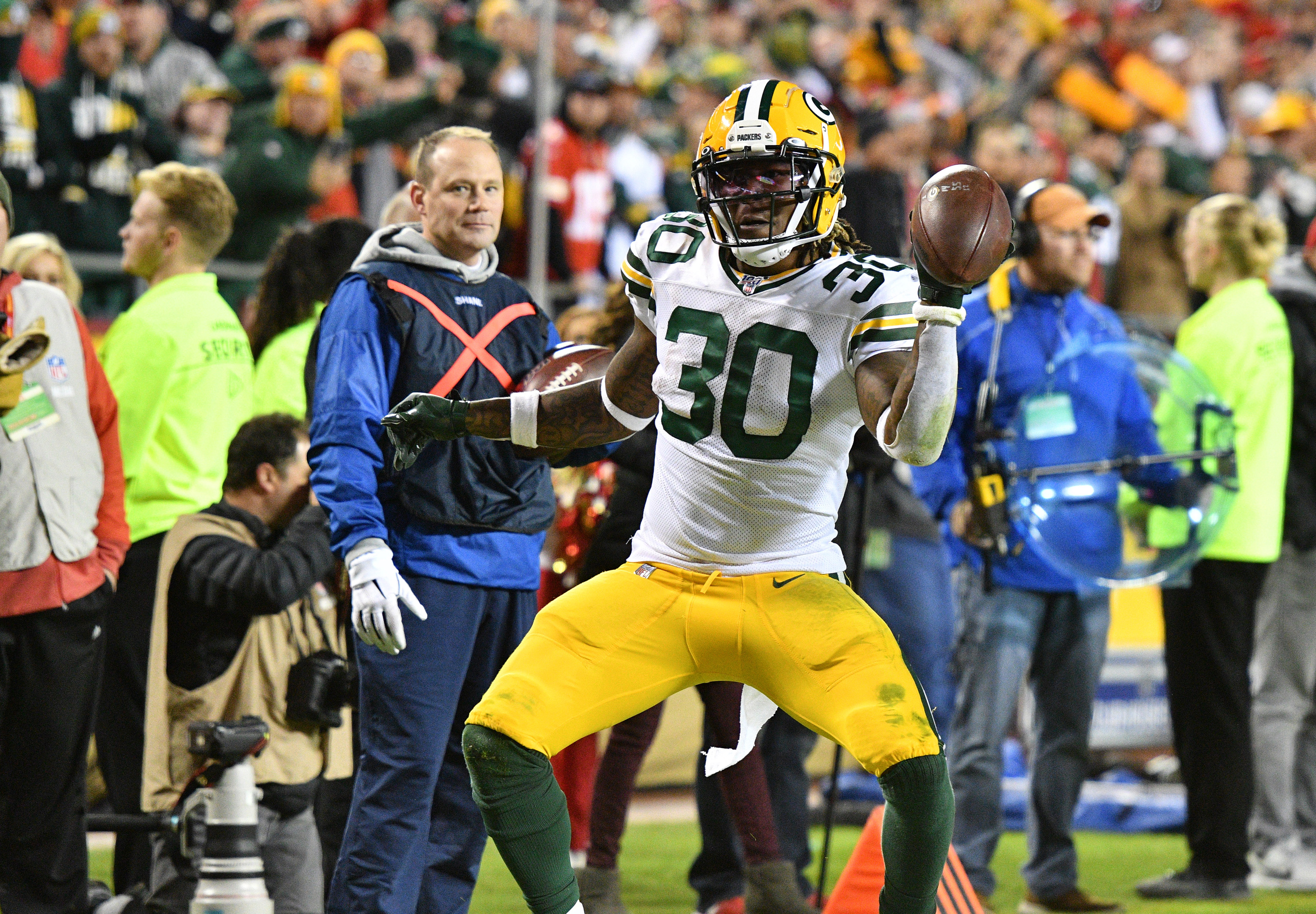 Every NFL team has some unusual things happen to them over the course of the season and the 2019 Green Bay Packers are no exception. Through 12 games, the team has been won nine times and is in middle of a close race for a playoff berth, the NFC North title and a possible first-round playoff bye. But there are still some unexpected numbers that Packers players or the team have put up over the course of the season.

Here is a look at five unusual or unexpected statistics that the Packers have through 12 games this season:

1. Who Leads the Team in Touchdown Catches?

Before the season, Davante Adams was the runaway favorite to lead the Packers in touchdown catches. But injuries caused Adams to miss four full games and slowed him down in a few others. Thus far, Adams has three touchdown catches with all of them coming in the last two contests.

Nine different players have caught a touchdown pass from Aaron Rodgers this season, but the Packers leader in touchdown passes is running back Jamaal Williams with five. While everybody recognized Williams’ abilities as a receiver, nobody expected him to be leading the team in this category through 12 games.

Adams, Jimmy Graham and Aaron Jones are next in line with three each.

If you break it down by position, the wide receivers have 10 touchdown catches, the running backs have eight and the tight ends have four.

2. The Packers Have Minus-Eight Yards on Punt Returns This Season

That’s not a misprint. On the season, the Packers have nine punt returns for minus-eight yards. It shouldn’t come as a surprise that the three players who have returned punts this year are all no longer on the active roster.

Trevor Davis returned three punts for a total of one yard before being traded to the Raiders. Darrius Shepherd had two punt returns for minus-nine yards before the Packers released him and then Tremon Smith ran back four punts for zero yards before he was let go earlier this week.

The Packers longest punt return for the season is three yards. The safest and best move Green Bay punt returners have made this season is to make a fair catch. That has happened 21 times so far.

The fact that no return specialist has been successful indicates there is a problem with the Packers blocking on return teams. Coach Matt LaFleur said the team must block better down the stretch.

Green Bay is in danger of setting a dubious record for the fewest punt return yards in a season in NFL history. That mark is presently held by the 1965 St. Louis Cardinals who managed a mere 27 yards during their 14-game schedule.

Earlier this week, the Pack signed Tyler Ervin who will be the next candidate to return kicks and punts. Unless Ervin can produce some positive results, the Pack will find themselves in the record book for all the wrong reasons.

3. Davante Adams Is Still on Pace for a Great Season

Although injuries have cost Adams a lot of playing time, he is still on pace for a very solid season if he had played all 16 games.

While these numbers are below his career best statistics of a year ago, they are still good enough to merit Pro Bowl consideration for the former Fresno State star.

Despite an increased emphasis on the running game by their new coach, the Packers are unlikely to have a 1,000-yard rusher this season. The team has not had one since Eddie Lacy did it back in 2014.

Jones also needs eight rushing touchdowns in the final four games to tie Jim Taylor’s club record of 19 in a season set in 1962. He needs just four scores to tie for the second most touchdowns rushing in a season which Taylor accomplished in 1961 and Ahman Green tied in 2003.

Mason Crosby is presently on pace to set the Packers franchise record for field goal accuracy in a season. The Packers all-time leading scorer has hit on 14-of-15 field goals this season which translates to a success rate of 93.3 percent.

The Packers record for field goal accuracy in a season was set by Hall of Famer Jan Stenerud who booted 22 kicks in 24 attempts during the 1981 season for a 91.67 percent accuracy rate.