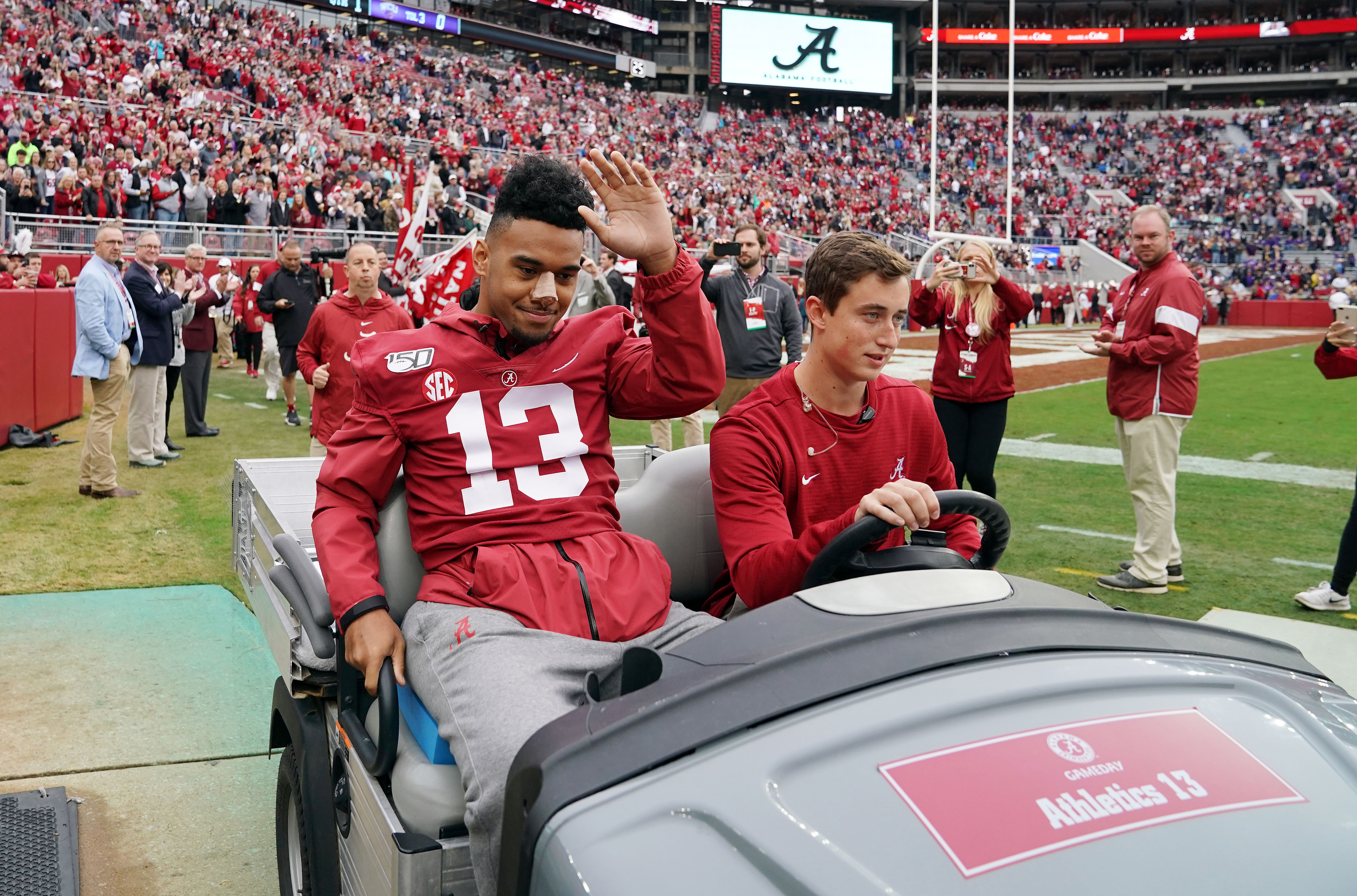 If it wasn’t for a season-ending hip injury, Tua Tagovailoa would easily be in the conversation for the No. 1 pick in next year’s draft.

In fact, “Tank for Tua” was a rallying cry for fans of NFL teams with not so good quarterbacks to start the season up until Tagovailoa’s injury last month. Faced with the difficult decision to return to school or take his chances in the draft, the Alabama quarterback is still undecided, but as Tagovailoa admitted to reporters on Thursday, it would be tough to pass up being a top 10-15 pick.

With draft preparations still months away, it’s unclear where Tagovailoa could go. Some say he’s still a top-10 pick, others say he could fall out of the first round, but that’s impossible to predict without knowing where he’s at physically. While he’s expected to make a recovery from the hip injury that cut his junior season short, teams will also take in consideration that he’s also had to battle ankle injuries the past couple of seasons.

But if Tagovailoa hears he’s a lock to go top 10-15, then he may want to go pro now while his stock is still high because there’s no guarantee he’ll be as coveted after another year at Alabama.