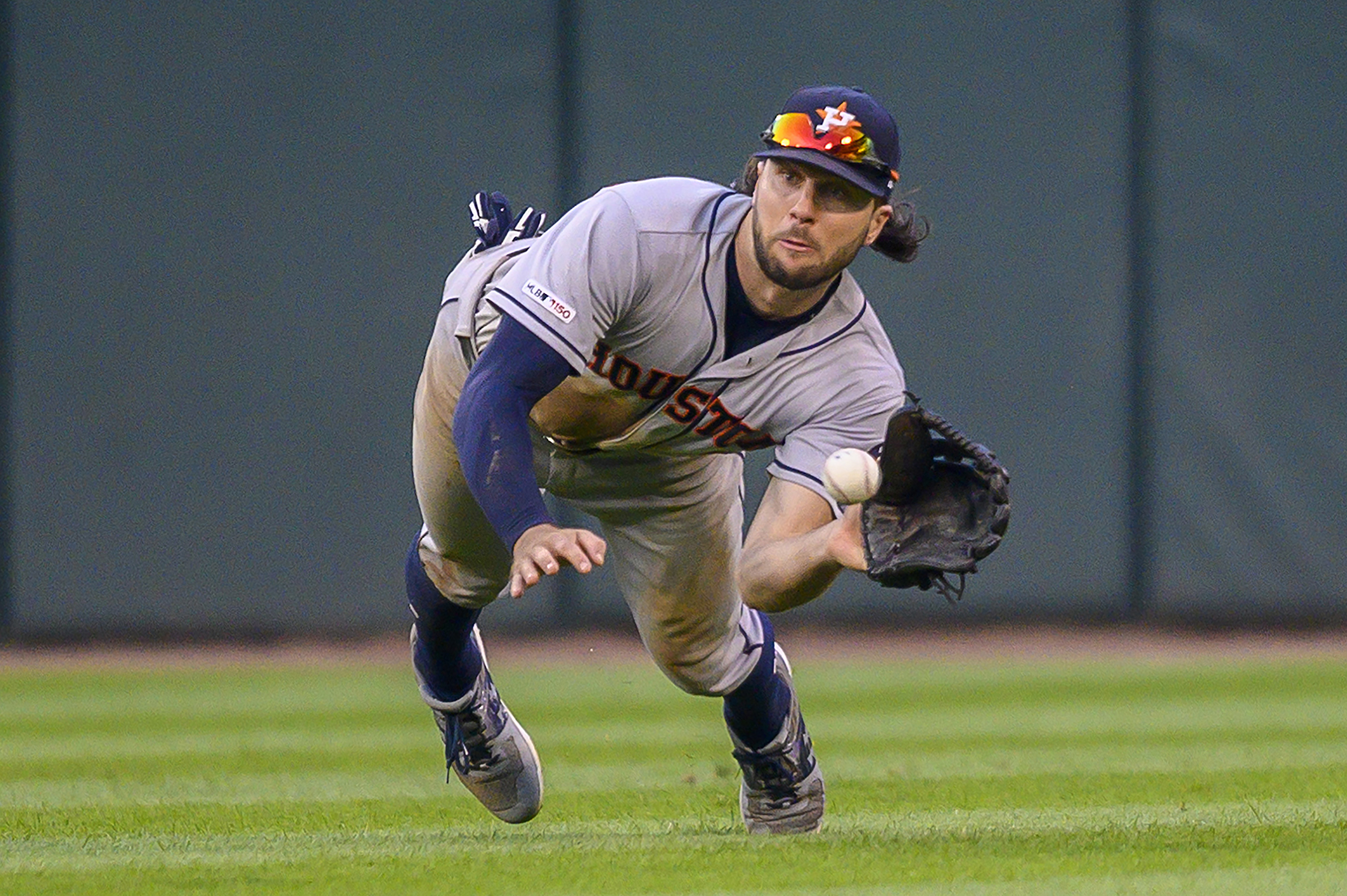 The Houston Astros traded outfielder Jake Marisnick of Riverside, CA to the New York Mets on Thursday for minor league southpaw pitcher Blake Taylor of Orange, CA and minor league outfielder Kenedy Corona of Maracaibo, Venezuela. The Mets will be Marisnick’s third Major League Baseball team. In addition to playing six seasons with the Astros, he has played two seasons with the Miami Marlins.

In 2019, Marisnick was primarily a fourth outfielder on Houston. He was behind Michael Brantley, George Springer and Josh Reddick on the Astros outfield depth chart. Marisnick would normally come in late in the game for his defense. However, he did make a key error in the ninth inning of the seventh game of the 2019 World Series which allowed Victor Robles to score on a Adam Eaton single. The Nationals would have won the World Series regardless, but the error allowed Washington to build their game seven lead to four runs heading into the bottom of the ninth inning.

Marisnick might mot have been put in the best opportunity to showcase his skills in Houston. In order for him to be productive in the Mets lineup, he will need to be more consistent than he has been in three of the last four seasons. In 2016, Marisnick only batted .209 and in 2018, he only batted .211. Also, while with the Marlins, Marisnick batted 22 points below the Mendoza line at .178 in 54 games. Marisnick is only a .227 hitter in 685 Major League Baseball games.

Marisnick did win a World Series in 2017. However he was not on the Astros playoff roster because of a thumb injury.

It will be interesting how the Mets decide to use Marisnick. He will have the opportunity to be taught by a great outfielder in newly acquired manager Carlos Beltran. Right now, expect him to probably platoon in center field with Brandon Nimmo. However, Beltran will also need to find a way to get the bats of Michael Conforto and J.D. Davis in the lineup as well, who both hit with more consistency than Marisnick.