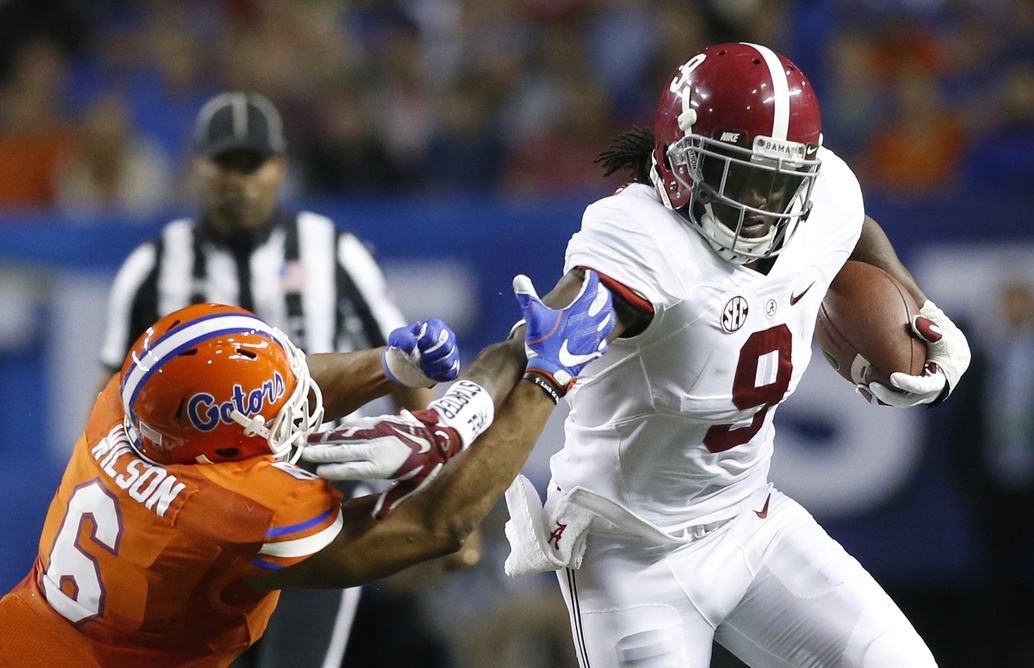 By the early parts of Sunday morning, college football fans will know who the newest conference champions are and will probably have a pretty good idea what the College Football Playoff will look like.

This weekend’s slate of games will feature some match-ups that we’ve seen before in the conference title game. Conference championships are relatively new as the SEC was the first conference to play such a game in 1992.

With that in mind, here’s a look at the most common match-ups in conference title games:

Meetings: 4
Record: Marshall leads 3-1
Results: 1997: Marshall 34-14; 1998: Marshall, 23-17; 2001: Toledo, 41-36; 2002: Marshall, 49-45
Overview: Marshall is no longer a member of the MAC, but the Thundering Herd did reach the MAC Championship in each of their first six years as an FBS program. In four of those match-ups, the opponent was Toledo. Three of the four match-ups were decided by six points or less. Since Marshall won a 49-45 thriller in 2002, Toledo has appeared in the MAC Championship just once. Marshall left the MAC for Conference USA in 2005 and has twice played for the conference crown.

Meetings: 4
Record: LSU leads 2-1
Results: 2003: LSU, 34-13; 2005: Georgia, 34-14; 2011: LSU, 42-10; 2019: Saturday
Overview: Saturday’s meeting in Atlanta will come with a playoff spot on the line and will be the fourth SEC Championship meeting between the schools. To this point, none of the games have been closer than 20 points. LSU played for a national championship following each of its previous two wins over Georgia.

Meetings: 3
Record: Texas leads 2-1
Results: 1996: Texas, 37-27; 1999: Nebraska, 22-6; 2009: Texas, 13-12
Overview: Nebraska is no longer a member of the Big 12, but during its time in the conference, it made more title game appearances than any other North division team. Three of its six Big 12 Championship appearances came against Texas, including in the inaugural Big 12 Championship. In that contest, Texas stunned the Cornhuskers and ruined their national championship hopes. Nebraska nearly ruined Texas’ title hopes in 2009, but Hunter Lawrence kicked a 46-yard field goal as time expired to give the Longhorns the victory. Nebraska left the Big 12 for the Big Ten in 2011 and since then, both the Longhorns and Cornhuskers are 0-1 in conference title games.

Meetings: 3
Record: Ohio State leads 2-0
Results: 2014: Ohio State, 59-0; 2017: 27-21 2019: Saturday
Overview: Ohio State and Wisconsin will meet in the Big Ten Championship for the third time in six years on Saturday. Ohio State won the first two. The Buckeyes needed to make a statement in 2014 as it was on the outside looking in as far as the College Football Playoff was concerned and blasted the Badgers, 59-0, en route to their first national title in 12 years. The 2017 contest was a bit closer, but Ohio State prevailed. Since the Big Ten went to an East and a West division, the East is 5-0 in the conference title game.

Meetings: 3
Record: Tulsa leads 2-1
Results: 2005: Tulsa, 44-27; 2007: UCF, 44-25; 2012: Tulsa, 33-27
Overview: UCF and Tulsa are now members of the American Athletic Conference, but during their times in Conference USA, each made the Conference USA Championship four times. Three of those times pitted the teams against one another. Tulsa went 2-1 in those contests with a 33-27 win in 2012 being the only close title game between the teams. Since moving to the AAC, UCF has won a pair of conference championships and played in two New Year’s Six bowls. The Golden Hurricane have yet to make a title game appearance.

Meetings: 3
Record: Boise State leads 2-1
Results: 2014: Boise State, 28-14; 2017: Boise State, 20-17; 2018: Fresno State, 19-16 in overtime
Overview: Boise State will be playing in the Mountain West Championship for the fourth time on Saturday and for the first time, the opponent won’t be Fresno State. The teams have met three times for the conference crown, including in each of the last two seasons. Both of those were decided by three points with Fresno State beating the Broncos for the first time last season in overtime, 19-16. Come Saturday, both the Broncos and Bulldogs will have played in four Mountain West Championships.