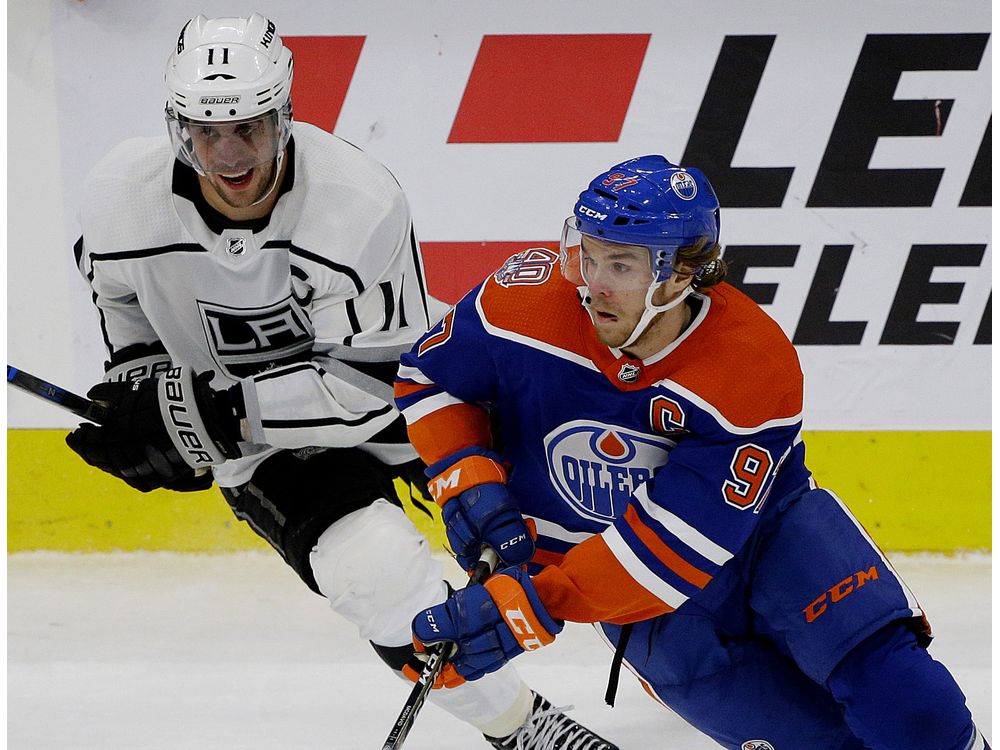 The Edmonton Oilers are taking on water, as the club has lost three of their last four games and seen their cushion on the Pacific Division start to shrink. The Oilers need to put together a winning streak, and it needs to start tonight.

The Oilers host the Los Angeles Kings for the second and final time this season season. It is also the third of four meetings between the teams, who split the first two meetings. The home side has won both games thus far.

Mikko Koskinen starts for the Oilers, while Jonathan Quick gets the nod for the Kings.

Edmonton: Play a full 60 minutes. It really shouldn’t be that much of an ask, but it has been lately. That was especially true on Wednesday night when the Oilers were outworked by a lesser Senators team for the final forty minutes. The Kings did it to Edmonton a few weeks ago as well. The Oilers badly need a determined, 60 minute effort tonight.

Los Angeles: Keep doing what you do. I have no idea why, but the lowly Kings have had a field day with the Oilers this season. LA has scored at will in the season series and has given the Oilers fits. Play within the system and the goals should come in this matchup.

Edmonton: When Leon Draisaitl plays a bad game, he makes up for it. Draisaitl played his worst game of the season against the Senators, failing to produce much offensively, looking lazy defensively and taking bad penalties. That’s not his game. This is an elite player that had a bad night. Expect him to make good on that. I also doubt he has forgotten about the last meeting between these two.

Los Angeles: Tyler Toffoli kicked off the scoring the last time these two teams met. The veteran sniper has enjoyed a bounce-back year of sorts and will likely be traded around the deadline. He absolutely should be on Ken Holland’s wish list as we approach 2020.

Ryan Nugent-Hopkins and Zack Kassian skated Friday morning, but neither will return to the lineup tonight. Kassian is aiming to play on Sunday against Buffalo. Brandon Manning sits on defense, while Colby Cave is scratched among forwards.

The Kings are rolling with a similiar lineup to the last meeting, which really comes as no surprise. They have scored at will against the Oilers this season.

Although the Kings have scored at will against the Oilers, their offense ranks as the third worst in the entire NHL. LA is averaging just 2.52 goals per game this season under Todd McLellan.

The home team has won both games in this series. Edmonton won a shootout in regulation 6-5 on October 5th at Rogers Place. The Kings struck back with a 5-1 victory on November 21st at Staples Center. The Oilers have won seven of their last eight against the Kings at Rogers Place.

The Edmonton Oilers slipped to second place in the Pacific last night via Arizona’s victory in Philadelphia. It is the first time in 58 days that Edmonton has been out of the top spot. They can reclaim it with a win and a Coyotes loss in Pittsburgh tonight.